God bless Ace! I mean the boy has some kind of energy. Honestly, there are times when I’m like… Yeah, that’s fun but.. Perhaps I’m just tired lately. LOL… Although, I have to admit… I do love James Cameron. Aliens is a classic and it’s frakkin’ amazing. Amazing!

Not to mention Terminator, Avatar, and more… Damn… I should have gone!

Check out Ace’s recap about meeting the Titanic director after the jump!

I was awoken late one night with a phone call from Wheels and Mr. C… Apparently James Cameron was doing something later that day. Having nothing better to do that morning, I obliged and gladly agreed to carpool on this journey…

I will be honest… I viewed James Cameron signing videos many, many times… I had never heard a nice thing about him. Regardless, if he signed or not, I would remain a fan. I was raised on his films: Aliens, Terminator, Terminator 2, Titanic, and the list goes on. I will add, while I never understood the appeal for Avatar, I do like the technological advances brought by the film.

His films have done tremendously well and he is arguably among the top 20 filmmakers to ever grace film with their talent. Regardless, on to the recap! 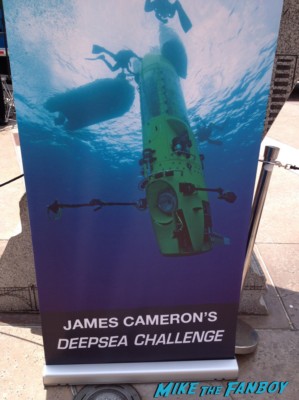 I got to the venue around noon. It was a big celebration to send the Sea Explorer on its journey cross-country to reach its final resting place in Massachusetts. 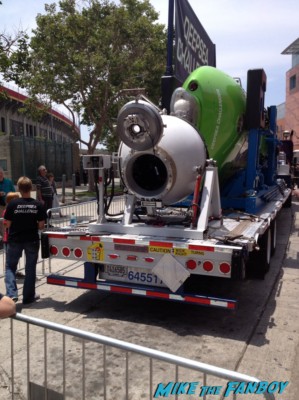 Cameron reached the deepest part of the ocean, the Mariana Trench, in the Deep-sea Challenger. He was the first person to do this in a solo descent, but the third person to ever do this in general. Therefore, it granted a celebration! 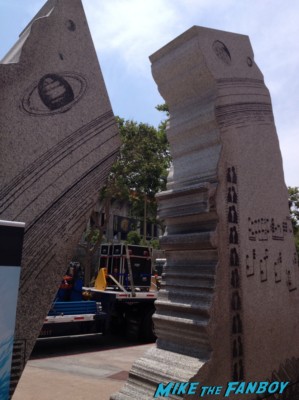 Shockingly, there were not a lot of people… I was expecting a lot more! I did not complain! I know Mr. Cameron tweeted it many times and I am sure MUSE advertised it as well. 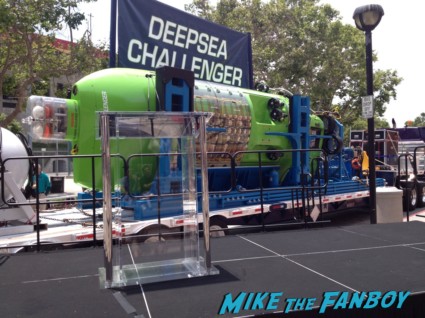 We waited until the ceremony commenced. I took several pictures of the Challenger and was astonished that Mr. Cameron actually fit in the pod. If you have ever seen him in person, he is rather tall.

It was only a short time before the event commenced. Suzy Amis was the first to appear. 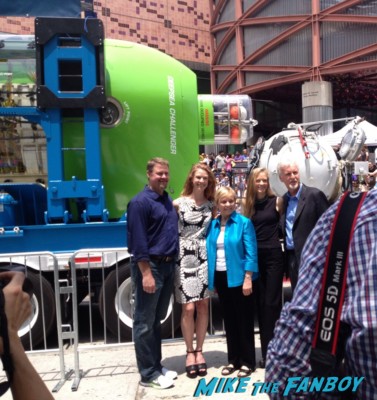 She took several pictures with her family in front of the Challenger. 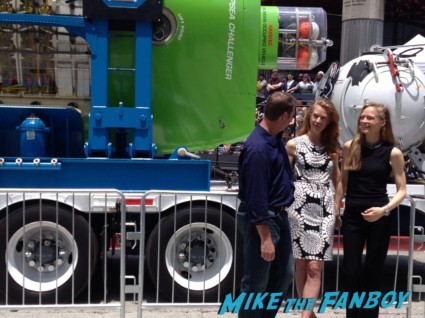 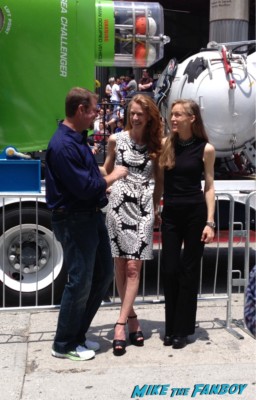 It was only moments before James Cameron appeared to join them. 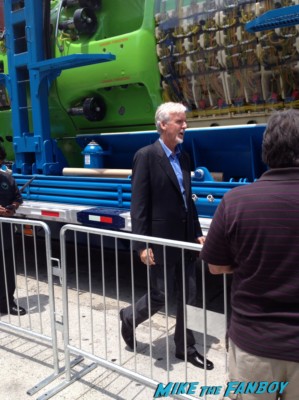 After the photo session took place, James and Suzy walked around the Challenger to eventually take the stage. They both spoke, and were given acknowledgement by the city of Los Angeles.

The ceremony ended after 30 minutes and they quickly attempted to send the Challenger on the way. It took us several attempts to get James Cameron to sign. The marching band was fairly loud. Soon enough, we got around 3 feet from him. I got Suzy Amis to sign a few things, and within moments got James Cameron. 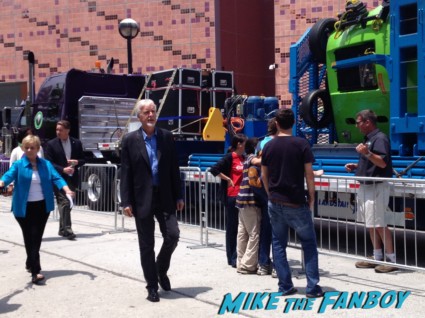 James right away said “One per customer.” So, respecting his wishes I chose the one I wanted…THE TERMINATOR… I aimed for two, and got one…As Mr. Cameron would say the day was pretty “above average.” 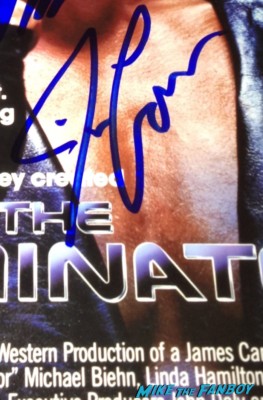