Erica is by far the biggest Harry Potter fan I know. Seriously, she’s been working on a project for many many moons now. She received a promotional Tom Riddle’s Diary and had the foresight to get people to sign the inside of the book.

I couldn’t even count how many people she has in it. But let it be known… It’s a lot, perhaps you remember her journey to New York for the Deathly Hallows part 2 premiere?

Well, two people she needs are Jamie and Oliver Phelps. They played the Weasley Twins and were a really important part of the franchise!

check out Erica’s awesome meeting with the twins below!

As mentioned in many, many Harry Potter –related posts on this website, I’m a big Harry Potter fan and have been working on a cast piece for some time. Since it’s a British cast, I’ve met more of the adults/teachers since they are some of the great British actors of our age and travel to the US for various events. Thankfully I have Daniel Radcliffe, Emma Watson and Rupert Grint, but the students are a bit harder for me to come by.
Jamie and Oliver Phelps , the Weasley twins, are fairly regular signers in the UK, but it’s a more rare event that takes them to the US. Fortunately, the Harry Potter costume and prop exhibit made a return engagement to New York City and decided to bring the twins in for the weekend. A weekend I just happen to be in NY. Yeah!
Unfortunately, it’s really, really cold. I mean really, really cold, and I’m from Chicago. With the wind chill it was around 9 degrees. And with any Harry Potter event in NY, there will be a ton of people out so there will be a lot of waiting.

The exhibit opens at 10 and the signing is from 11 to 1 pm. I get reports that the line has started early so I dash out at 9:30 am and get to freeze outside until 12:30. Yes, that’s 3 hours in 9 degree weather! Ah!! At least they wristbanded the first 300 people in line so I know that my freezing wait will be for something.
Fortunately, the time passed fairly quickly since adversity breeds friends and we’re all huddling together to keep warm. I had a great time with 2 new friends – Amanda and Natalie who work for American Airlines (I won’t hold my awful, horrendous and grotesque December experience against them…)

We finally make it inside and snake around the entrance hallway which is fine since it gives us time to get circulation back in our hands. They are offering up a specially printed pamphlet to get signed or you can bring your own item. The fans have brought is a wide array of their own items for signing including glassware, Marauder’s Maps, books and photos. I, of course, have my Tom Riddle promotional diary ready for them. 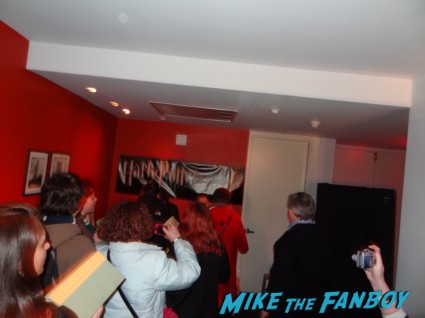 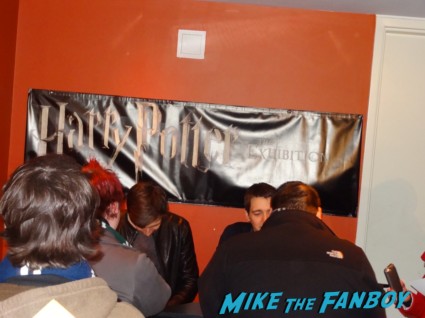 At around 1 pm we finally get into a little alcove where Jamie and Oliver are sitting. The two are both really friendly and have a quick chat with everyone as they sign away. 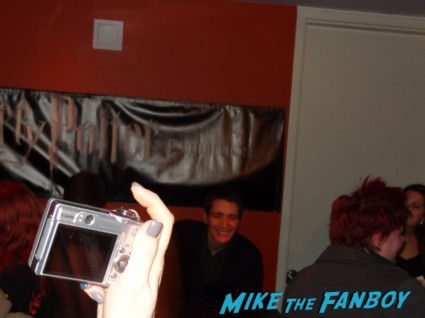 At one point I can hear the two of them speak in unison just as they do in the film! An odd coincidence, but heart-warming nonetheless! 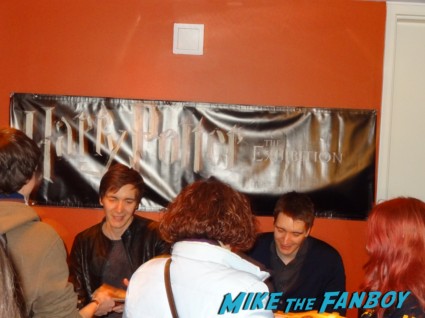 I chat to Jamie who finds it “surreal to be here in New York.” 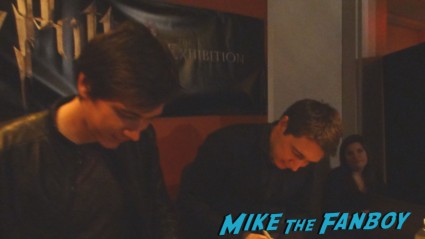 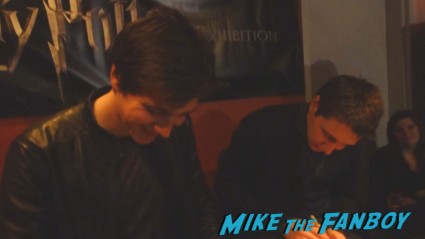 Oliver mentions that they will head out to see a hockey game that night. He seems rather excited to see such an exotic event as a hockey game. 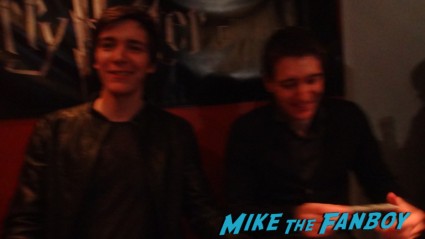 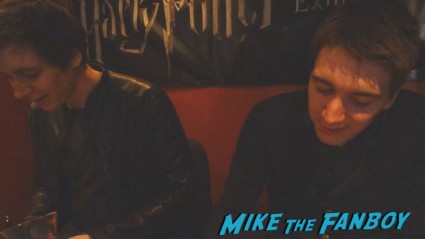 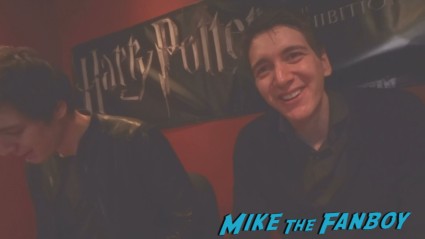 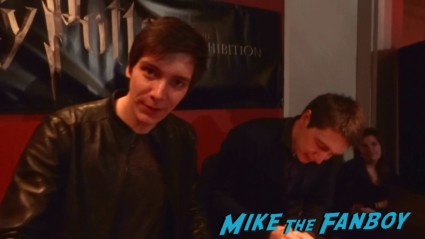 And there you have it! A frigid, frigid experience, but it was a lot of fun. Since I had a ticket to the exhibition, I took a quick run through to see the changes since it was last in NY. A lot of fun, but this was my third trip (saw it in Chicago and NY previously) and there is the WB museum on the Warner Bros. VIP tour in Los Angeles and Leavesden Studio in London so it was a little less amazing (just how many of some of these props did they make?!?!?). However, it’s still fantastic to see the detail and care they put into the sets, props and costumes. Always a good time! 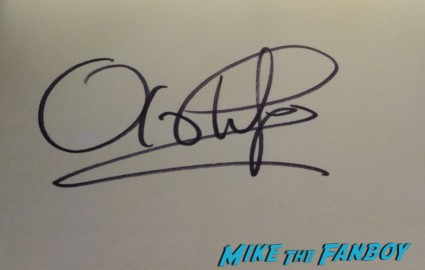 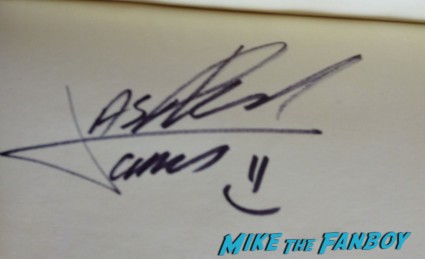