Home / Marvel • NEWS • The Avengers / The Avengers Have Their Ultron! Steff From Pretty In Pink Is Going To Do Battle With Robert Downey Jr.!

Apparently Marvel is on a rampage! They have just announced that Steff has been cast as the main vilian Ultron in The Avengers: The Age of Ultron!

Who is Steff… Ummm hello! There’s only one Steff! Pretty in Pink! Hello!

Of course I’m talking about James Spader who went on to star in Boston Legal, The Office, Mannequin, and tons more.

I’m really intrigued by this casting. I think it could be kind of cool because James isn’t a total household name yet people know who he is!

The Avengers: Age Of Ultron is the sequel to the 2012 hit The Avengers from Disney/Marvel 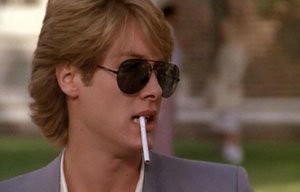