Doh!
Paul was out and about this week trying to meet Hollywood legend Ms. Jane Fonda. Jane is looking good these days, I have to admit! Jane was being honored by AFI for a Lifetime Achievement Award and it was a star studded affair.

Paul has been trying to meet Jane Fonda for some time now, alas it just hasn’t been meant to be. And this time… It wasn’t meant to be as well.

Ok one of my fanboy goals has always been to meet Jane Fonda .

My first attempt was her hand print ceremony which was made private by Tcm and conflicted with my work schedule. Second attempt she was unannounced at Sally field’s star ceremony where she sat right in front of me and I got a ton of great photos but her coming over…nope.

So third time, I get a short notice message from Hollywood superman Christopher Dennis saying Jane Fonda Is getting an AFI lifetime achievement award, already bummed out that the John Waters event was sold out, I decided to go all out and try to attend.

After figuring out who was gonna show and contacting the fanboy team, I raced to the Dolby theater and found a friendly pap pal who was griping about how unpleasant 50 cent was. So we decide to try and get to the walkway red carpet hands on the barricade. It worked out because security is trying a new thing where it’s single file no more crushing, I love it!

Most of the people there were casual jane fans, I was the only person prepared! I brought her autobiography and 2 publicly photos as well as the pregnancy workout record! Plus, I was wearing my jane mugshot shirt… 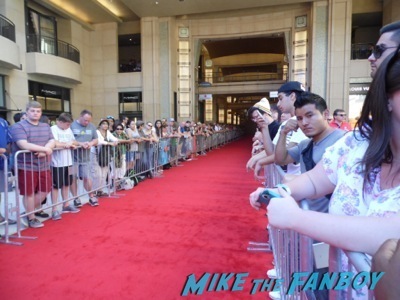 Ok so the arrivals start coming first one I notice is Clive Davis who doesn’t even acknowledge anyone around! Half ways through the arrivals jane shows up and speeds through with 5-7 bodyguards, I had the book open with pen available… she looks at it and continues walking… Who the hell refuses to sign her own book! Mind you too I was the only person there who had stuff for her!

Shortly after Sally field shows up and signs for a few people and takes photos, then Eva Longoria with Felicity Huffman with William H Macy all posed for photos. 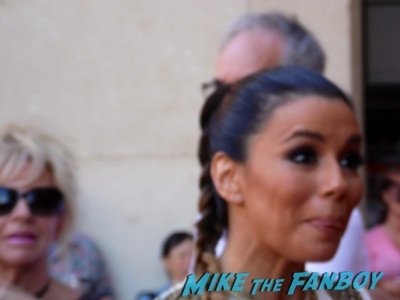 I told William that I loved him in boogie nights and he responded “that’s a cheerful movie” and my nameless pap pal was kind enough to take my picture with him but the luck of billy beer was on me that day! I think he cursed me for ignoring the Malificent premiere! Oh well 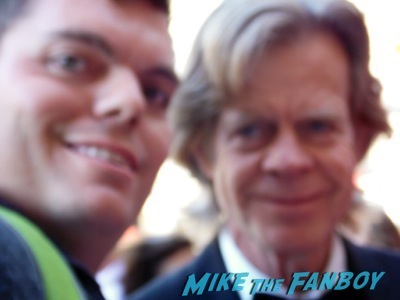 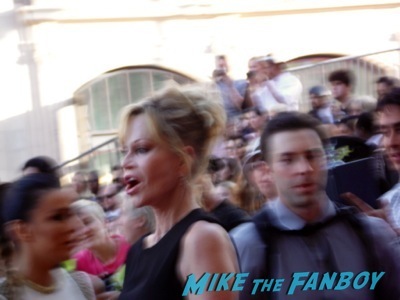 and then in all chaos the John Savage showed up now I am haunted by the musical hair and he plays Claude Bukowski and I was too dumbfounded to say anything to him but I would have sang Manchester England at him. 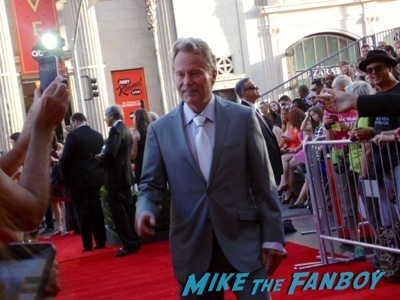