Glee star Jane Lynch received her star on the Hollywood Walk of Fame and a couple Mike The Fanboy readers were on the scene. Anne and Lloyd happened by the event while they were visiting La La Land.

I just wanted to send in some photos from the Jane Lynch star ceremony. My husband Lloyd and I were visiting California and just happened by! It was such a neat thing to see and like you’ve said, it only happens in Los Angeles! 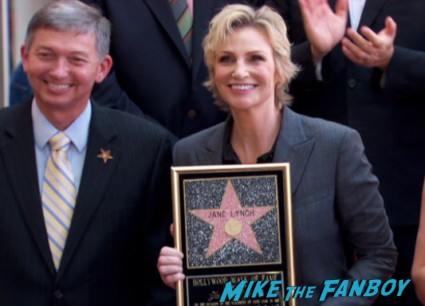 Jane is so funny and I really enjoyed seeing her at the event. After she signed for the crowd and was really nice. She is such a funny lady, I’ve liked her for years and my favorite movie of hers is Best in Show.

Thank you, on behalf of myself and my husband Lloyd.

check out all of Anne’s photos below! 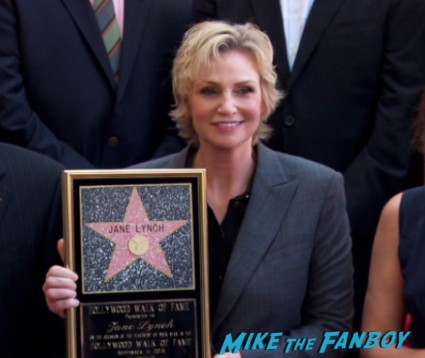 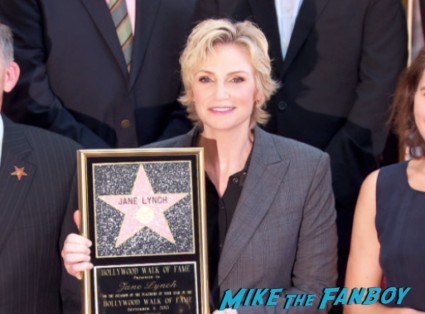 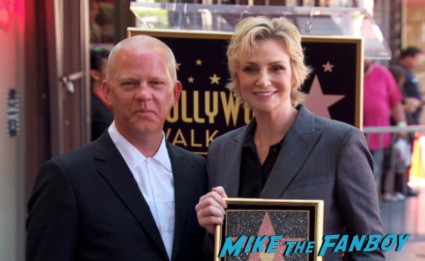 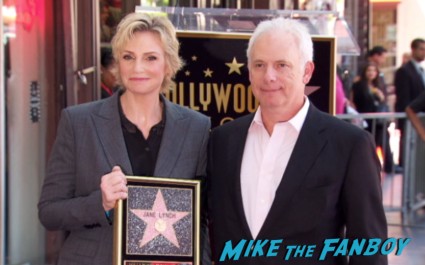 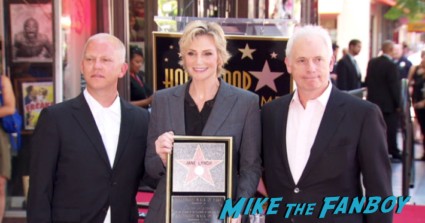 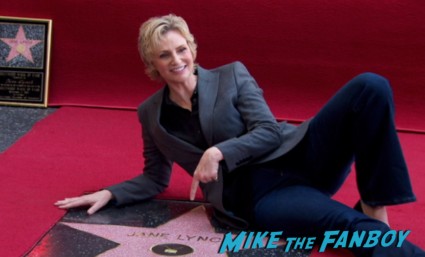 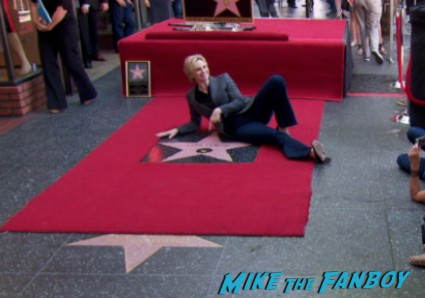 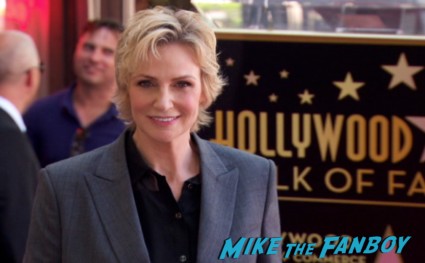 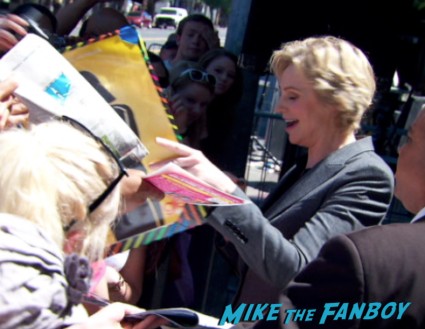 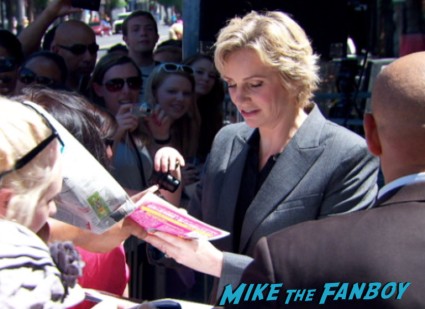 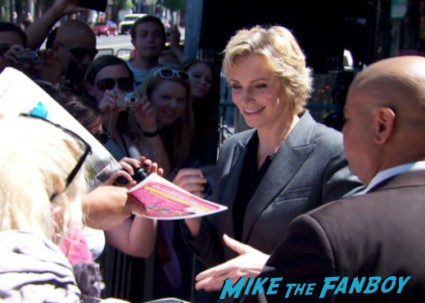