Hello, my lovelies. Pinky Lovejoy-Coogan here still thinking about the amazing set I saw at Largo last week performed by the amazing Janeane Garofalo. I’ve been a fan of Janeane’s for as long as I can remember, but I’d never had the opportunity to meet her before or see her perform live since she lives in New York.

However, the past two years she’s done a gig at Largo in August. Last year we had a conflict during that time, but this year I was determined not to miss it. As funds have been tight, we weren’t able to buy tickets to the event, but I was hoping to meet her on her way into the show. 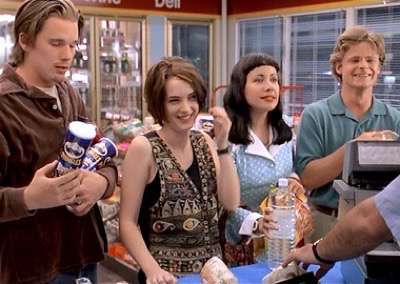 We arrived pretty early, since we didn’t want to risk the chance of missing her on her way in. The only tricky part about Largo is that the artist could arrive from the front or the back, which is why it’s a risky venue to try and meet someone at. Still, I’m a HUGE fan of Reality Bites, the 1994 movie starring Janeane, Winona Ryder, Ethan Hawke, Ben Stiller, and Steve Zahn. I still quote it fairly often and have watched it a million times. I love it and I love Janeane in the movie. 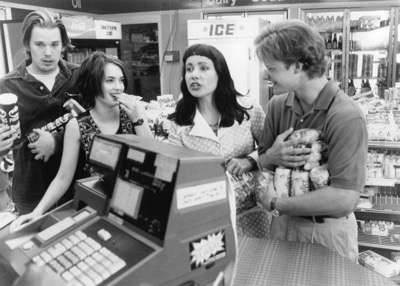 I couldn’t wait to meet her! As time went by, a few more collectors showed up until there were four or five of us there before showtime. Everyone was very nice and it was a rare calm environment. The first celebrity to arrive was Bob Odenkirk. He was very cool and stopped for everyone. 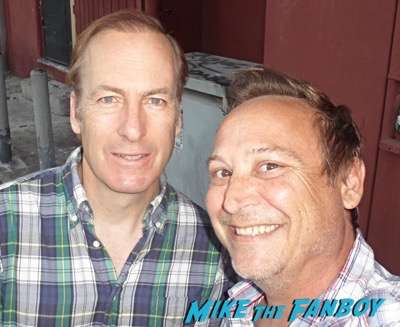 Keith was able to get a photo with Bob since he loves Better Call Saul. The next person to arrive was Andy Dick. 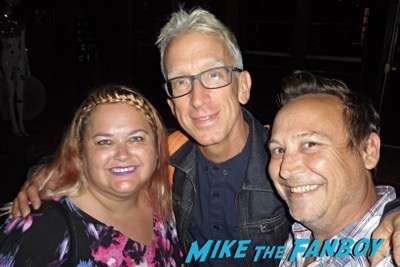 What a total sweetheart! Andy and Keith have known each other forever and so as they were chatting away, Andy asked why we were waiting in the back. Keith told him about how I wanted Janeane. Andy said, “Well, don’t you want to go to the show?” I said, “Of course we do, but we’re a bit broke right now.” At that, he didn’t even flinch. Andy walked right into the back of the theater, told us to wait a minute, and went to check on something. A few minutes later he came back and said Janeane was already there (d’oh!) and he could get us tickets. Score! So, thanks to Andy, we were able to see the brilliant show. Seriously, SO freaking funny! Andy and Bob did a hysterical bit at the beginning and then Janeane blew us away with her talent. So. So. Funny! After the show several fans waited in the foyer for her and when she finally came out she apologized profusely as she had no idea anyone would be waiting for her. How cute is that? 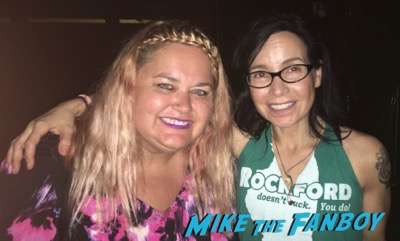 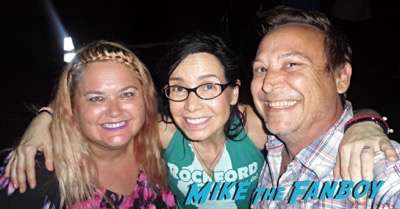 Mikey had told me how nice she was, but oh my goodness, she is the NICEST! I loved her so much! I mean, I was already a huge fan, but after meeting her, I’m an even bigger one. Huge thanks to Andy Dick for the hookup and huge thanks to Janeane for being even more awesome in person.