What’s up autograph fanatics! Ace here with a recap of the star ceremony for Jane’s Addiction!

The band is ranked 35th on VH1’s “100 Greatest Artists of Hard Rock.” They were finally getting their star and John Densmore from the Doors was there as their speaker.

I honestly went there to get Densmore on a couple items. I had a couple photos that Ray Manzarek signed before he passed, so I figured, if I added him it would be a pretty neat piece.

The members being inducted to the walk of fame were Perry Farrell, Stephen Perkins, Dave Navarro, and Chris Chaney. Duff McKagan showed up for a brief second to show support along with plenty of hard rock fans from all over.

Mainly with the hopes to get Densmore, I printed a photo of the band just in case they signed. I have heard that John Densmore is one of the nicest rockers out there, so I figured that the band being honored would be just an addition.

I showed up around an hour early… by that time, the diehards had already taken the first row. I checked the area a couple times wondering where they would enter. I kept running around the building thinking there was an entrance in the back. Well, I never saw the entrance, or the exit for that matter; I was walking around like a chicken with his head cut off.

Within minutes of the star ceremony commencing, of course, Densmore walked in from off the street… no one stopped him… The same would go for Perry, Dave, and Stephen. Duff McKagan zoomed out before the ceremony began. I stayed to watch the ceremony.

Densmore gave an amazing speech and Perry Farrell talked for most of the ceremony by telling some pretty awesome stories of Jane’s Addiction and their humble beginnings. Densmore left as soon as the ceremony ended. I ran around a couple times looking for him… Unfortunately, I never saw him. 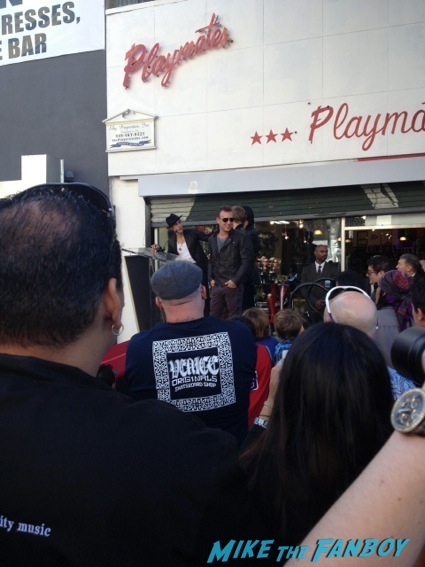 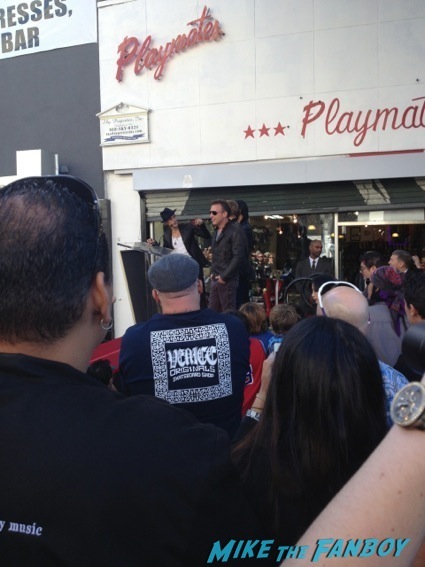 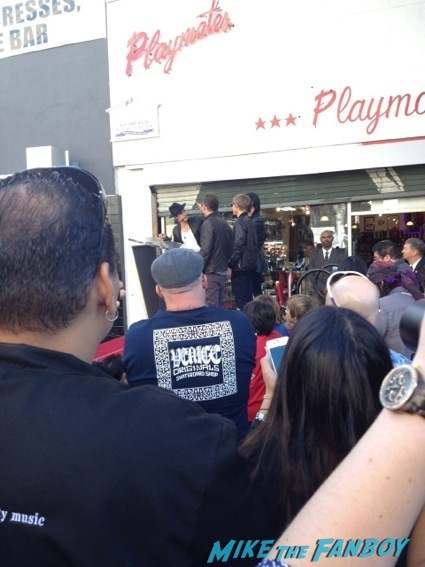 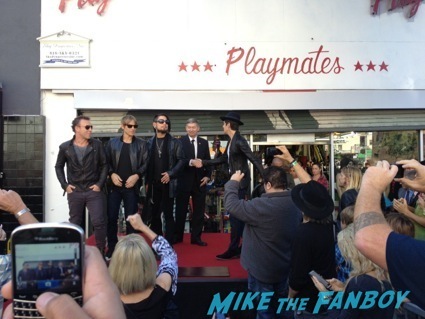 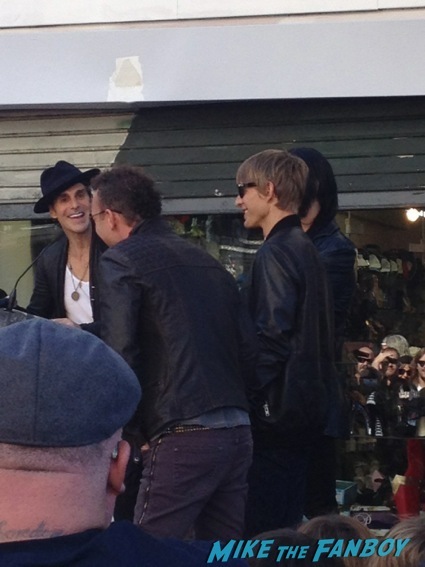 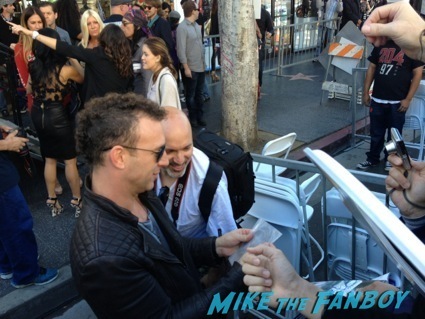 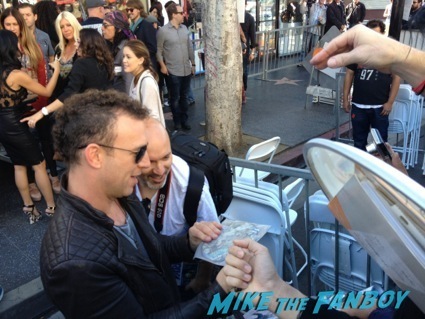 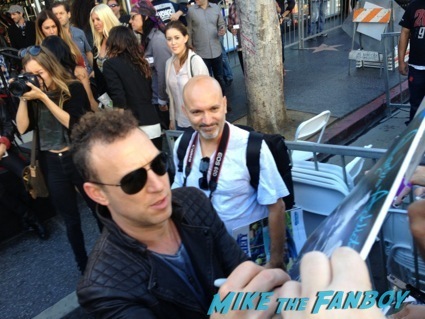 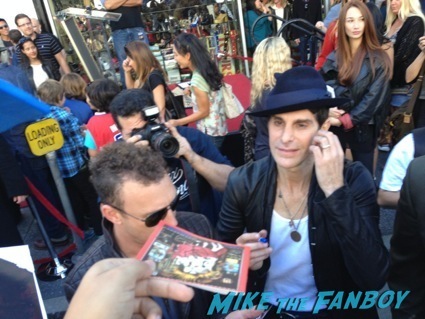 I knock out the three of them within a ten-minute period. It got super crazy in a hot second. 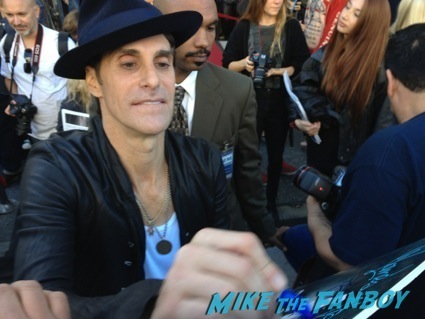 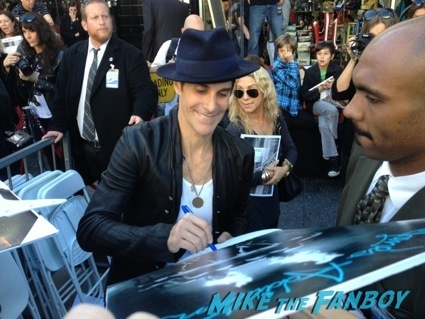 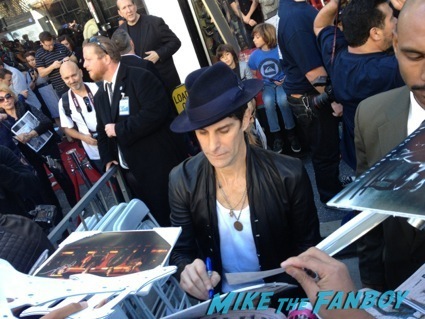 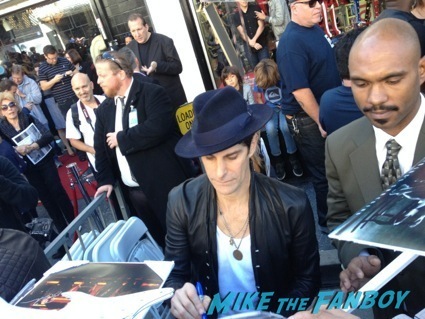 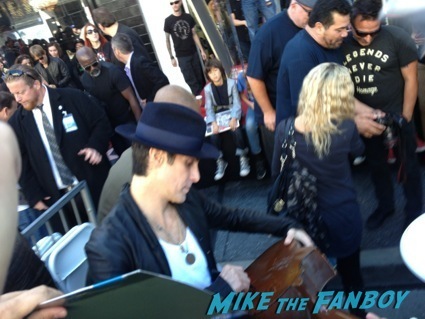 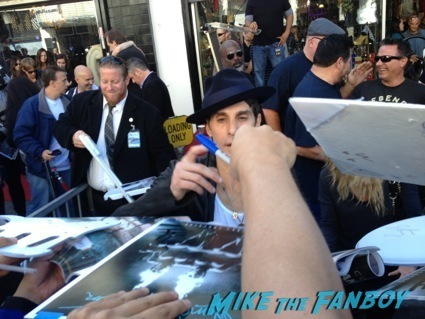 Dave Navarro, on the other hand, wouldn’t approach any of the fans despite their cries. Fanatically, I am still stuck on the chance of John Densmore… I tell Chris and Alex that I am going to check the back to see if Densmore hasn’t left. I still have no clue where the exit to the back of the store is. I am just hoping I am lucky that somebody pops out somewhere. The back had a bunch of store back doors that meshed together. There was no way to tell where one store began and the other ended. Regardless, I never see him.

As I am walking back to the street, toward the star ceremony, Dave Navarro along with his group snuck away as everyone is graphing the rest of the band. I approach Dave as he is walking and ask him for his autograph. I go on to say, I am sorry to bother you but you are the only one I need to complete it. He kind of looks in both directions and his publicist didn’t say anything. He walks towards me, stops, signs the item… jokingly laughed and said “but you are going to bother me anyway.” He was pretty nice about it considering he only signed one autograph during the whole ceremony. I told him quickly that I liked him in Sons of Anarchy and he said “thanks bud” as he walked away.

I ran to get Chris and Alex. They were still trying to get the other bandmates. Chris started running with Alex looking for where Dave went. We went several blocks without ever seeing him. 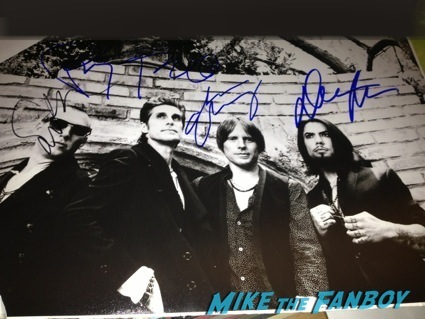