Oh what a night, it was late December 19…

Oh wait… That’s a song, and that’s not tonight, well…. Oh what a night is sort of fitting.

Tonight one of my favorites Ms. Courtney Love is doing a talk show appearance. Scotty was on the scene holding more vinyl than a Funko factory as I parked the car.

Courtney Love was appearing with Jason Bateman, and People’s sexiest man alive for 2014. I thought it was going to be Chris Pratt but it was Neil Patrick Harris.

(Edit: apparently, the SMA was Chris Hemsworth, but he was VIA skype and not a guest. M-)

Once I finally parked the car, talked to my mom, etc… I arrived and joined the 10 other waiting fans. 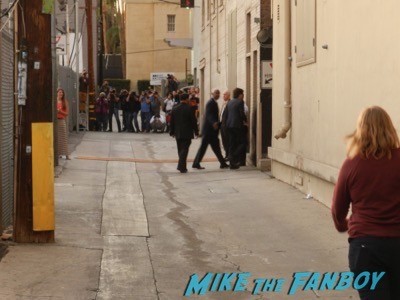 Jason Bateman dropped, waved and said something about doing it on the way out. 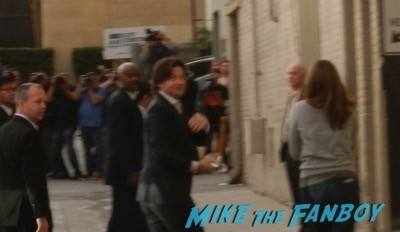 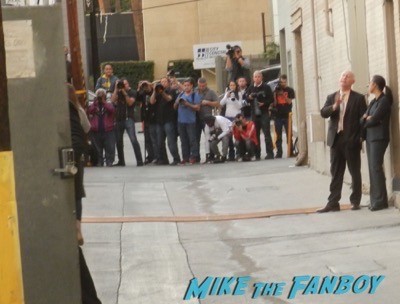 Okay, that sounds promising right? I had a couple magazines for him, but I wasn’t dying for him. Suddenly Susan was texting us for the play by play as she surfed the traffic to get here.

She arrived, we were moved to the other end of the ally. Apparently, Courtney Love arrived super early. Doh!

And now… We wait. Scotty was flipping through his vinyl albums trying to figure out which paint pen would look best on what. I had a couple mini posters, my Violet purple vinyl 7”, an Interview magazine and a few other things for Ms. Love, and a bunch of things for Chris Pratt… Sadly, since he wasn’t people’s Sexiest Man Alive… He wasn’t here.. DOH!

Then the door opens and Jason Bateman bolts out like his ass was on fire, that or the devil was poking him with a pitchfork. We got a half wave and he was out the door. So much for doing it on the way out.

About 10 minutes later, out comes Courtney Love. Again, barely a wave and BAM! She was at the door and out.

Then security removed the barricades and said… that’s it guys!

Scotty wrapped his vinyl in bubble wrap again, as Susan trundled off to her car.

Talk about a Fanboy Fail!