Billy Beer is out and about as usual. Breaking the rules and busting some ass… Oh wait… That’s the subject of today’s report, one Mr. Jason Statham! The action star has been out promoting his new movie Homefront and Billy Beer really wanted to meet him.

Welcome back to Billy Beer’s Barstool! Today we are off to a set to see The Transporter, Mr. Jason Statham. I wonder if he drives himself to these events? He’s out promoting a movie. I’ve heard a lot of mixed things about Jason. I’ve been told he doesn’t do it, and is quite the grump, but the one time I’ve seen him at the Expendables Premiere, he couldn’t have been nicer.

When I get here, there are not many people there, so we get a good spot. His call time changed, and he’s going to be there 2 hours earlier then expected. So I think that’s why there weren’t as many people. If you read the website that morning instead of thinking of witty things to say at Billy Beer’s expense, certain “FANBOYS” named Mike might have been able to be there too. 🙂

(Editor’s Note: Thanks for dropping a certain fanboy a line. Really… Mean it! M-)

The security guards there tell us his publicist had told them he wasn’t going to sign. Well, that’s a great start! As time went by, the guard then informed us that his publicist wasn’t with him, and we might have a chance.

When he gets there, it’s short and quick. 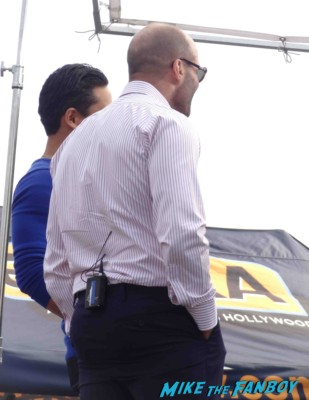 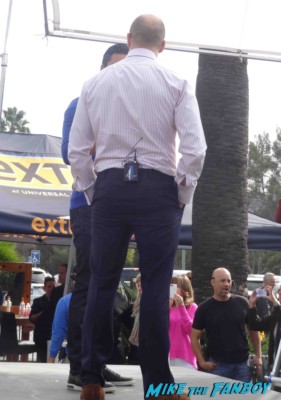 He talked about his movies coming out, and then made his way down the steps. Dude didn’t even hesitate. He grabbed a pen and started signing. At first he was signing everything, but missed my picture. CRAP! I had to run around which is not my favorite thing to do and go second row. 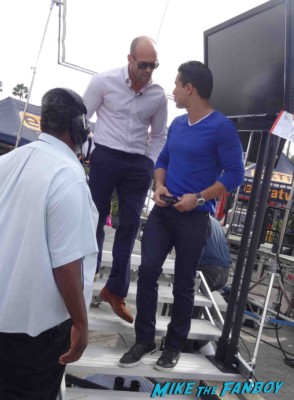 Now he was skipping around. I stand behind a couple of girls that were hoping for a picture. I decided to go to the right of them so my stuff wasn’t on top of their heads. Good Idea! He signed my photo, and then posed with the girls. Someone put their picture over the girls to get signed, and he yelled at him. Then he did it again, only to have Jason basically tell him off. Whew! Glad that wasn’t me. Well, I got my picture signed. Time to have a drink somewhere to get this parking validated! 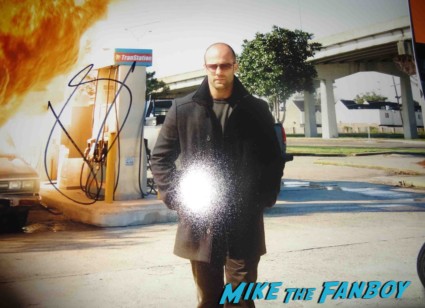