Home / Chuck Our Man In Texas • Fanboying! / Jeff Bridges Goodness! Chuck Meets The Dude Himself In The Lone Star State! Autographs! And More!

It really is a Big Lebowski weekend here at MTF!

We haven’t heard from Chuck Our Man in Texas in a while, but he did a quick recap about meeting The Dude himself… Mr. Jeff Bridges.

It’s always great to hear from Chuck, and I have to tell you, I’m a tad jealous of his photo with Jeff. It’s pretty damn epic. I’m a huge fan of Jeff Bridges! Tron, Lebowski, True Grit, Starman, etc…

Check out Chuck’s recap below!

Hey it’s Chuck from Texas. Been awhile since I have posted anything.

Mr. Jeff Bridges came through town the other night for a gig with his band. I have wanted to meet him for a long time!

I got to the venue around 3:30pm, and he pulled up in an SUV at 4:02pm. There were only four of us waiting, and we asked him to sign. He signed for all of us and took pictures as well. 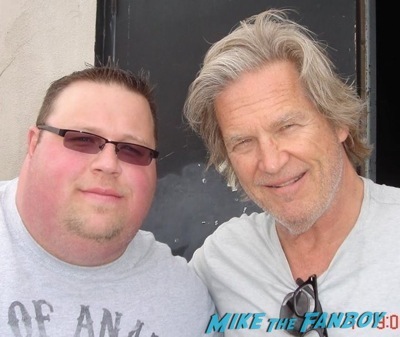 I was home an hour later.

Love these kind of quick and successful trips, especially with some one so very, very NICE! 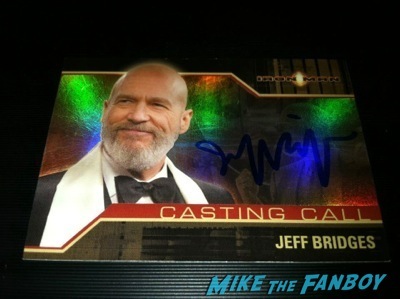 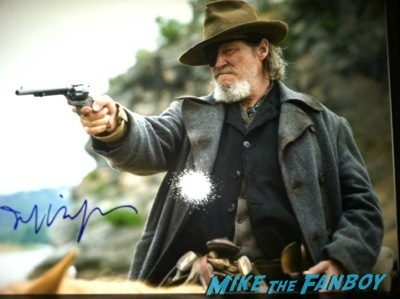 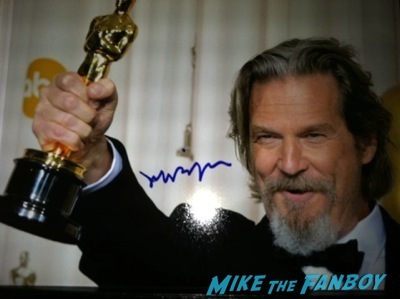 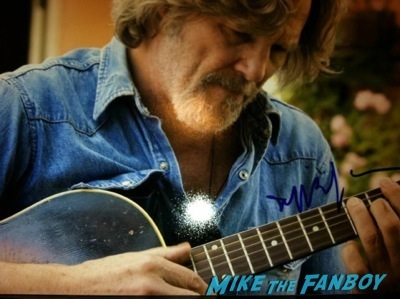