I’m leaving on a jet plane…

While I head off to spend time with my family in the wilderness of Kentucky, I was thinking of today’s Jekyll Or Hyde column. And then I believe it was Suddenly Susan who asked me about Gilmore Girls star Lauren Graham. That’s when I said… Jekyll Or Hyde!

Now, I’ve seen both from Lauren Graham. One day she’s super nice and the other she’s kind of difficult. This time, she was super adorable… Like over the top Gilmore Girls nice!

Lauren was out promoting I think Evan Almighty at the time. She looks amazing for one and saw a small group of us waiting for her. She walked right on over with a big smile on her face.

She even waved and said, “Hi guys! Thanks for waiting!”

Lauren Graham came on over and was in a word adorable. She took photos signed DVD’s and greeted everyone one by one. It was so quite and simple. 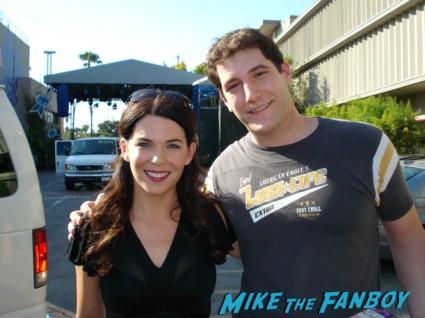 Now, other times I have seen her she has said, “No, I can’t” or has left without acknowledging the fans. 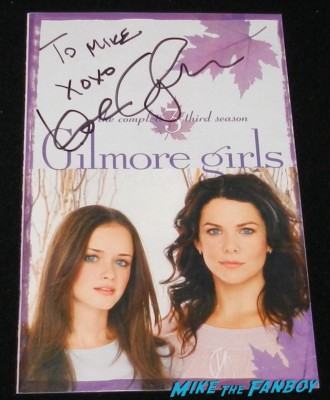 However, this day! Lauren Graham was more than awesome!

So, the verdict on this day for Lauren Graham was definitely Dr. Jekyll.

For her awesomeness Lauren Graham is given The Happy Theo Award!