The one thing I love about our hobby, you just never know what’s going to happen! The prospect of meeting someone you really admire is a lot of fun. Ace had what is… Well, I’m just going to quote Oliver’s comment on Ace’s article Best… Fail… Ever!

Now, Erica… Erica is a huge Harry Potter fan and she’s been working on a Harry Potter cast project for a while now. She has a diary that she’s been having the entire cast sign. Hopefully one day she’ll go over it little by little as she has at least 30 people in her diary by now. It’s fairly epic.

Check out this weeks Jekyll Or Hyde after the jump!

Poor Ace had a horrible experience with Richard Griffiths, but I’m here to say he wasn’t always so difficult to fans!

Richard is also a popular theater actor and I met him in New York when he was doing a play called The History Boys. the play also stared Frances de la Tour (Madame Maxine in the Harry Potter films) and a little-known young actor called Dominic Cooper (Mamma Mia! Captain America, Devil’s Double). 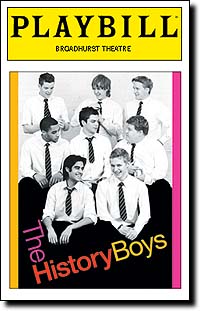 I met Richard before the show and he was as nice as can be, stopping to sign even though he was walking with a cane. Pleasant smile for me and my sister and then a laugh with some of the stage crew who were outside smoking. Nice guy!

Yeah! I got Uncle Vernon on my Harry Potter diary. (Incidentally Frances was extremely nice as well and more my height than 10 feet tall…) 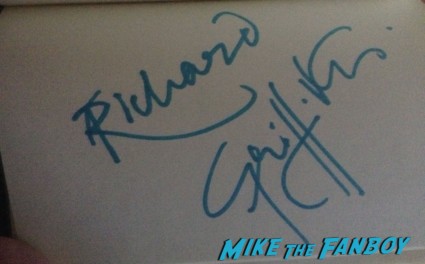 Richard won the Tony award for his performance in The History Boys, a role he also reprised in the film adaption of the play. I was actually lucky enough to attend the Tony Awards that year. After Richard won his award, the show went to a commercial break. However, Richard took an extra second to bask in the moment and stood on the dimmed stage with a smile and wave to the crowd before he took his time to go offstage. A sweet moment for someone who really appreciated winning the award. 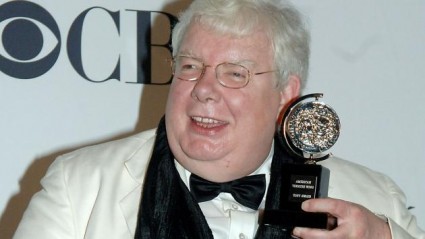 I met Richard again a year later when he was back for the play Equus. He co-starred with Daniel Radcliffe and signed at the stage door for the first part of the play’s run. That was the second time I met him and he was just as nice, signing his lovely signature for the crowd. 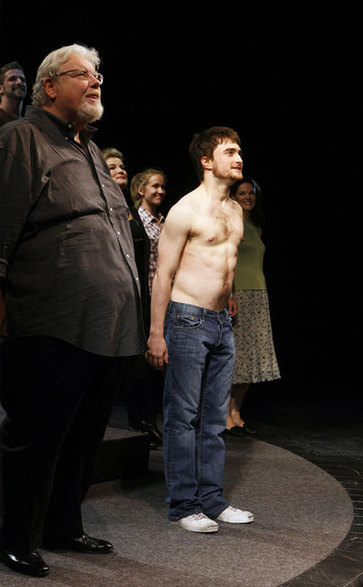 I think all the stage door craziness with Daniel got to him after a while because he later started taking an alternate exit to skip the fans. Can’t really blame him since the stage door was really crazy. But at least he signed for part of the time – Kate Mulgrew was also in the play and I never saw her.

Maybe that’s when he started to change since last year, in London, I talked to some of the British autograph collectors and they mentioned that Richard was actually the most difficult Harry Potter cast member. It’s a shame really because I think he did appreciate his fans, but not when it got crazy.

So poor Ace had a bad experience, but I’m here to say that Richard Griffiths could be really nice, too! RIP! 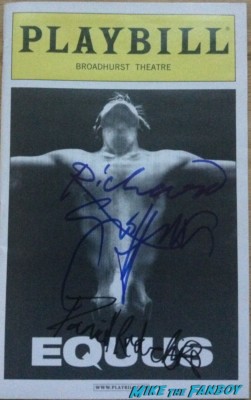