Home / FANBOY FAIL! • Fanboying! • Jack • Jekyll or Hyde! • Sexy... damn sexy / Jekyll or Hyde! Has Bradley Cooper Gone To The Dark Side? Jack Heads Out To Meet The Alias Star And Ends Up With A Handful Of Unsigned DVD Covers! Doh!

This was not one of those good days for Mr. Cooper sadly as Jack found out. Which is why we have Jekyll or Hyde as a column. Honestly, you just never know what you’re going to get.

I’m not ready to write Bradley Cooper as going to the dark side just yet though, I just can’t do it.
Check out Jack’s Jekyll or Hyde after the jump!

Awards season persists as an anomaly and each year is an interesting experience. You honestly don’t know what will happen. In previous years I met almost all the Best Actor nominees, but this year it seems like I have been having better luck with Academy Award nominated directors (David O. Russell, Tim Burton, and Ang Lee). Starting last week I decided to switch things up a bit and went out for Jennifer Lawrence (Best Actress), but I want to discuss someone else. 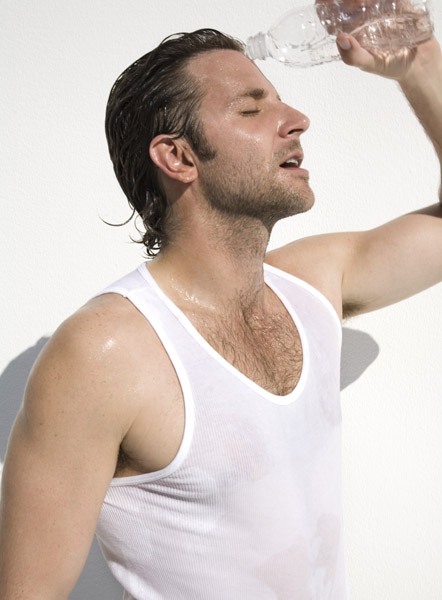 I’m going to discuss former People’s Sexiest Man of the Year and recent Academy Award nominee, Bradley Cooper. Throughout my tenure as a celebrity autograph collector almost everyone has said Cooper is great to fans. After dismissing a few of his premieres I decided to finally head out for him at a recent talk show taping. I brought out my DVDs of “The Hangover” and “Wet Hot American Summer” signed by several cast members along with “Kitchen Confidential.” 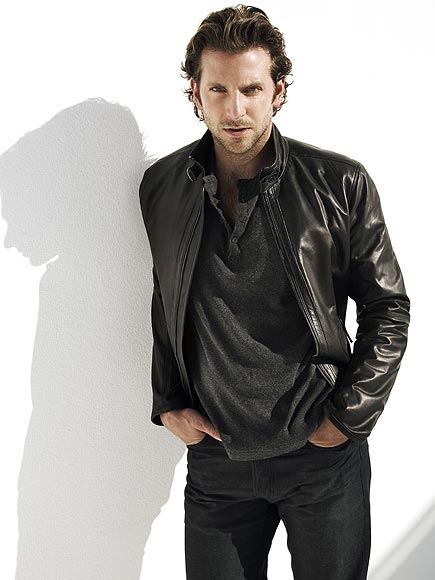 6:10- I just arrived and realize there is no one near the barricade. What’s going on? Did everyone bail…nope, there are about 20 people lined up down the alley with a barricade up. I walk over and spot an acquaintance, Jeremy and start talking with him. There are about three collectors behind and a few paparazzi chilling. I acknowledge the collectors behind Jeremy and reassure them I’m “not cutting at all,” just merely talking “with a friend.” Kindly, the couple behind me allows me to stay and I thank them immensely. 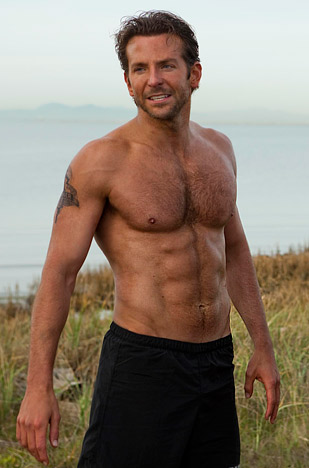 For the next 30 minutes or so, it’s just the 20 or so of us hanging out. I learned Kate Mara signed a few autographs on the way in, but no one expects her to come out. Jeremy informs me Brad acknowledged the fans, but motioned “he had to get inside” upon his arrival. 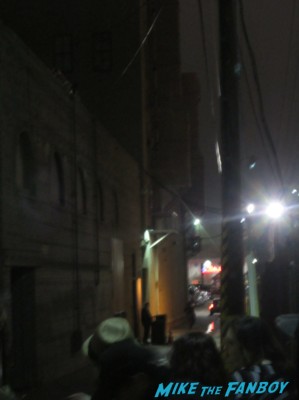 About 6:40- Our group of maybe 20-25 swells up with all the other collectors from the premiere that just ended across the street. Suddenly, the news of “no one signed at the premiere” trickled through the line as we ballooned to over 75 people. I wouldn’t be surprised if it was more like 100, but definitely 75 people were now here for Bradley Cooper. People are now blocking the alley so no cars can pass through and it gets to the point where security has to come over despite asking politely several times.

What was once a nice orderly line developed into a “J” or inverted “L” blocking the entire alley. People (who literally just arrived) even refused to move when cars were directly behind them until security called them out and directed traffic. Finally, people parted, but went “back into place” as soon as each car passed. After doing this a dozen times, they slowly brought over more barricades. Not one, not two, but THREE barricades. I was at the tail end of the original barricade and couldn’t believe what evolved in a matter of “minutes.”

People tried sneaking by including Stalker Sarah and a few paparazzi, but after these three people managed to get by we all put a stop to it. During this transition, “Brad” said he would sign (later it turned out to be just a random guy who sounded very, very similar to him) walking towards the cars, Kate Mara left and waved at us from a distance (only a handful of people called out for her) and people wrestled to maintain their positions. 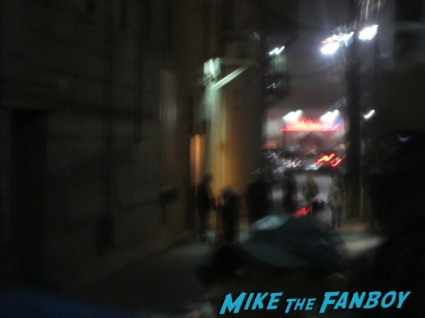 People really started becoming negative, but the fact security waited by us and added additional barricades seemed like good signs. Unfortunately I was soon proven wrong when Bradley finally walked out. The paparazzi blocked and obscured my view severely, so much so all I could see were backs of people (mind you I’m within the first 20-25 people). Brad says something, barely audible, and walks off. People run around to catch him, but Brad didn’t stop in his car (according to one collector who chased after him). 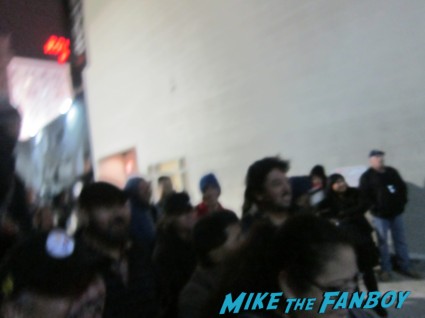 Sadly, I walked away empty-handed and must declare a Jekyll and Hyde for Bradley Cooper. I don’t blame him at all, but I’m pretty sure the surge of stubborn people ruined it for us all. Until the next time, happy autograph hunting!

Bradley Cooper is given the Angry Theo Award!!!!