Oh Elizabeth Banks… How you plague me! LOL… I’ve liked her in Role Models and The 40 Year Old Virgin but her choices as of late have left me cold. I didn’t think she was all that great in Hunger Games and I honestly admit I haven’t seen People Like Us yet.

The year, 2008; the place, Burbank California. It’s still the formative years in my autographing collecting career. I’m waiting outside a talk show for Michael Caine. Is he a Sir now? Was he one then? Anyway, I’ve got a Cider House Rules mini poster and I’m really hoping to get him. Elizabeth Banks is also taping that day, so I’ve brought my “Slither” DVD as backup. 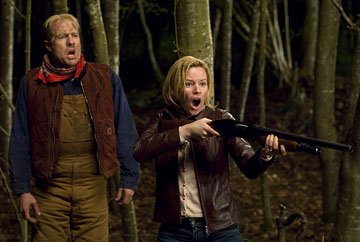 There are only 6 or 7 dealers waiting with several “Batman Begins” items. Like I said, it’s still the formative years, when you had an actually shot at getting an autograph rather than a compound fracture from a chaotic mob of blood thirsty leeches, um, dealers. 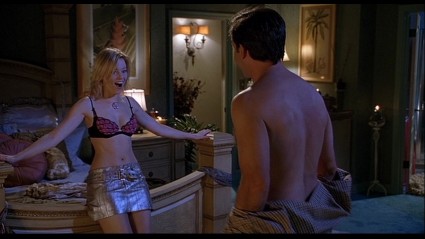 Limo number one, which was carrying Sir Alfred from Batman whizzes by and the dealers scatter and run to their cars in a race to follow him. On a side note, that is one thing I will never do as an autograph collector – chase after someone who clearly does not want to be bothered. It works out great for me because I’m the ONLY one left for Elizabeth. The audience has yet to leave so it’s literally just me. 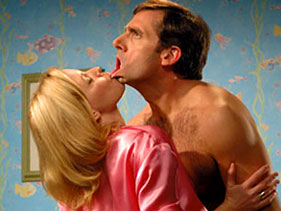 Limo number two exits and I hold up my “Slither” DVD. The back window is down half way and a blonde woman, not Ms. Banks, but perhaps a friend or publicist, pokes her in the arm and points me out. Elizabeth waves me over to the car. I ask her to sign it to Susan and she obliges. 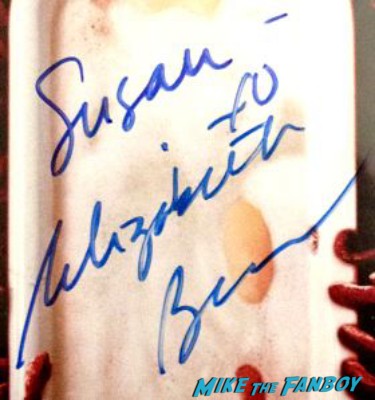 I also tell her how my friends and I love to imitate the “hey-o” line she does in “The 40 Year Old Virgin”. For those who know the movie well, it’s right after Steve Carrel says, “I hope you got a big trunk, because I’m puttin’ my bike in it.” Elizabeth and the other woman laugh and then she does the line! I laugh and thank her for stopping. She says, thank you” and she’s on her way. 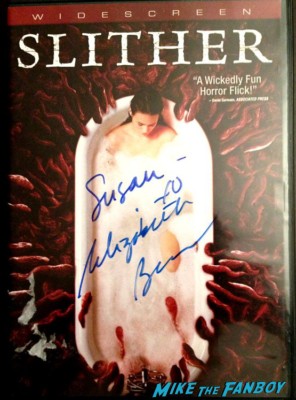 I knew nothing about what kind of signer Ms. Banks was at the time. She hadn’t quite crossed into starring roles just yet, but she was right on the brink. I told everyone after that incident how nice and cool she was to me. Cut to 2012 and I hear only the worst things about her. She’s rude, mean, refuses to sign even in one on one situations. What happens to these people? Does fame go to their head? Do they despise the new found attention? Are they just sick of dealers following them everywhere and can’t distinguish between them and the real fans? Whatever the reason, Elizabeth Banks was super nice and fun to me those 4 years ago, so I can’t say anything bad about her.

The verdict on that day, in 2008, was definitely Dr. Jekyll!

For this one encounter… Elizabeth Banks is awarded the Happy Theo Award!