Man oh man, how Ben Affleck plagues me. A couple disses and then one success which honestly was very much a failure since the signature was like a squiggle. Sigh, what can you do right. Now, that Ben Affleck is on the top of his game with Argo, I guess we’ll see how nice he is.

Suddenly Susan got a great encounter and photo with Ben Affleck after a screening of Gone, Baby Gone! And I must admit I’m really jealous! Doh!

Check out her encounter after the jump!

Oh the ups and downs of Mr. Ben Affleck. Back in 1998, he and best buddy Matt were on top of the world after winning the Oscar for best original screenplay. For a mediocre at best actor like Ben, this was a game changer. The roles poured in, one after the other. He made 19 movies between 1999 and 2004, six of which garnered him (sorry I can’t stop myself) Golden Raspberry Nominations for Worst Actor. The public really began to tire of dear ol’ Ben. During that time, he went into rehab for alcoholism. 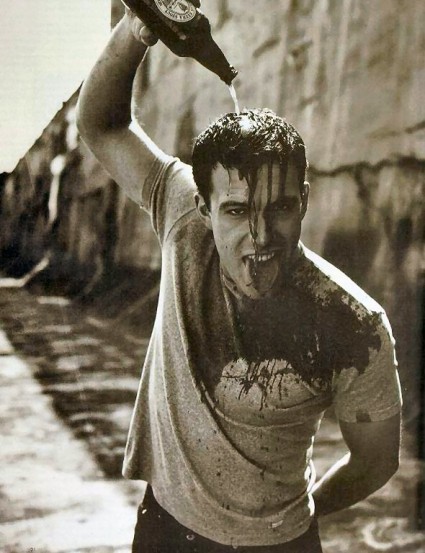 He also dated Jennifer Lopez and was splashed across every tabloid on the planet. Together the couple made one of the most dismal movies of all time, Gigli. Then the public turned on dear ol’ Ben and a large amount of disdain for the actor grew. 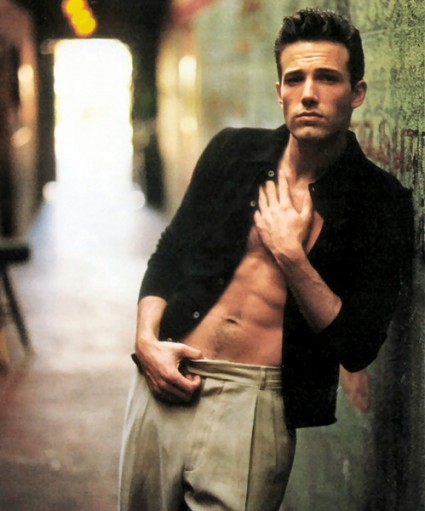 Could you really blame them though, after that full page ad in Variety toasting J-Lo’s talent and his cameo in her “Jenny from the Block” video? And so grew Ben’s bitterness and disdain for the public. From what I’ve heard, read, been told, he’s not the nicest celebrity around. All that history probably has something to do with it. 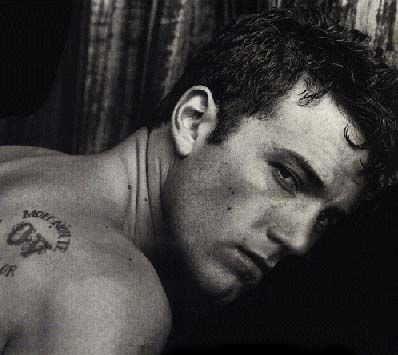 Fortunately for me, I got to meet Mr. Affleck when his star began to shine once again. It was after a Q&A for his directorial debut, Gone, Baby Gone. I have to admit I scoffed at the idea of Ben Affleck, director, as did a lot of folks. Shame on us and our cynicism. No one was snickering when the film became a commercial and critical hit, and no one has snickered at him since. Affleck is a fully fledged A-list director, who should most certainly get an Oscar nomination for this year’s Argo. Back to my encounter. 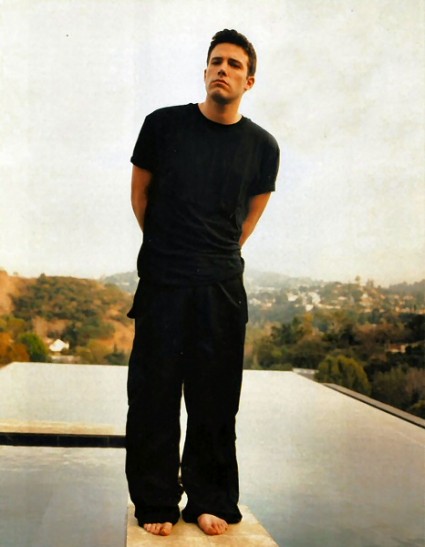 The screening/Q&A had been sold out by the time I learned of it. A friend and I decided to try for stand-by, and although we were the first two people on the stand-by list, we were assured, there was no way we were getting inside. However, a nice woman working the event took a liking to us and said if we found her just before the movie ended, she would let us stand in the aisle for that Q&A. True to her word, she brought us in once the Q&A had started and we got to stand in the aisle for its entirety. When the mediator announced the last question, we headed for the lobby, hoping to get Ben on his way out. My friend was obsessed with getting Casey Affleck, who was there as well. 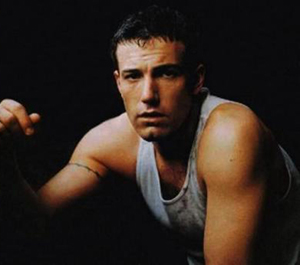 Out came Ben and Casey and a MOB of security shielding them. No one could get within a few feet of the famous brothers. As they stood waiting for the elevator to take them down to parking, my friend managed to get Casey’s attention and got a photo with him. One security guard saw and pushed him back afterwards and said “no pictures.” Well, too bad sucker, he already got it! Ben, Casey, and their entourage piled in the elevator and they were gone. Everyone who was hoping to talk to Ben just sort of meandered away. I grabbed my friend and we jumped on the same elevator. Hey, there was no one there to stop us, right?

The elevators doors opened and Ben was standing just two feet away, his back towards us, talking to some woman, waiting for his car. I stood quietly for what seemed like forever and then gingerly tapped his arm with one fingered. He turned his head 180 degrees and then looked down (He’s 6’3, I’m 5 feet). Thinking he might be annoyed, I quietly mumbled how big a fan I was, or something to that affect, and asked for a photo. “Sure, hun” he said. Side note, ‘hun’ is such a Boston thing. It’s like using ‘dude’ in California. He put his arm around me and even bent down to make sure he was in the shot. See, he is a good director! I also had my Reindeer Games DVD (please reserve your sarcastic comments for the comments section below) which he looked at and said, “aw, God bless ya, God bless ya.” Before I could ask him to sign it, said woman whisked him away to his car. I managed a loud “thank you” as he left and got a wave back. 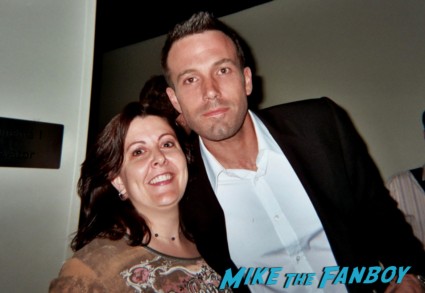 So, the verdict on this day, definitely Dr. Jekyll!

Ben Affleck is given the happy Theo Award!!!! 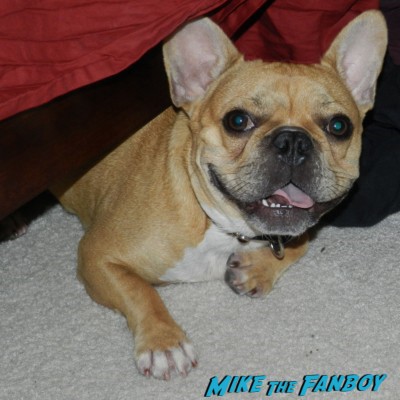