It’s so interesting to look at different actors. I mean one time they are sweet as pie and another time you get the look of death.

For the subject of today’s Jekyll or Hyde, Suddenly Susan is looking at Michael Sheen. Now, interestingly enough, I have also had both experiences with Michael Sheen. He was nice as can be on the way out of the Tron Legacy premiere, but there was another smaller premiere where he literally ran away from people. Like bolted.

So, you really never know!

Check out todays Jekyll or Hyde after the jump!

About 6 years ago, I went to a very small screening and Q&A for “Kenneth Williams: Fantabulosa!” What the heck is that you say? It’s small British biopic about tortured comedian and actor Kenneth Williams. The actor in the lead role is one of my very favorites – Michael Sheen. I think he’s so talented and I’ve been a fan of his work for years. So, I was there bright and early in the hopes of getting a signature and perhaps a photo.

The movie was interesting, although I’m sure I would have enjoyed it more if I had been familiar with Kenneth Williams, but I thought Michael was amazing. After a short Q&A, I approached the stage. It was a very calm setting and only a handful of folks were waiting for Michael to sign. It was dealer free – ah, such a welcome treat!

I asked Michael to sign an Underworld 8×10 and he happily obliged. 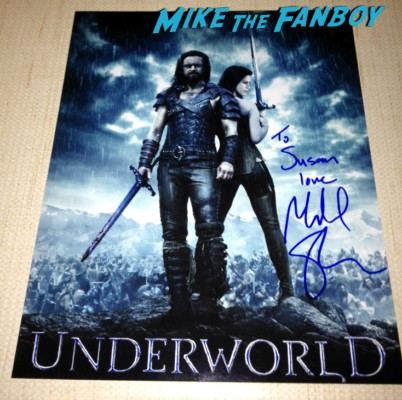 Of course, I asked him to make it out to Susan, which he did, adding “love” Michael Sheen. Yes, love; not like, but love. 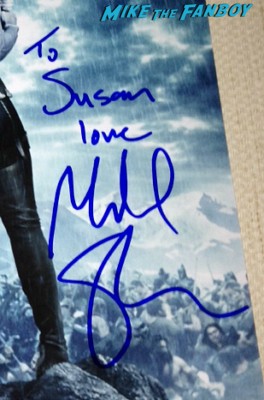 I then asked him for a photo. “Absolutely,” he said. It’s not one of my best, or my worst. Just the typical 5 foot tall Susan taking a self-portrait with a 6 foot tall actor. Someone always loses part of their head, and in this case, it was me. 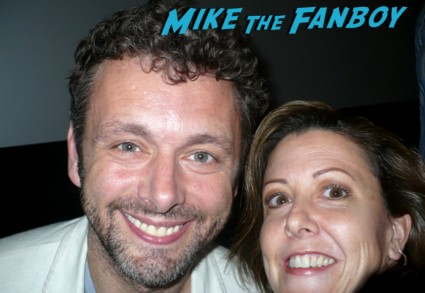 Some weeks later, I was mentioning my good fortune with Michael to another autograph enthusiast. He was quite shocked at my success, stating that Michael was “really tough” to get. Seriously? He was so charming and friendly. He could not have been nicer.

Some years later, I’ve read on MTF how Michael has completely dissed waiting crowds at a premiere on several occasions. Ok, so maybe he doesn’t like crowds. I then read how Michael had shunned 4 people waiting for him, even turning his back to them.

I am both shocked and appalled, as my experience with him was perfect.

So, on that day the verdict for Michael Sheen was definitely Dr. Jekyll.

For his awesomeness Michael Sheen is awarded the Happy Theo! 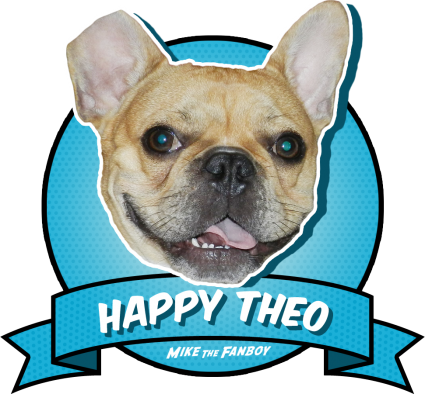