Suddenly Susan, like all of us has her favorites. One of them, Mr. Joaquin Phoenix, is a tad… How should I put this… Unique. I really like Joaquin Phoenix and funny side note, I was actually here the same day Susan was but I arrived later on and waited for him to leave.

He was really nice again and signed for the fans at that time as well (that’s where the photos are from). I had the same idea as Susan, would he do it? Would he be nice? etc.. Well.. In today’s Jekyll or Hyde I guess we shall find out!

I’ve been a Joaquin Phoenix fan for a long time. “Walk the Line” is one of my favorite movies and I thought his performance was amazing. Since I’ve been in the autograph game, he was never out and about, so when I saw he was doing a talk show appearance to promote his “I’m Still Here” documentary, I took no chances.

Now, I had heard only bad things about JP. He was strange, he wouldn’t sign, and he certainly wouldn’t take photos, even in one on one situations. But, there are those on our “list” that we try for, no matter how terrible they have been in the past or what horror stories we have been told. As any collector will attest, you never know.

I arrived super early, around 2pm. I was the first one there; the only one in fact. I expected a large crowd eventually, but if he was going to do it, I was not getting boxed out by some jag-off dealer. Normal arrival time is between 5pm and 6pm, so imagine my surprise when after about 30 minutes a town car pulls right up to the stage door. A see a man in black pants, a white tee shirt, and sunglasses gathering a wardrobe bag, etc. from the car. He’s got jet black hair and looked exactly like young Johnny Cash. Then it clicks. That’s Joaquin! 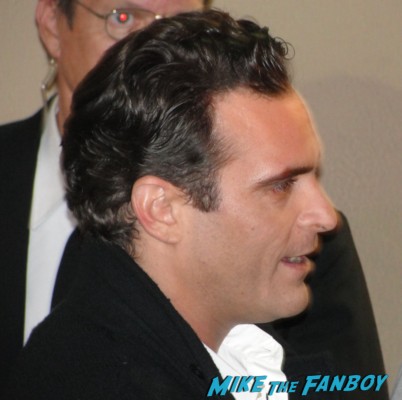 I yell down, “Joaquin, will you sign?” He looks up and gives the international sign for in a minute. Then he changes his mind and waves me down to him. Yay! 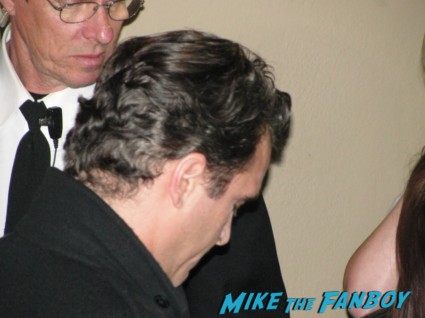 I hustled down and asked him to sign my Walk the Line mini poster “to Susan”. He placed the wardrobe bag on the hood of the car and said “sure”. Then he asked, “and how am I spelling Susan?” Side note, I find it so odd how many people ask me how to spell my name. I blabbered on about how much I love the movie and how great he was in it. He says, “oh, thank you.” He hands back the Sharpie and extends his hand. With a hearty handshake he says, “it was so nice to meet you.” 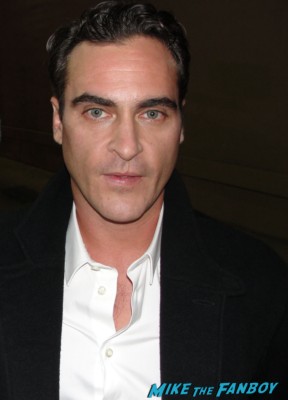 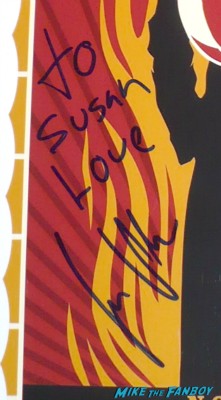 I didn’t ask for a photo. I didn’t want to ruin the moment. He had been so kind and in no way had to do that for me. It would have been very easy for him to just ignore me. I was pretty far away. Now before you say, you should always go for the photo, its ok. I’m cool with it; as cool as JP himself. 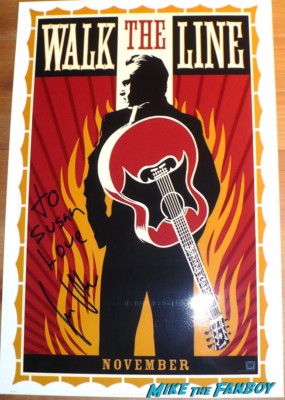 The verdict on this day: definitely Dr. Jekyll! 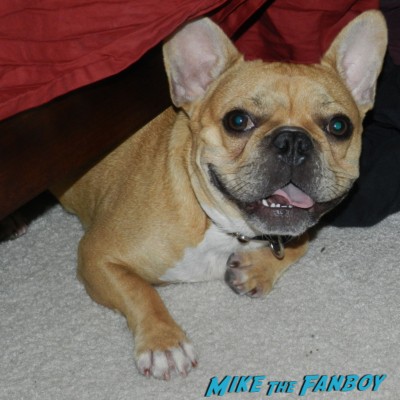