Back in 2013, Jennifer Saunders – the British comedy legend of French & Saunders fame and Absolutely Fabulous – went on tour across the UK with the publication of her memoir, and my partner Mark and I had the pleasure of seeing her onstage in Bexhill-on-Sea, East Sussex, where she did a fabulous Q&A and signed copies of her book afterwards, and it was a wonderful event.

With Jennifer on this tour was her beloved whippet dog, Olive, who accompanies her everywhere, and Olive got as much attention from fans as Jennifer herself did! She was lovely, kind and gracious, and it was wonderful to meet her.

Fast forward to 2020, just a few weeks ago, and Jennifer is back touring the UK, this time in the theatre world, with her hilarious performance as a spiritual medium in Noel Coward’s comedy masterpiece Blithe Spirit, and my partner and I were so happy that she brought the play here to Brighton, where we live, and we got tickets and couldn’t wait to see the play, and hopefully meet her again.

Jennifer stole the show in the play, needless to say, and it was a wonderful night. We went backstage to the Theatre Royal stage door, and hoped for the best that we would have a chance to meet her again, several years later. We were astonished that nobody else went backstage, and the theatre had been sold out with fans – but there were just the two of us waiting, which was a real surprise, especially as she is a national treasure in this country.

We only had to wait a few minutes, and out Jennifer came! And of course, she had her beloved Olive with her too. Olive was what broke the ice for us, as we approached her. I smiled, and said hello, and explained that we’d met Olive before, in Bexhill! Jennifer grinned, and said, “Oh, did you?” and made a joke to Olive about her chatting to all the men, which made us all laugh.

We said how much we’d enjoyed the play, and she thanked us so much, and said what a brilliant audience it had been, and how hearing everyone laughing and cheering had really made her and the rest of the cast feel happy, so she thanked us back. We asked if we could get photos with her, and she was happy to oblige. She said she had to be quick, because she had a train to catch with Olive! She posed for some photos with us, and then noticed that we were holding programmes from the play, and offered to sign them for us, which was so kind of her. 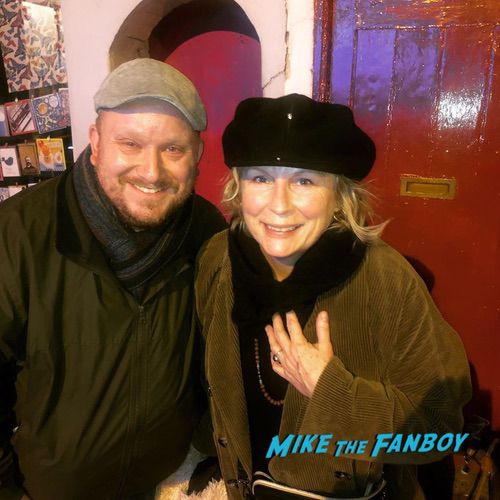 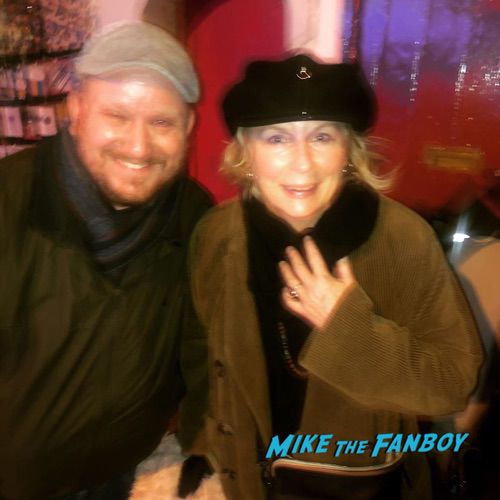 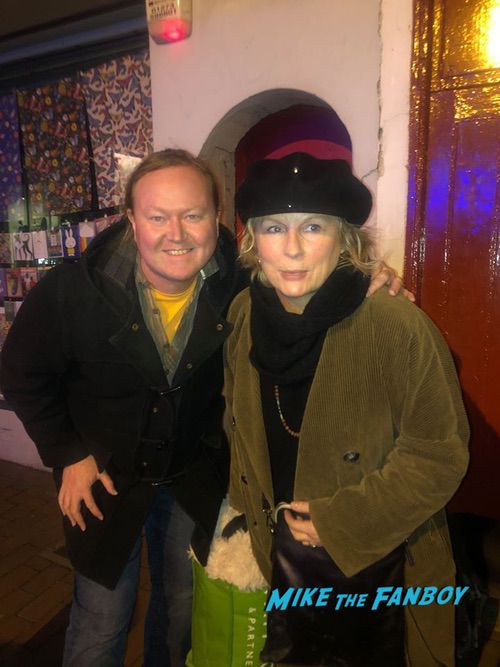 After that, she said thank you again and said she had better rush to catch her train. We thanked her and said how much we love her work, and how nice it was to see her again. She smiled and waved, and off she and Olive ran up the road to Brighton Train Station, and the two of us headed for our bus stop, absolutely beaming with happiness!