Jerry Seinfeld was out for a couple of stand up shows in the Los Angeles region.

I went out both nights trying to get the legendary TV star on some personal cast items that already had Julia Louis Dreyfuss.

I showed up pretty early to both performances, as it was only a matter of time waiting for Seinfeld to leave the venue.

There was a crowd of Seinfeld collectors waiting along with the gang of usual suspects.

A couple fans walked up to us asking for photos, essentially exclaiming, Can you spare a square?

No squares to be spared, especially photos.

We waited and Yada, Yada, Yada… Jerry Seinfeld walked out.

The first night there was no barricade so I am positive he was wondering how bad it was going to go. 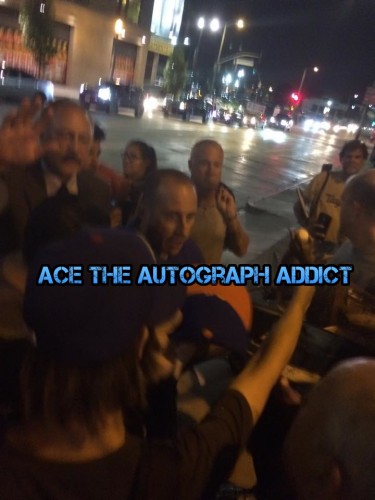 All I could here him repeating to the venue security was “Is there a line?”

Since there was sort of a line, he kept signing. However, he was looking for any reason to stop.

Both nights he was very firm with many fans that he did not want to take photos. 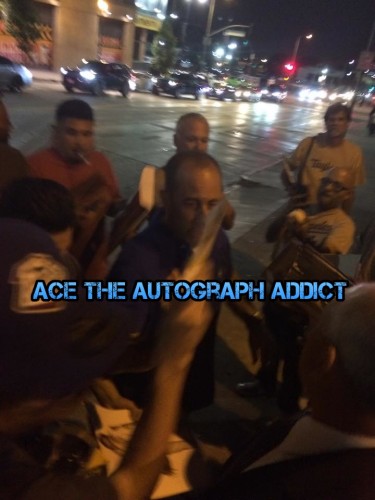 If the request was too much for him, he would reply with “too hard.”

I noticed as he came down the line he was skipping people depending on their items. I was one of the lucky ones as he signed both of my photos. 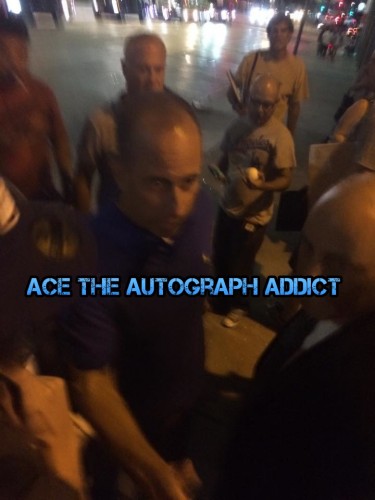 However, I don’t blame him. He was reasonable. He insisted that if a crowd started to form around him, he would stop signing.

He got down maybe 15-20 autographs the first night before the line broke and stopped signing. 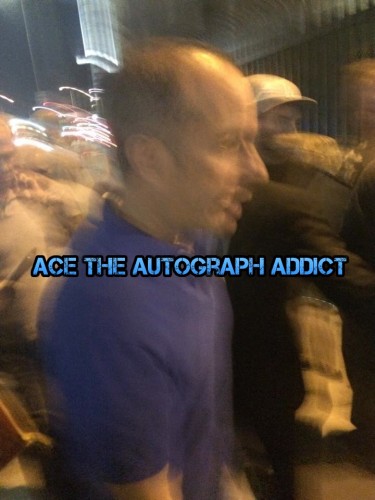 The second night a barricade went up. Once again, a crowd of people waited down the line of barricades.

He came out again however he was much more hesitant about approaching the gate. 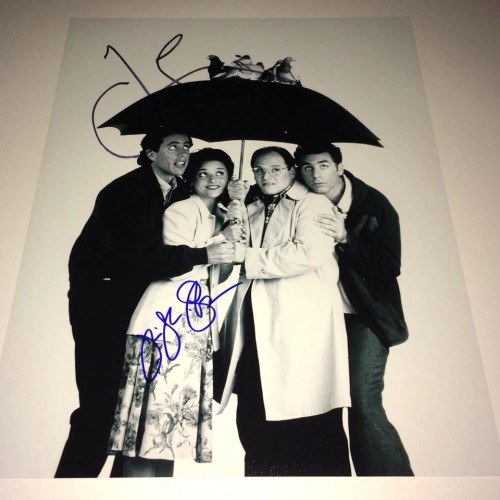 Seinfeld started signing. There was a larger crowd of people so several people cut in between people.

Two older females went crazy and tried to jump the barricade. One of them tried to throw their tickets at him to sign them and the other tried to grab a hold of him. She had man hands. 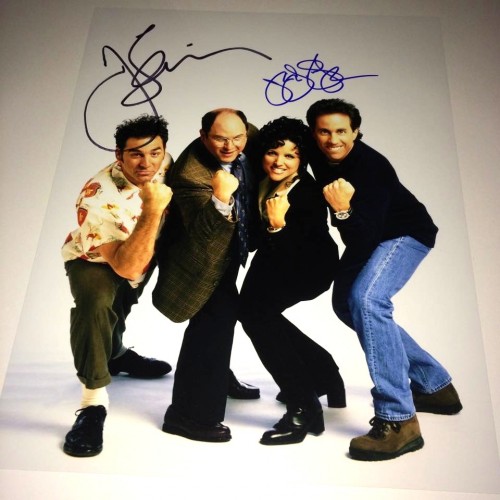 He was about to bypass me while this was all going down and I literally asked that he not skip me. He signed several of my cast pieces and moved on to the next cluster of people. Giddyup!

Many people attempted to get signed baseballs. The Mets had just lost a major game in the series, so I know that wasn’t helping the mood if anything. He skipped a bunch of items. Many people walked away empty handed. I would say that he signed about 25 the second night. 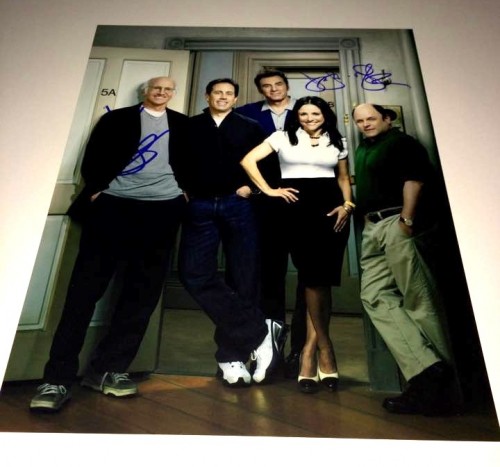 I was pretty happy overall. I know being a fan of Seinfeld, I would have been disappointed if I was skipped.

Fortunately, that was not the case. 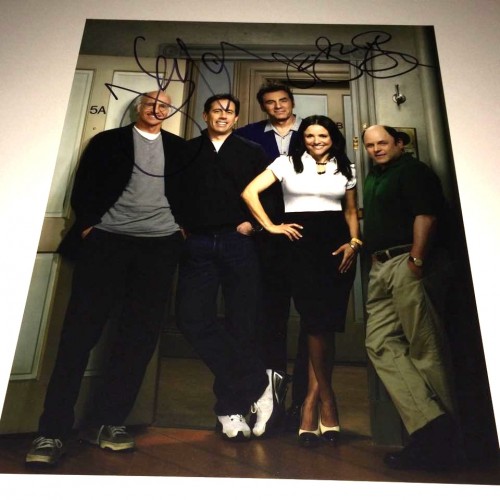 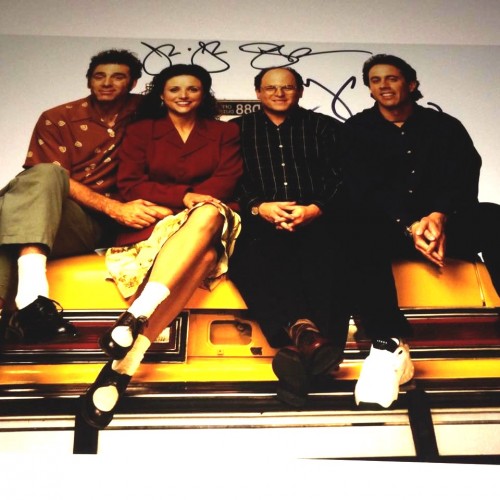 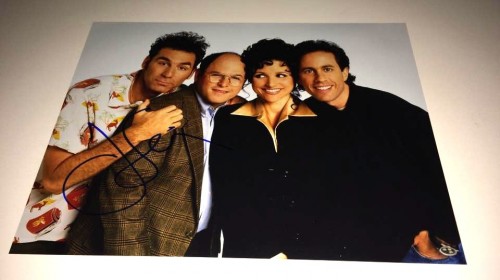 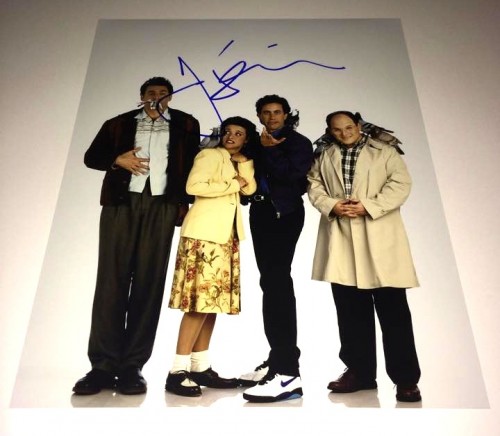 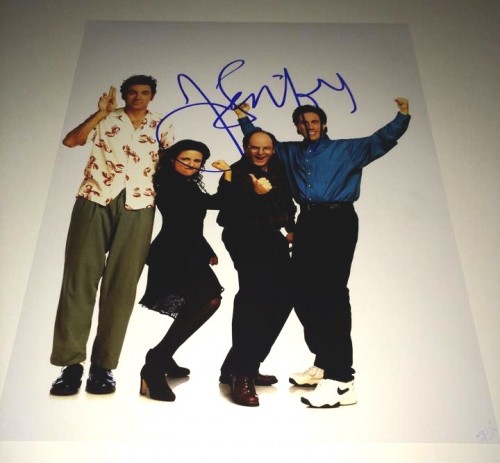