Jim is back and he has a great recap for us all this week! First off, Jim talks about his love of Superman and meeting Superman’s biggest fan Jerry Seinfeld! That’s right, the NBC sitcom star is a huge fan of the man of steel!

Plus, recaps of The Lego Movie, this weeks new comic book releases and more!

Hello comic book fans and welcome back to this weeks look at the ever expanding world of comics. But before we get started I do want to give you an update on last weeks Lego movie. It was AWESOME! The cameos and voice work was fantastic. When you see 1992 Shaq in the same shot as Batman and Michelangelo from the Ninja Turtles you can’t help but lose it a little. Oh and the song they play over and over again during the movie will be forever etched into your brain, trust me everything about this movie is awesome.

Now back to this weeks comics, since this weeks releases were more or less average I wanted to showcase a fun book with not only a great writer and a very talented artist but with one of the worlds biggest TV stars as his #1 fan. That’s right I’m talking about Action Comics Superman and Jerry Seinfeld. 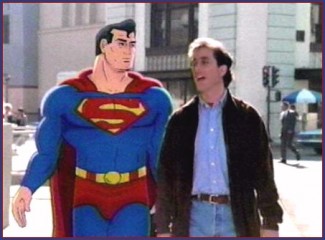 Back in the 90’s Seinfeld became the original must-see-tv shows. Everyone watched it and repeated the lines all week long. What most don’t know or realize is that Superman was in every episode, whether mentioned or shown he was their. Sometimes it was a magnet on the fridge or a statue on the book case or even when Jerry wore a blue t-shirt with red sweatpants. All references to his love for Superman.

So a couple months back when Jerry was in Pittsburgh for a show I had to be there. What a performance and after attending the late show I made my way over to the stage door to try my luck. Not long after getting situated by the door Jerry comes walking out and spends the next 5 minutes talking and signing autographs for his fans. 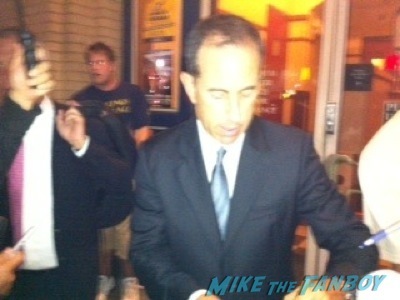 I didn’t realize how accessible he would be so I didn’t really prepare, I brought an old photo from the show that I got Bernie Williams to sign years earlier and a single shot 8×10. He signed both and even switched pens. What a great show and what a really nice guy, one of TV’s comedic legends. Next time I see him I may try to get one of the pictures signed of him and Superman. 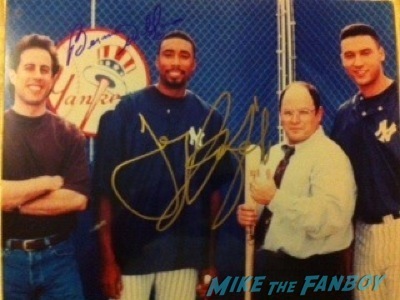 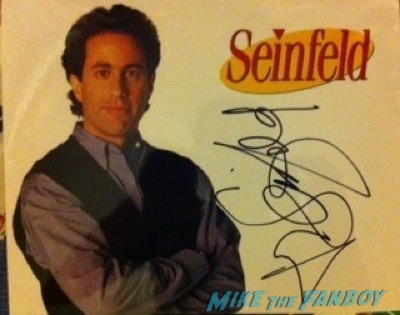 Superman is the godfather of all the superheroes that we love and enjoy today, so when the great writer Greg Pak took up the book several issues back Action Comics became a must read all over again. This week is no different with issue #28 hitting the shelves on Wednesday the book finds it’s groove and with cover art like this you know this book is something special. Don’t be surprised if you find T-Shirts at Wondercon showcasing this beautiful cover. Action Comics is my must read of the week and if you don’t believe me just ask Superman’s pal Jerry Seinfeld. 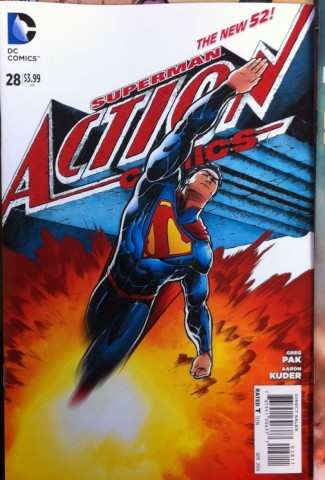 If Superman isn’t to your liking then don’t miss out on James Robinson’s Invaders #2 or JMS’s new Image book Sidekicks. 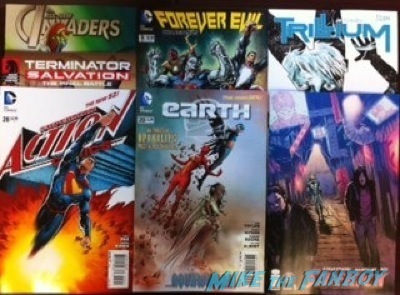 Until next time.
Jim