I have to tell you… Jack Gets Around!

Sorry, I was feeling nostalgic today and since it’s ohhhhhh midnight when I’m coding this I figure a little nostalgia goes a long way. Time moves very very fast and pretty soon the things we use all the time will be replaced with something else. Blackberrys turned into I-Phones, VHS turned into DVD, DVD is now Netflix, and Myspace became Facebook.

The founding of Facebook was the subject of The Social Network, an amazing film that was directed by David Fincher. It’s a fascinating study and you need to see it!
Jack was lucky enough to meet several of the stars including Andrew Garfield and Jesse Eisenberg!

You don’t get to 500 million friends without making a few enemies or so the famous ad campaign went. My favorite film from the past five years is “The Social Network” and I really can’t even stress that enough. Not only did I see the film opening weekend twice (three times in theaters overall), but I can honestly say I have seen the film at least 25 times. Say what you want, but I believe this is one of the great masterpieces of the 21st Century. 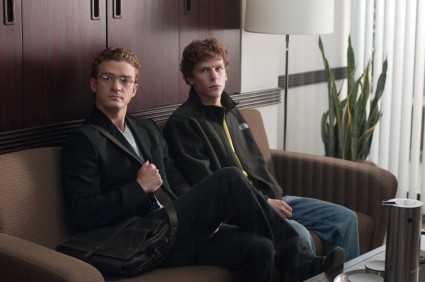 Much like the film “Do The Right Thing,” this movie too was unfairly passed over for Best Picture and I believe many will regard it as one of those bad “voting decisions” decades later. 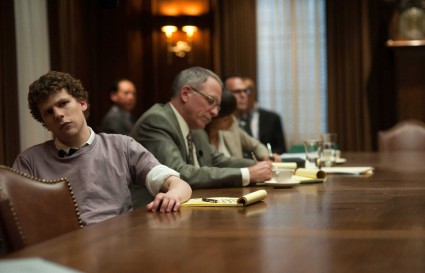 I seriously do believe that and any time the film is on, regardless of time, I will watch it. For those who have been under a rock for the past few years, the film tells the fictionalized story how Facebook was created and the struggle to discover the real inventor of the most popular, innovative social networking site around. 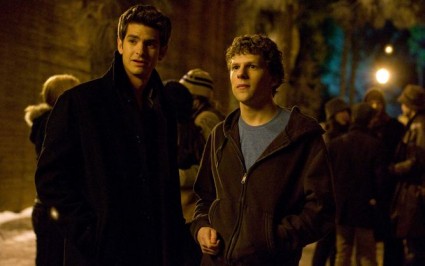 Since the movie’s release I have been very fortunate to meet many of the people involved with the movie and even had drinks with one of the actresses (Hint: she plays one of the girlfriends). My biggest highlight was meeting Academy Award winning screenwriter Aaron Sorkin at Paleyfest, but unfortunately I wasn’t able to get him to sign any of my “Social Network” memorabilia. Other cast members I met were Rashida Jones, Justin Timberlake (twice), Armie Hammer, Andrew Garfield and Jesse Eisenberg (twice). Of the five actors I was only able to get autographs from three and only two of them on actual “Social Network” mementos.

As I previously mentioned in my article about “Zombieland” I met Jesse both before and during his Academy awards push for his role as Mark Zuckerberg. I had written:

“Jesse Eisenberg appeared at the Hollywood Roundtable event for AFI Fest along with Andrew Garfield and Carey Mulligan. Out of everyone I thought Jesse would be the easiest to obtain, but he was the only one I missed. All the guests were promptly escorted out of the theater to take pictures on the red carpet in the front courtyard for waiting photogs and paparazzi. Eisenberg finished first, but was quickly escorted by AFI Fest staff and Sony publicists to his car with almost all the dealers chasing after him. In a few short months, he became an awards contender and his signing habits drastically changed. From what I saw, his handlers were really keeping him away from autograph seekers and aggressive autograph hounds.”

At that very same event I managed to get Andrew Garfield to sign my Entertainment Weekly. 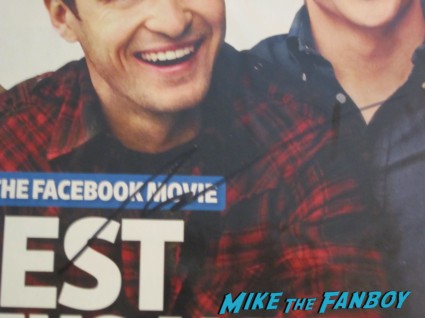 While everyone chased after Jesse I saw Andrew leaving the red carpet in the crowd and managed to get his attention. After thanking him for his amazing performance, he quickly signed the magazine and took off in the crowd without any security. Mind you, he had already been announced as Spiderman and no one was approaching him. Fortunately for me, Andrew was kind enough to stop and hopefully one day I can a picture with him. 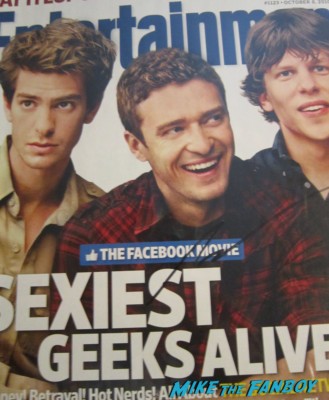 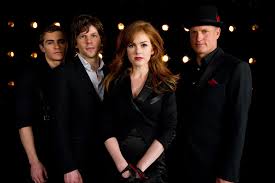 Unbeknownst to me, it was also the film’s LA premiere and I was suddenly worried. Some friends were outside including Scotty The Music Man, who informed me only a handful of people signed outside including Mark Ruffalo and Isla Fisher with Jesse ignoring requests. This is never good. 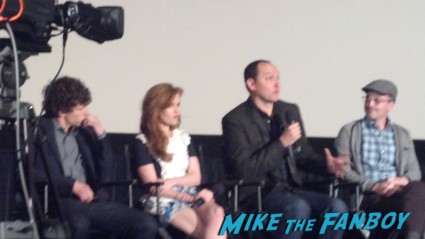 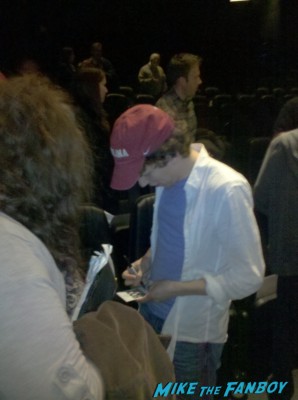 He only signed three autographs total inside so I consider myself lucky. Hopefully, one day I can add more autographs to this collection, but for now I’m fairly content. Until the next time, happy autograph hunting! 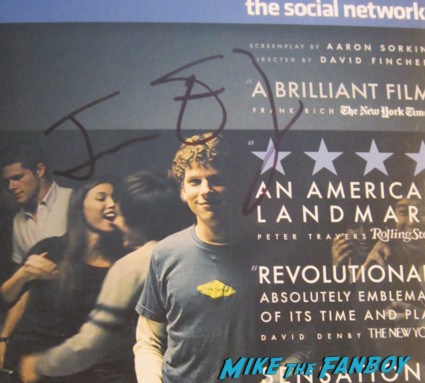