Home / Fanboying! • Will / Will Meets Jessica Alba And Gets Some Blurred Lines From Robin Thicke! Grammy Weekend Awesomeness!

OMG! There are some days when it really pays to head out and just see who you might run into! Will certainly had one of those when he was able to get photos with not only Jessica Alba but also Robin Thicke as well!

Personally, I would have asked Robin to release an updated version of his father’s classic The Facts of Life Theme song, but that’s another story. LOL..

Check out Will’s awesome photos and recap below!

I headed out to a hotel in Hollywood to see if I can catch some Grammy pre party people and guess who I saw? JESSICA freakin ALBA! my high school love haha. Just like Billy Beer, i’ve wanted to get a photo op with Jessica Alba for a long time! I love me some Jessica. But I heard she isn’t too fan friendly..

She was walking with her husband Cash Warren. Several paps was following her and you can see me in the back round trying to get a photo haha.
 
We stopped at a stoplight and Cash Warren grabbed my camera and snapped the photo for me. 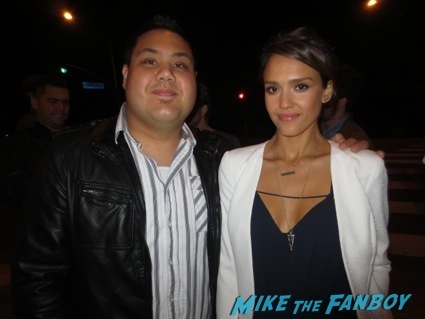 I went to the Conga room at L.A. Live to meet no other than Robin Thicke. Read somewhere that he was throwing a Grammy pre party and thought it would be a good opportunity to meet him.

Me and 3 others waited for awhile for him to show and we see people checking into the club and few moments later we see Robin Thicke making a grand entrance! 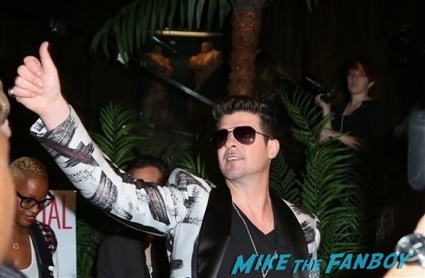 I asked for a photo op and he was in a good mood but his people were rushing him inside so I was one of lucky few to get a photo with him. 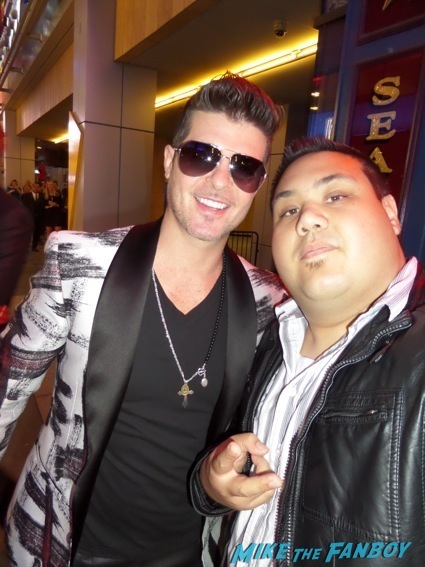 How freakin ‘cool is that? I just killed two birds in one stone. I heard Jessica is tough to get a photo with. I think one of the only ways to get her is stopping her at random crosswalks just like Billy’s encounter haha.

I just threw down another gauntlet haha. Until next time!