Home / Billy Beer's Barstool • Fanboying! • Q and A / Interstellar Q And A! Jessica Chastain Is Adorable! And Helps Billy Get Anne Hathaway To Sign His Poster As Anne Disses All Her Fans! Doh!

Since it’s Awards Season, a lot of people are out and about. I heard about a q and a taking place tonight and I decided to head out with Scotty and Billy Beer.

When I arrived Billy Beer was already on the scene sporting, a new variation of facial hair. The next time we see him, he’ll have a mullet and a handle bar mustache. 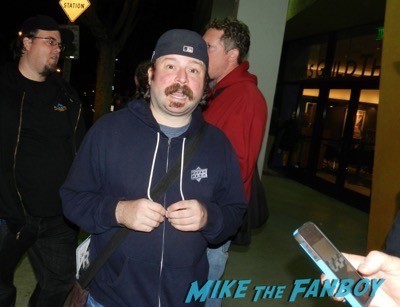 More and more people were arriving and we’re all trying to line up. Everyone figures that’s the only way Anne Hathaway might actually sign something. I have little to no hope, but here I am.

There are about 30 people here, not Angelina Jolie level, but not too shabby. Scotty took his place in line and we all hoped for the best. Billy has a Les Miserables poster he’s been working on and only needs Anne Hathaway to finish. I have my Love and other Drugs mini poster for Anne along with a Vanity Fair magazine for Jessica Chastain. I also brought a Batman Begins mini poster for Christopher Nolan… But I’ve never been able to get him either. Ugh…

We’re all very organized and lined up. I mean, I like it calm and organized like this, other people like the madness, but I’m telling you, this is the way to go.

Then Anne Hathaway… Oh Anne.. Her car pulls up and she bolts out of the car. Now, I saw one foot hit the ground as she leaps from the car to the inside of the door. She showed up 45 minutes early, to sit at a table and do nothing. But she couldn’t take 3 minutes to sign one each for people? Really?

Billy decided to make a sign. He wrote, “Anne, I can you signed one each? I drove three hours and I need you to finish my Les Miserables poster.”

Then Jessica Chasten pulls up. Let me tell you, here are the differences between the two. While Anne Hathaway wouldn’t spit on a fan if they were on fire, Jessica Chasten skips on over to everyone to sign and do photos. She is so sweet. She even waits as another collector’s camera doesn’t work, and says, “I’ll come back, don’t worry.” 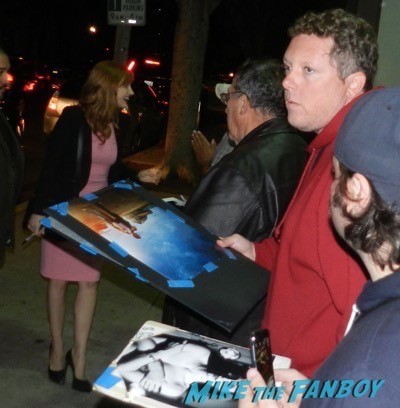 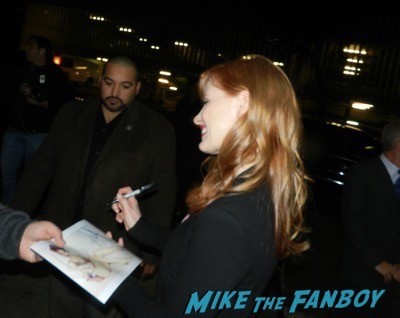 Jessica then goes down the full line. I mean you can’t even begin to talk about how kind she is. seriously. 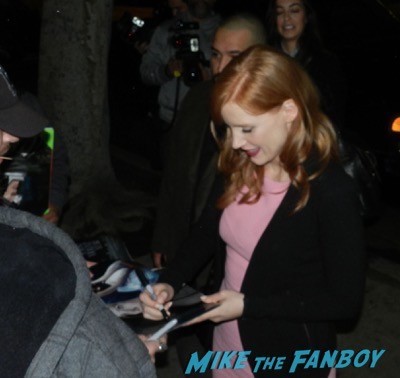 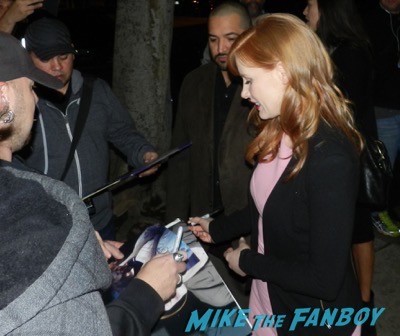 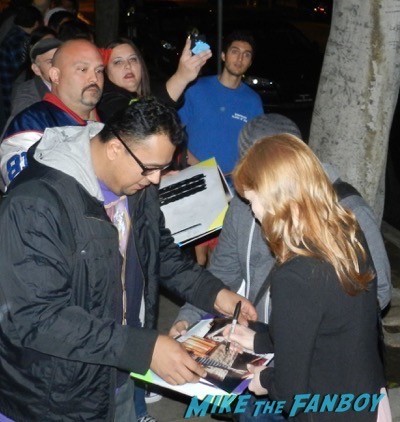 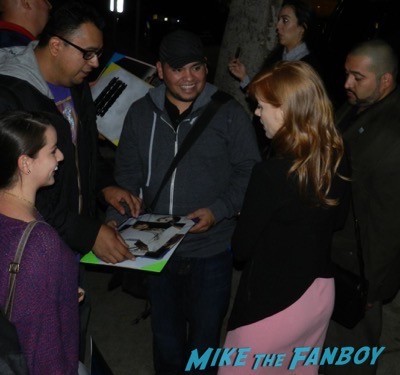 Then on the way back, after Jessica Chastain signs for everyone, she stops to do another photo for Billy. Then Billy asks Jessica to take his sign to Anne Hathaway. He tells her about his poster and Jessica takes both from Billy. She goes inside and gets Anne to sign Billy’s poster.

That’s how nice she is.

He’s happier than a pig in shit. 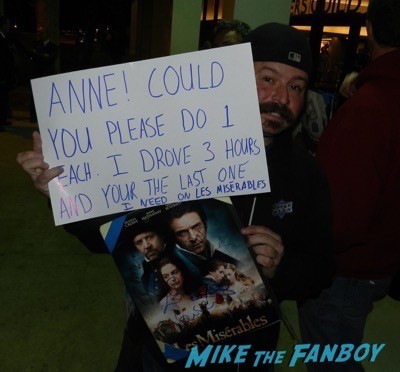 Scotty’s quote, “Anne Hathaway is a twat.” That just shows how she shits on fans.

Don’t mess with Scotty man. He is a fan scorned.

Then Billy turned the sign over and Anne and Jessica wrote a note on the back of Billy’s sign. 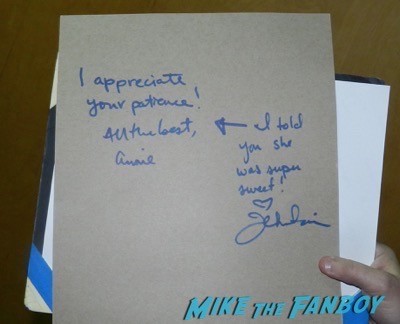 It’s cool, but again as Scotty says, “It’s a slap in the face to anyone who’s a fan of Anne Hathaway.”

I get his point, she’s not nice and is a fake, She’s been faking it all this time, and people see through it.

I used to love Anne Hathaway. LOVE HER. And then… I stopped. I’ve gotten her to sign, if there’s a camera on her, she will break down, come off her high horse and do it, but otherwise forget it.

I’m getting off my soapbox… Until next time kids… 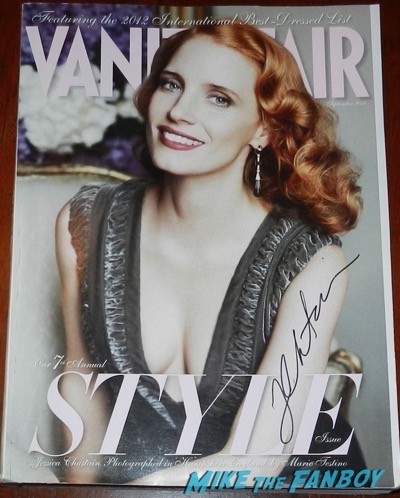