So of course Will had to check them out. I mean… Hello!

Pharrell Williams is a well known Grammy award winning artist and songwriter and a charismatic star who often stole the show when producing and guesting on other artists’ hit singles. With all the records he’s written and produced and the hits he sung with that soulful falsetto voice, Pharrell is like today’s Smokey Robinson.

I’ve been a fan since when he formed the group called The Neptunes back in early 2000’s. Pharrell was getting a star on the Hollywood Walk of Fame earlier that day. I wanted to meet him at the ceremony but when I heard he was doing a free meet & greet later in the day at a beauty supply store called Sephoria. I went to there instead. I guess he was promoting GIRL, the name of his new fragrance.

I stood in line and there was about 40 or more people in front of me. 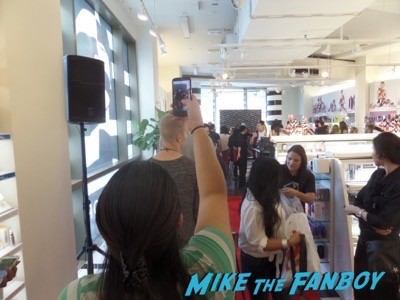 The line was moving pretty fast and as I get closer to the front, I start to feel a little nervous haha. 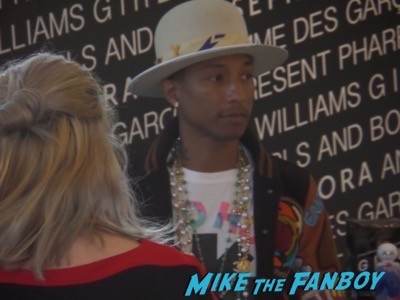 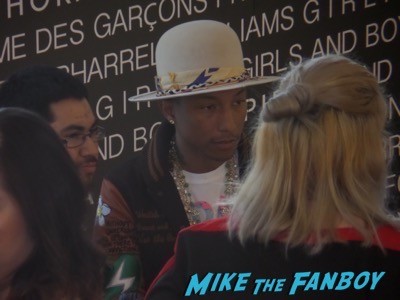 When it was my turn to meet the R&B star, I shook his hand and told him that I am a huge fan and got my photo op. 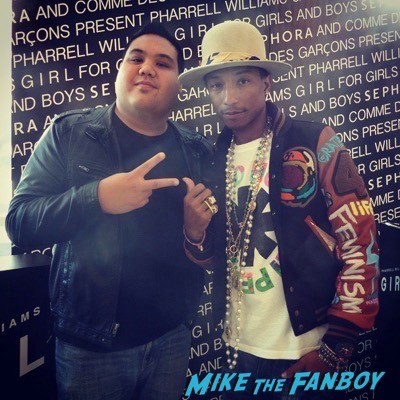 Afterwards, I went to a bowling alley called the Lucky Strike to meet the English pop singer Jessie J. Jessie J has been making a big name of herself. Combining the vocal prowess of Katy Perry and Beyonce with the feisty attitude of Pink. I first heard of her in 2011 when she had her hit song called “Price Tag”. She has a new album out “Sweet Talker” with her new single “Bang Bang” that is a top 10 hit in the Billboard charts. 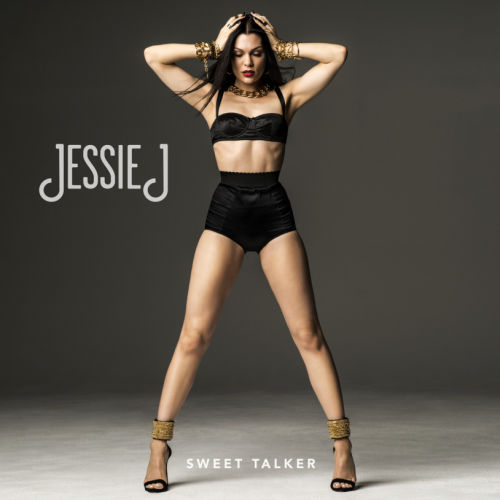 The meet & greet is a exclusive event for those who bought her new album on iTunes and you get to bring an extra guest. Luckily, my friend had an extra ticket for me. We waited in front of Lucky Strike to be let inside for the meet & greet. 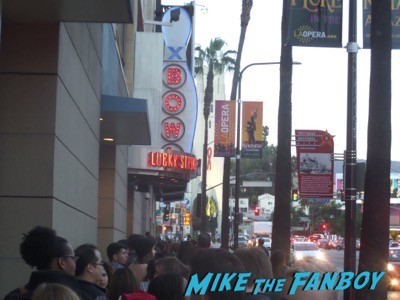 Security didn’t let us take out our phones or cameras to take pictures of her inside but when it was my turn to meet her. I shook her hand and told her that I love her singing voice and she smiled and said “Thanks hun” (I love her English accent haha). 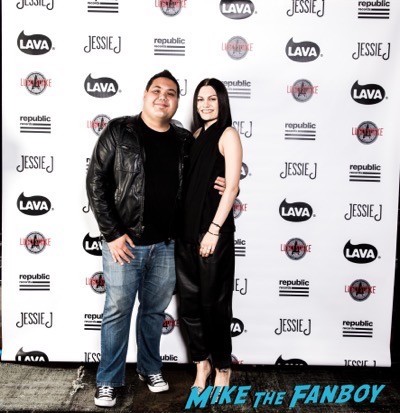 I asked the professional photographer to take another one just in case I didn’t like the first photo. 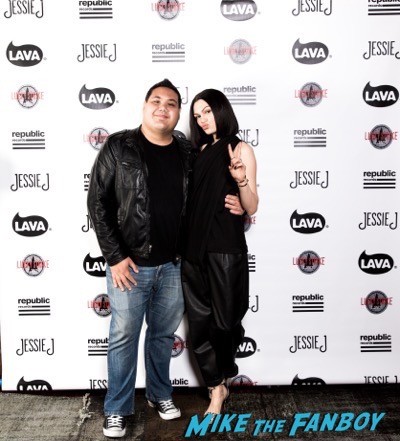 It was a good day. Skipping the Star Ceremony was the right decision to meet my favorite artist and then meeting Jessie J was icing on the cake all in the same day. It couldn’t be any better.