It makes me happy to know that “Gomer Pyle” is still being rerun on TV. It would have been doomed to obscurity had it not been a spin off of the all-time classic “The Andy Griffith Show”, but trust me when I say that the star, Jim Nabors was the object of fandom in the ‘60s and ‘70s. As a kid watching the show, I could never reconcile the thick southern accent Gomer with the deep, operatic singing voice the actor had when appearing on the many variety shows he turned up on as a guest, but I was enough of a fan to name a toy duck I had as a wee child “Miss Bunny” after Private Pyle’s long-time girl-friend on the show.

Flash forward a couple decades. Surprise, surprise, surprise! I was thrilled to hear Jim Neighbors was going to be a guest at the TV Land booth I was working with at a syndication convention in the late ’90s. I got to spend most of the day with him. He was amongst the nicest celebrities I have ever met and we had a long conversation about his career that made me love and respect him more than I had before that day. Before departing to return to Maui macadamia nut farm, he signed a photo to me and posed for a picture. I also had him sign a rare Gomer Pyle trading card of him with Sgt. Carter(aka Frank Sutton). It was a day from the forever ago that I’ll never forget. 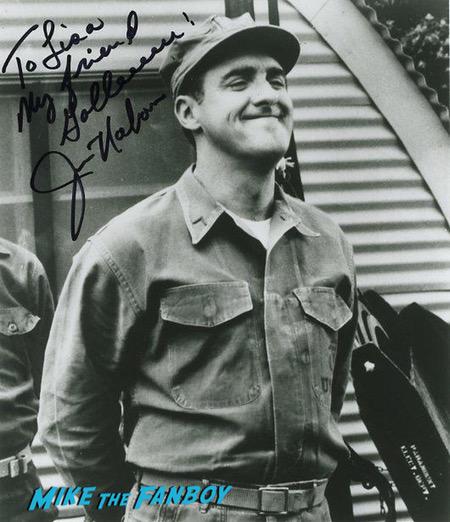 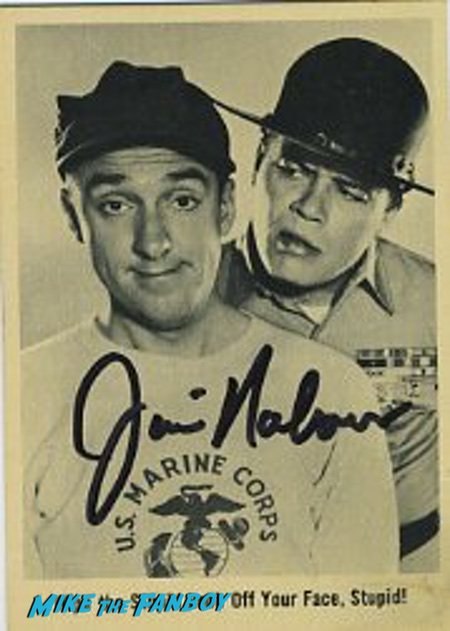 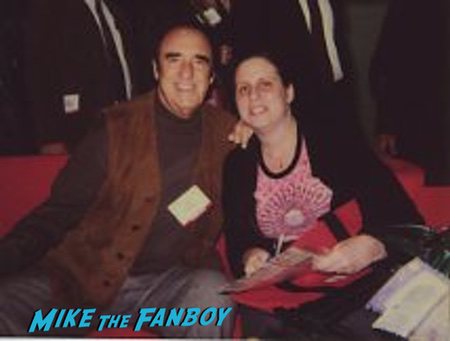