Who Doesn’t love the original Robocop? You have to love it. It’s over the top campy fun, but back in the day it was cool as shit. LOL. With the reboot coming out, I thought, you know… why not get both posters with both Robocops on them?

Oh, the things that go through my brain. As you all know the Robocop premiere was a bust, but I hear that Joel Kinnaman is super nice. He was on a talk show at the same time as the premiere and I headed over.

Scotty was there for Ethan Hawke, The Other Mike was there trying to get all 99 of his 12×18 photos of Robocop done. Yes, I hear they always overprint photos. lol…

I only had the one mini poster. Yep, me… With only one. I didn’t know quite what to do with myself here. lol…

So, I arrived, and went second row. Scotty was holding court and had the front, I just figured eh… I’ll wait here. There’s only like 15 people waiting so it should be pretty easy right?

After about 20 minutes or so of waiting, The doors open and Joel Kinnaman arrives. He’s one tall guy! What is it with Swedish actors being so tall. Perhaps it’s in the water! lol. 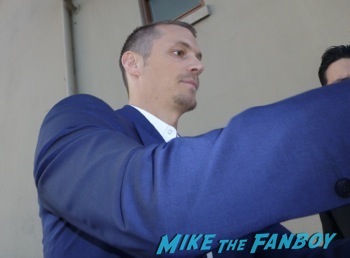 Can I just tell you.. Super cool. He saw the crowed and came straight over! 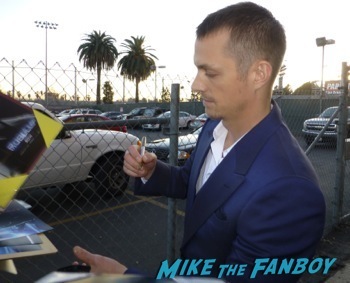 Joel Kinnaman grabbed a pen and went to town. I think he signed everything around him. And he was super nice, he seemed a little shy, which I thought was endearing. 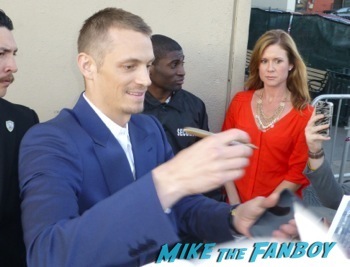 He signed two photos for Mike and then I got my mini poster signed as well.

And since I didn’t have anything else, I got a couple things signed for The Other Mike. Joel Kinnaman was happy to sign everything which was cool. 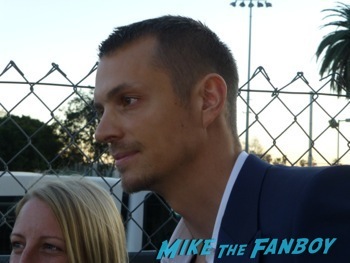 And then, that as we say was that. Scotty stayed around for Ethan Hawke who dissed everyone, Doh! But I have to say, Joel Kinnaman… A really nice dude!