Halloween season is upon us. Since October 1978, it’s hard not to associate the holiday and the word “Halloween” without mentioning horror icon John Carpenter. Luckily for Angelenos (and the past six years), John Carpenter makes an annually tradition of promoting his books and meeting fans at Golden Apple Comics. For the 7th annual John Carpenter/Halloween day I was finally able to meet Mr. Carpenter. 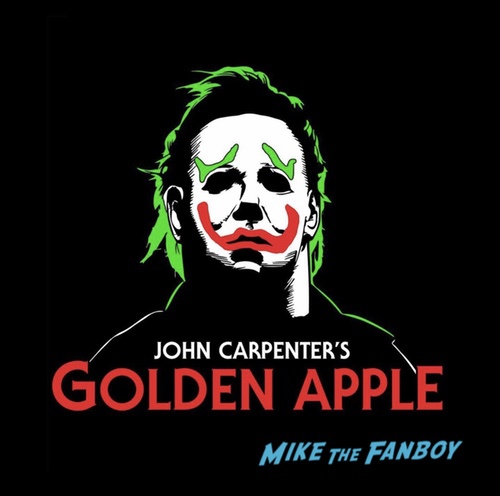 As someone who grew up a horror fan it was an absolute blast being able to have this opportunity. Unfortunately, every time John has done an “LA” appearance, it has conflicted with plans and/or was rescheduled. Thankfully Golden Apple had a pre-order and you were able to guarantee a spot in line with two options, one of which included a limited edition variant one-shot “Joker” comic cowritten by John Carpenter. 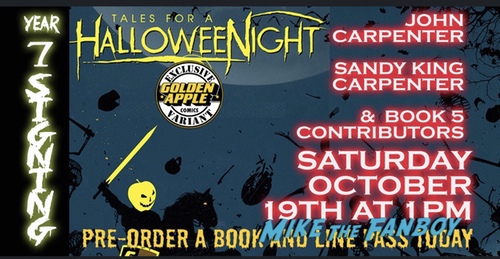 Having talked with friends over the years John Carpenter is a pretty great guy and often times will sign multiple things. However, we were informed only “1 additional personal item” was going to be allowed so I only brought a mini reproduction “Halloween” poster. Considering they were handing out numbers during the store opening I decided to arrive early so I didn’t get burned both figuratively and literally as I’ve been screwed over in the past with pre-order items/line number for signings. 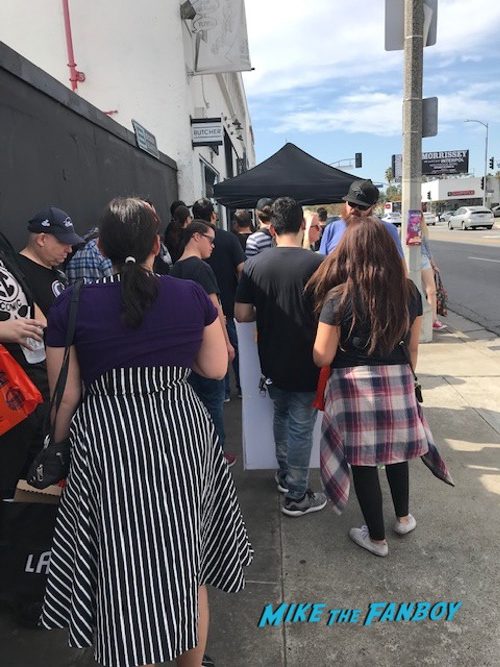 While fans were waiting, the staff at Golden Apple Comics informed us John would sign any additional items bought at the store, including multiple comics, whereas we were initially informed it was (1) comic and (1) personal item per person. As a result, I picked up (2) additional comics to get signed and was excited I didn’t have to debate whether or not to get my “Joker” comic signed. After picking up my pre-order, I managed to get a number within the first 50. Instead of waiting around for another 90 minutes I decided to come back. 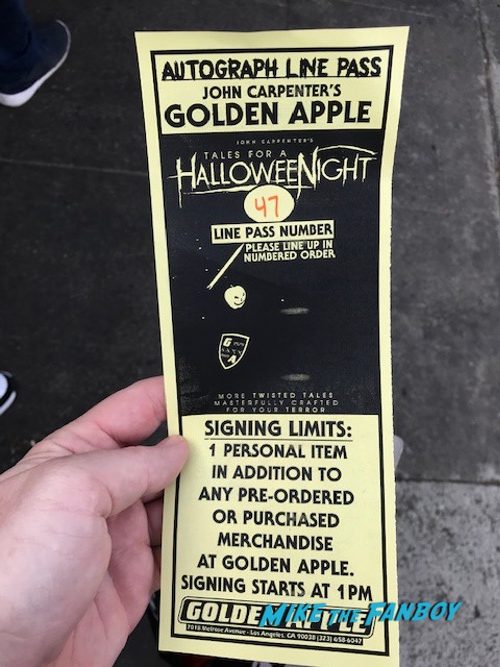 I came back about 10 minutes before the signing was to start and rejoined my new buddy in line continuing our conversation. While waiting in line it was cool seeing original posters, Michael Myers masks, figures, etc. Honestly, horror fans are always a blast interacting with and talking about their collections. Before we knew it, the signing started and we were ushered in fairly quickly. 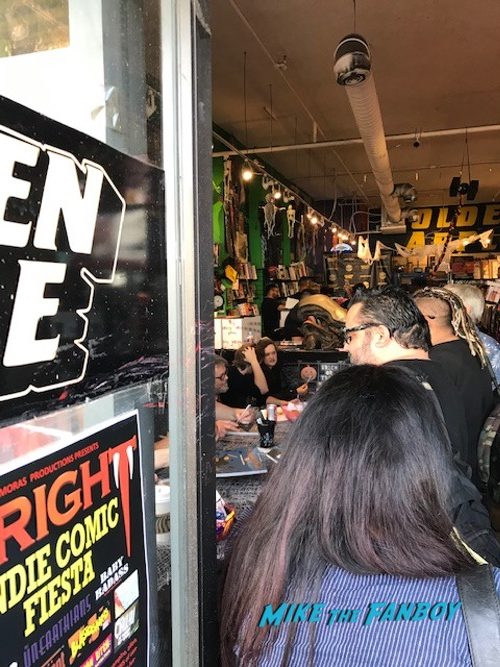 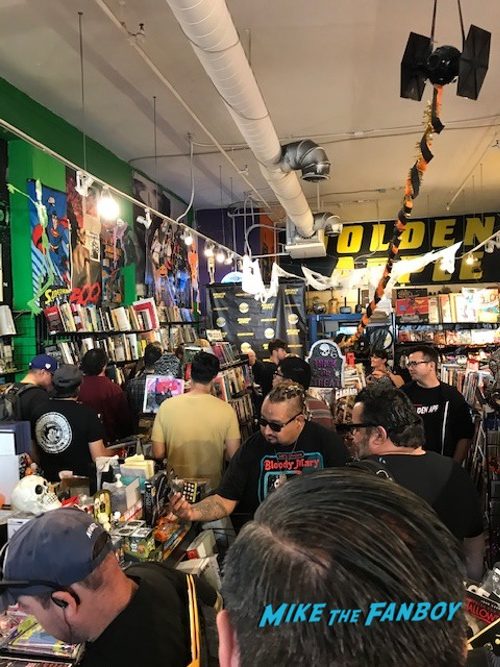 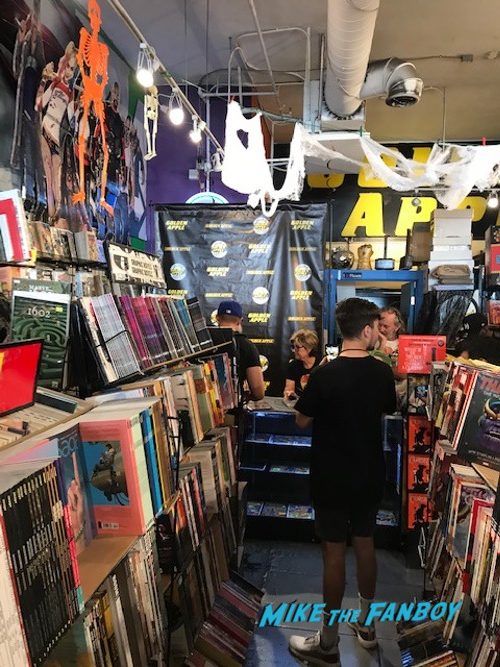 Immediately inside were various contributors including David J. Schow, James Ninness, Duane Swierczynski, Steve Niles, Cat Staggs, and Amanda Deibert. David and James started joking about Volumes 4 and 5, which I was getting signed, but James didn’t contribute so we were all joking about the book. James hadn’t read it and we bantered back and forth with David, which caused a slight delay at the signing table, but everyone in an earshot had a blast joking. Steve Niles was awesome when I gushed about “30 Days of Night,” but then my attention focused to John and Sandy King Carpenter. 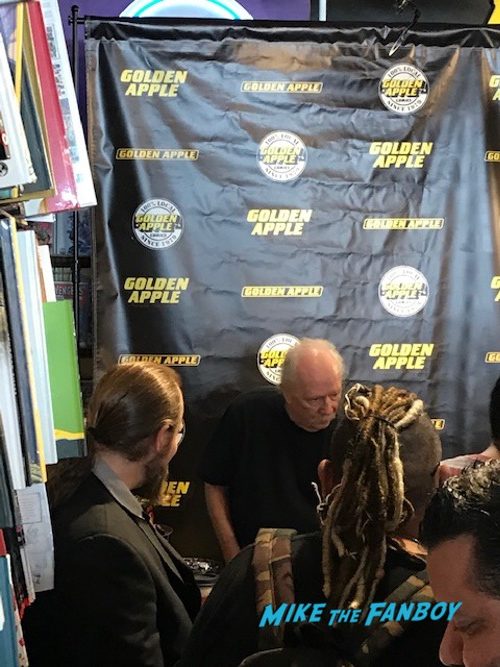 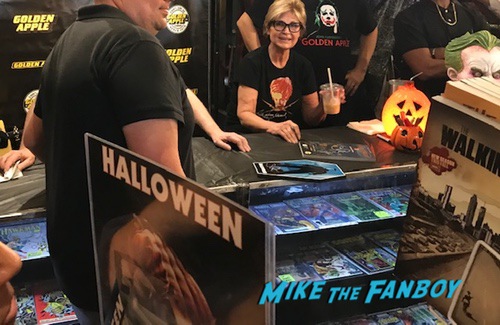 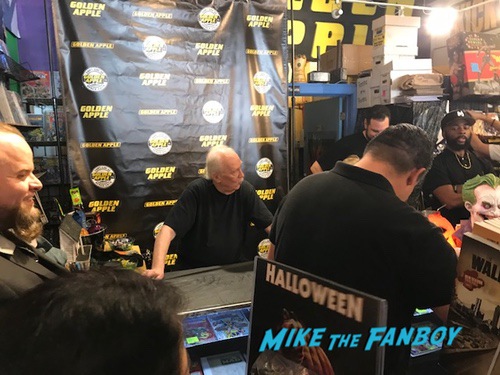 Both John and Sandy were taking their time with fans giving everyone their few seconds of time, which was really sweet of them both. As an added bonus, John was taking pictures with fans if they wanted. Fortunately for me I was in the last group before John would be taking his first break. However, the two people in front of me really pushed their luck and got a dozen different items signed by John with both the staff and John scolding them since everything was memorabilia. John was polite about the matter, but one person vented appropriately about the situation. Sadly, its people like this who ruin signings such as this when celebrities will sign personal items as well. Maybe get two or three (TOPS), but don’t ruin it for the rest of us by pushing your luck saying “Well so-and-so signed it” and “it’s a cast piece.” 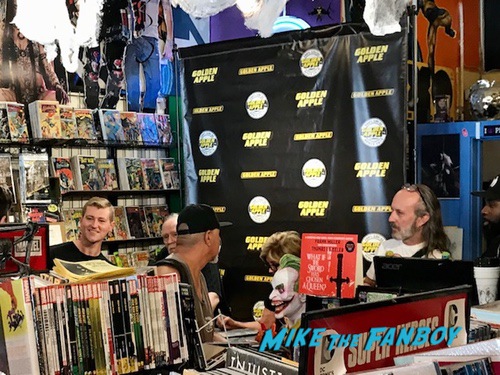 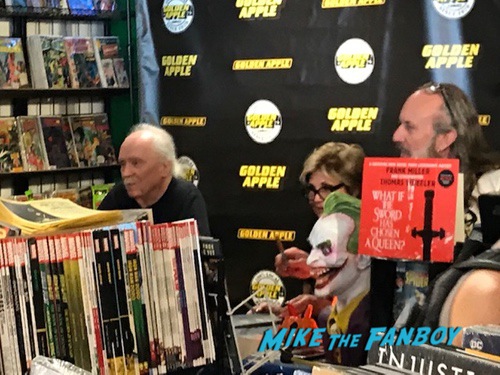 When my turn came, I thanked John and Sandy for doing this, which they were happy to be there. Of course, John made a comment about my Yankees hat, but as a result we had a fun interaction about baseball and fandom so that was awesome. He gladly signed my poster and comics as I gushed about “Cigarette Burns,” which he laughed and loved my enthusiasm, especially discussing Udo Kier’s “final appearance.” Sandy and I got to discuss “Bride of Frankenstein” for a hot second before I took off.

Overall, it was an absolute blast being able to meet everyone, especially John and Sandy King Carpenter. Once again, HUGE SHOUTOUT to Golden Apple Comics and Storm King Comics for an amazing event. Without a doubt meeting John Carpenter is always a treat! 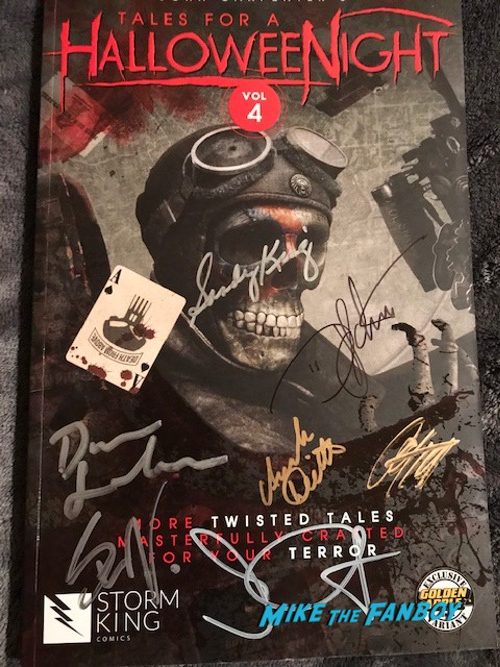 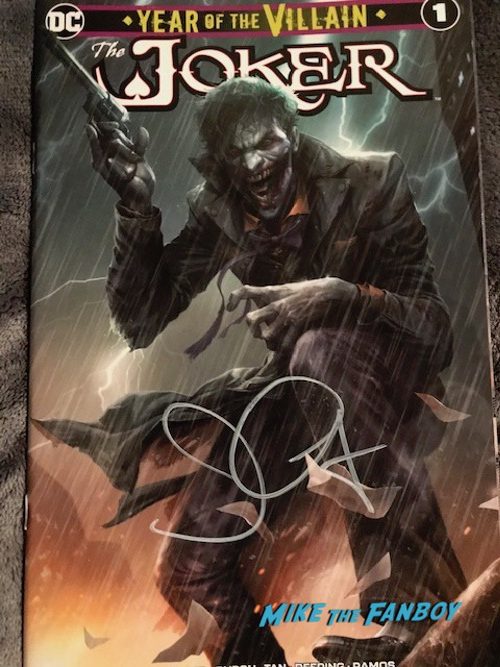 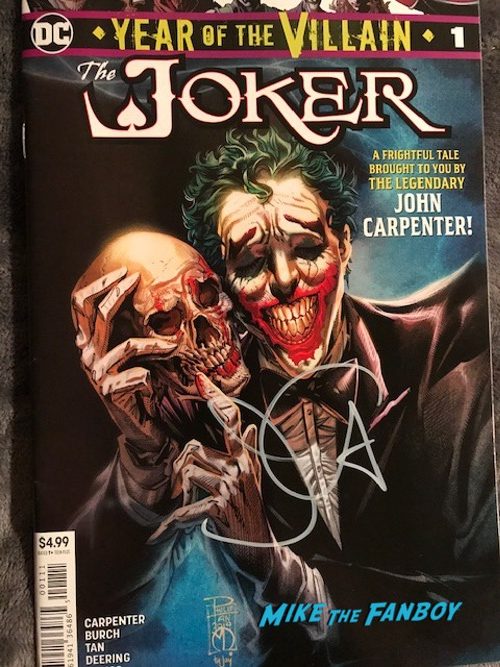 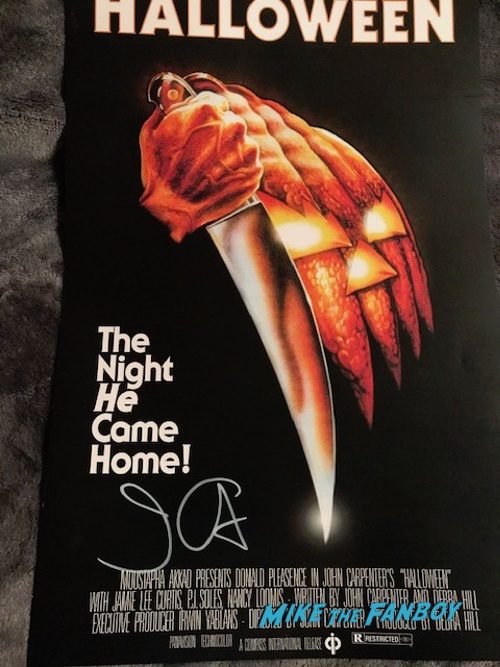