I haven’t done a star ceremony in quite a while. So, when I heard that John Cusack was getting his star on the Walk of Fame I made arrangements to be there. I honestly am not sure what to expect. John has been good at premieres but last time I went out for him, Jon wasn’t the nicest.

CB had an encounter with John at The Raven premiere and said John was really nice… So… I figure it’s worth a shot. Guest speaking today is Jack Black and Joan Cusack.

10:09 a.m. – I just arrived and I’m a little shocked there are not that many people here. I got a pretty prime spot on the rail right in front. CB is sitting this one out, (I know shocking!) so I’m the lone MTF wolf! LOL… 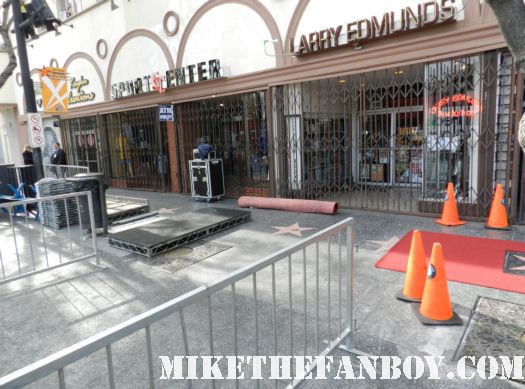 10:24 a.m. – Seriously, there was a huge dog that just ran through the set up. It seriously looked like a wolf! 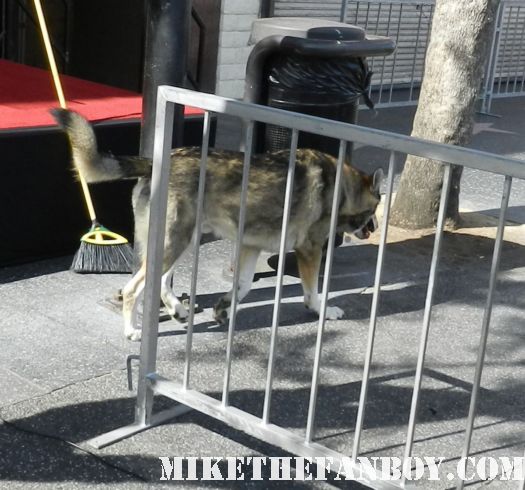 10:34 a.m. – We are right in front of Larry Edmunds bookshop. They even built a display for John’s new movie The Raven. 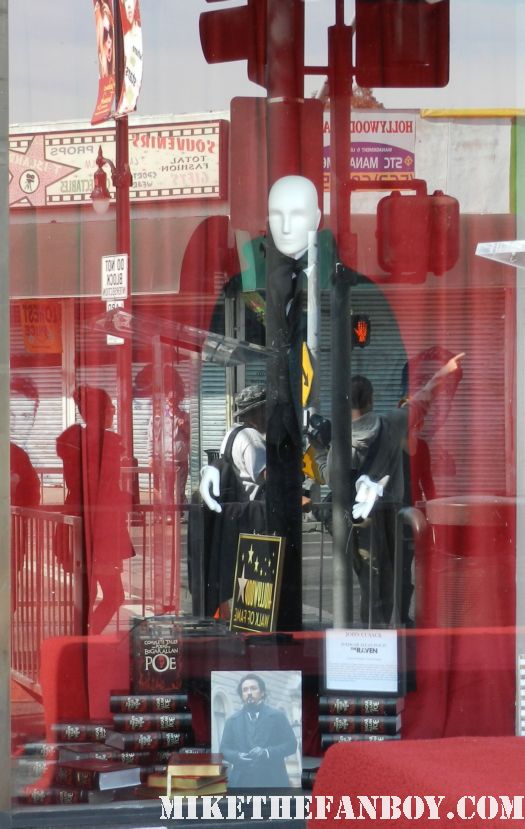 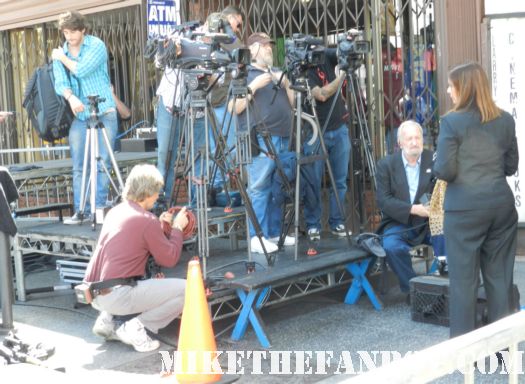 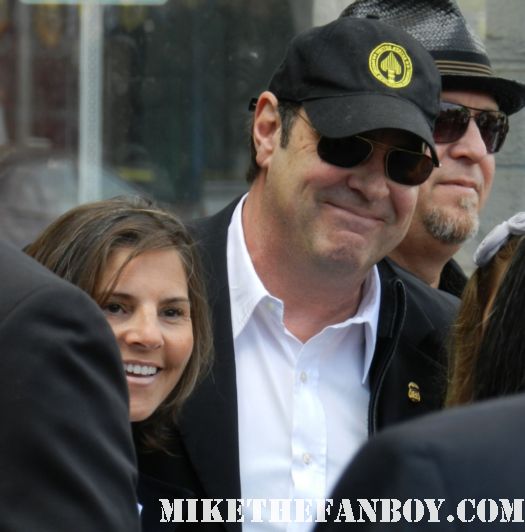 Dan is also not the nicest guy… So, even though I have a Ghostbusters DVD in my bag I doubt he’ll sign at all. 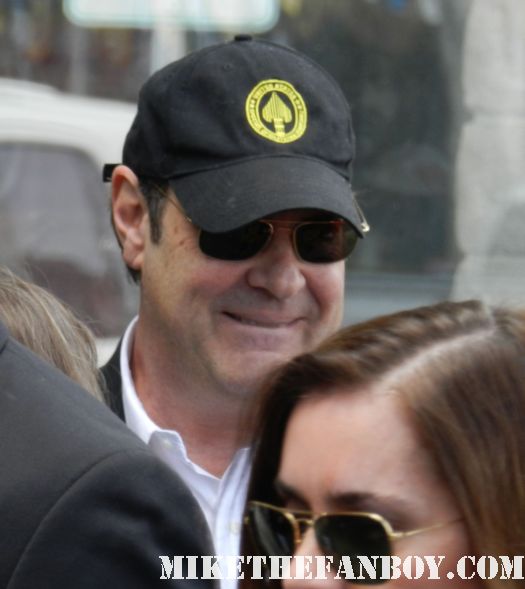 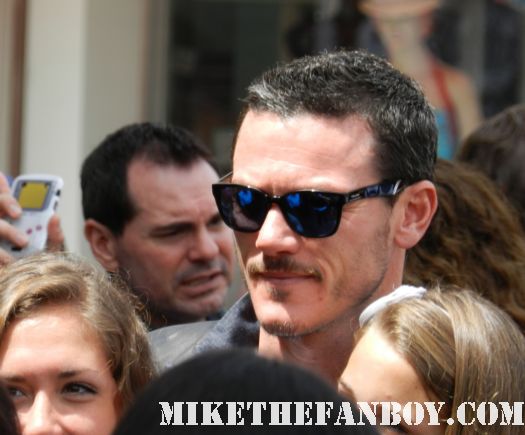 11:20 a.m. – Luke is clearly having a great time laughing with friends. 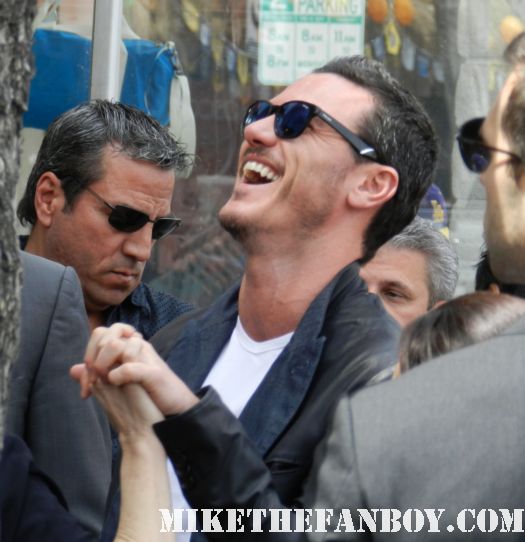 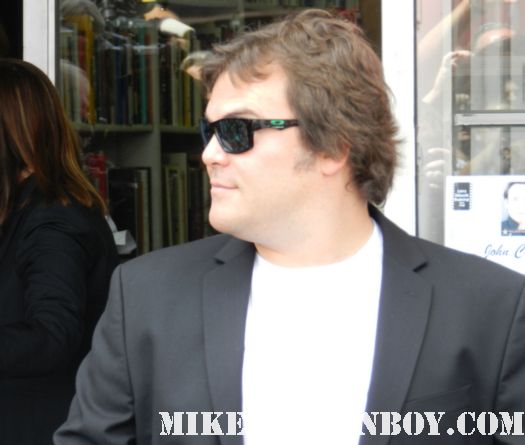 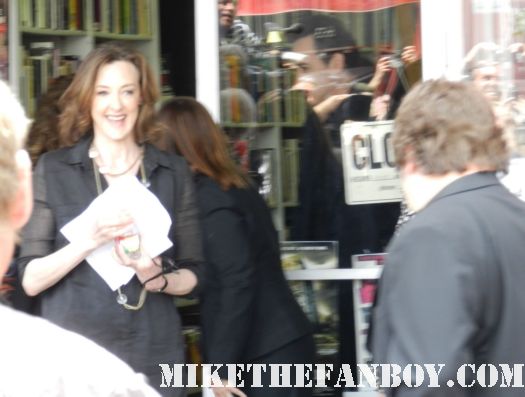 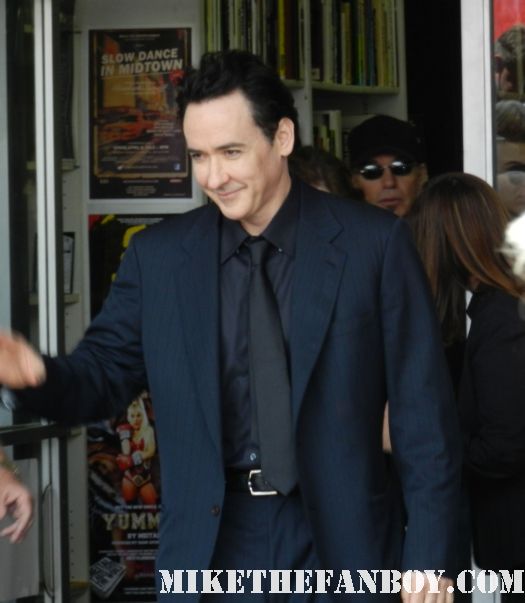 11:28 a.m. – Billy Bob Thornton is here as well… Wow, John has a lot of people supporting him today! 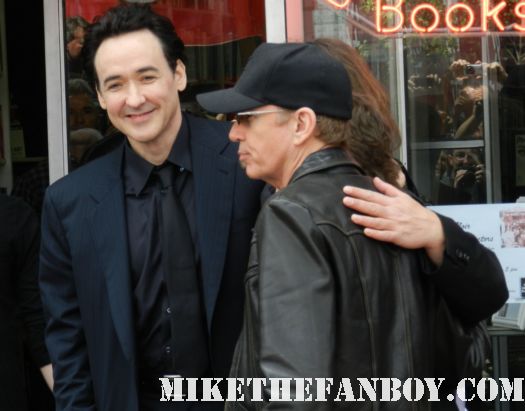 11:31 a.m. – The ceremony is getting started. It’s nice to be at these sometimes, there’s a real sense of history at these ceremonies. 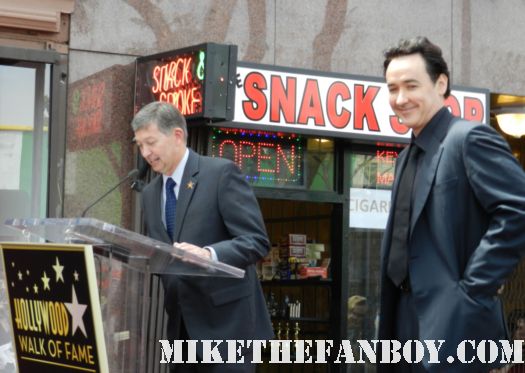 11:46 a.m. – Everyone is going down to help unveil the star. They are doing group photos in front. 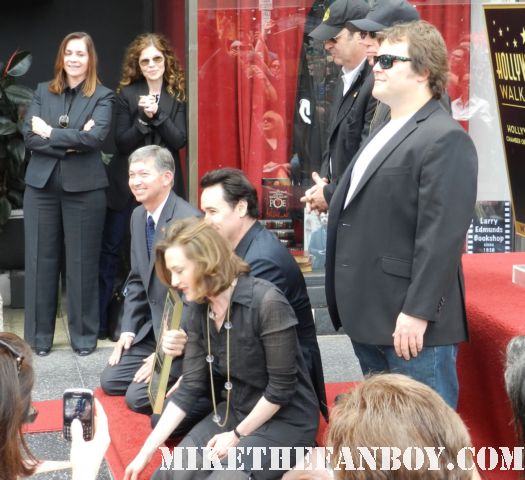 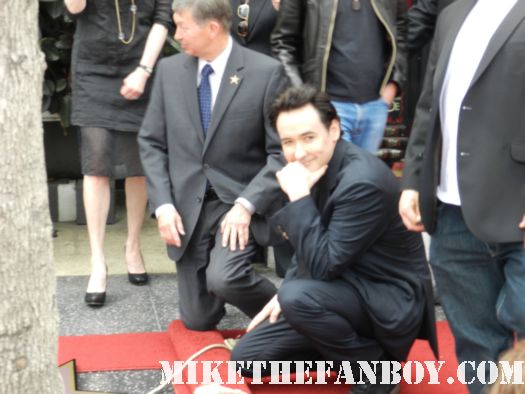 11:57 a.m. – We are trying to call Jack Black over… It looks like he is ignoring us but then comes on over. He says he is going to sign one each. 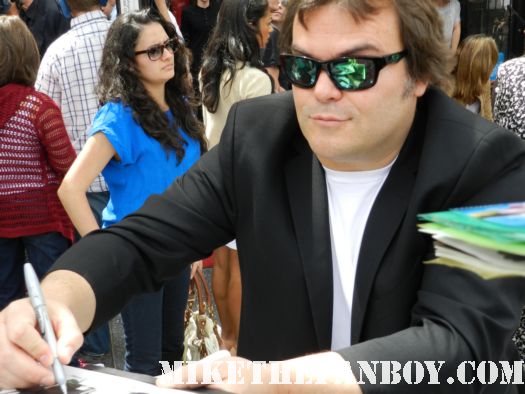 I have my Mars Attacks poster out and sure to his word Jack signs away. 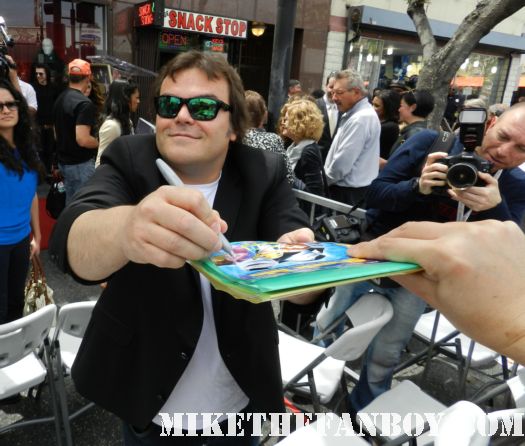 He thanks us for coming and supporting John which I thought was really nice of him. 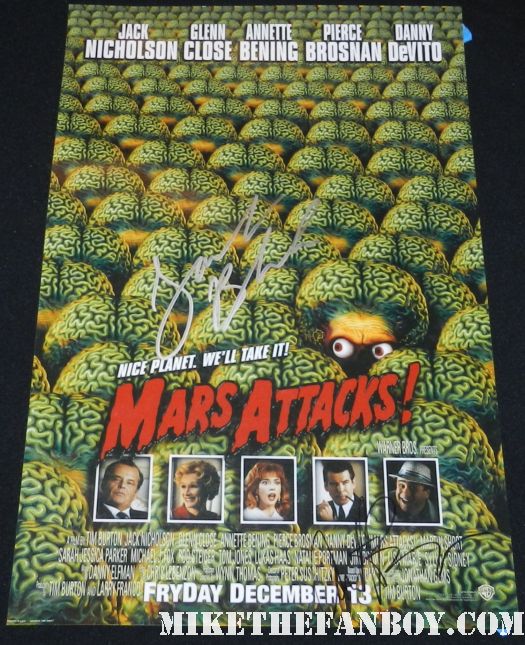 12:09 p.m. – Joan Cusack is signing on the other end of the barricade. I don’t have anything for her at the moment though.

12:11 p.m. – Someone asked Luke Evans if he would sign but he says no. It’s tough sometimes because the guests sometimes feel like it’s the stars day and they don’t want to take anything away from them. I have heard many times Luke is hyper nice.

12:16 p.m. – John is doing interviews but it looks like they are almost wrapped up…. 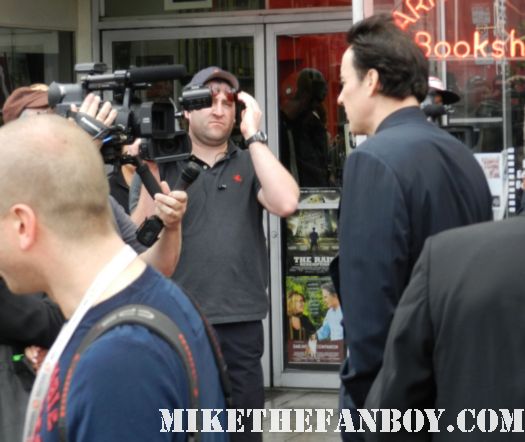 12:23 p.m. – John is done with interviews and we are yelling for him. John comes right on over and signs up a storm. 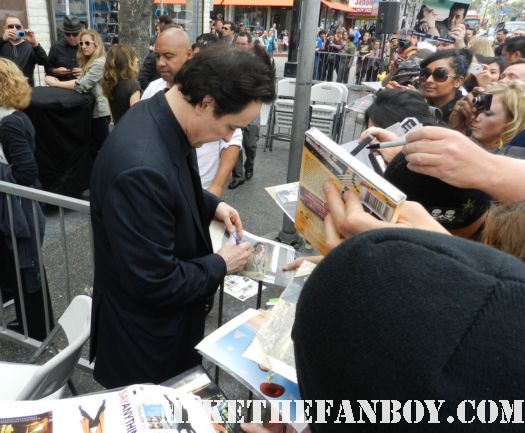 I got him on my Say Anything… mini poster and then the Hot Tub Time Machine poster like back to back and then did the DVD cover of Bullets Over Broadway and then I whipped out the laserdisc. 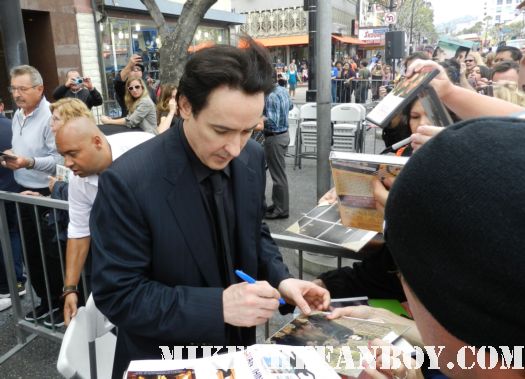 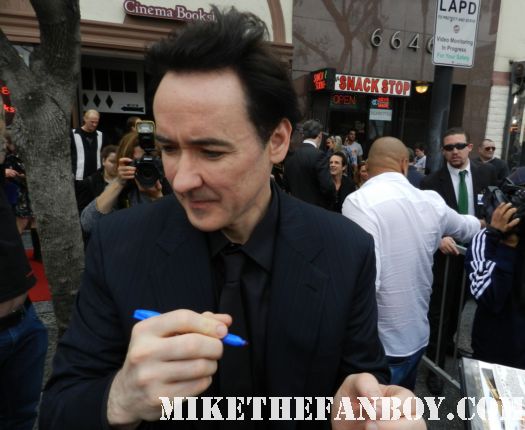 Honestly, if I had more I could have gotten everything signed! 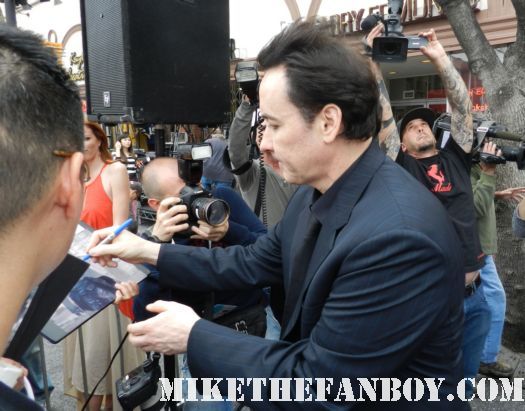 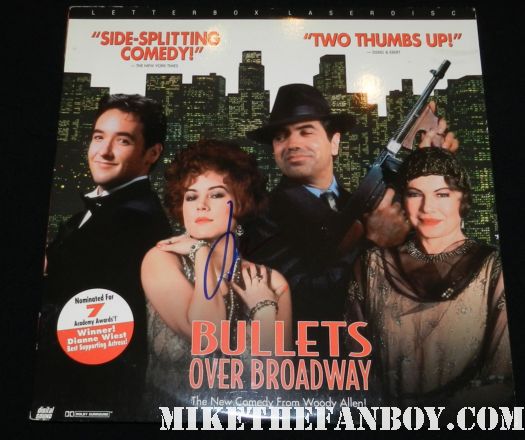 Wait, I have another DVD! I pull out my Being John Malkovich DVD and John signs and the cover and then I whip out the insert and John signs that as well. 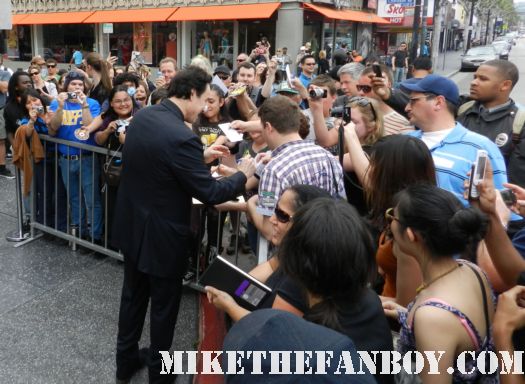 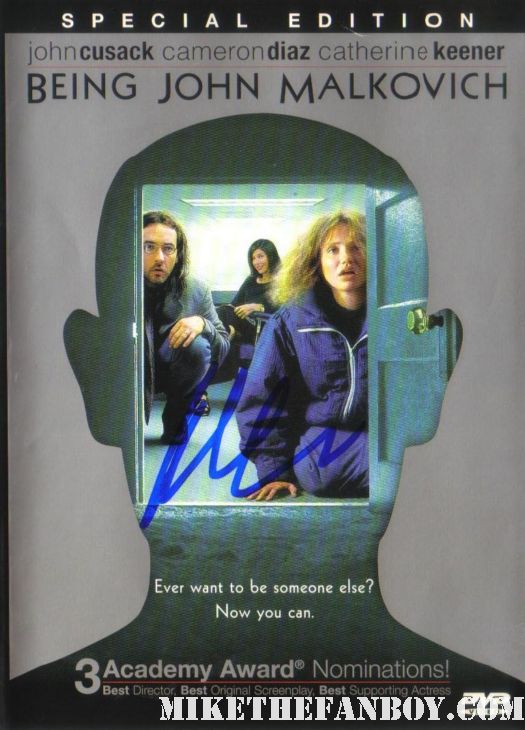 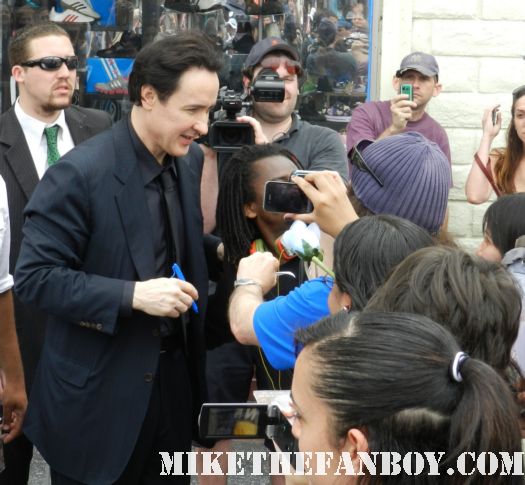 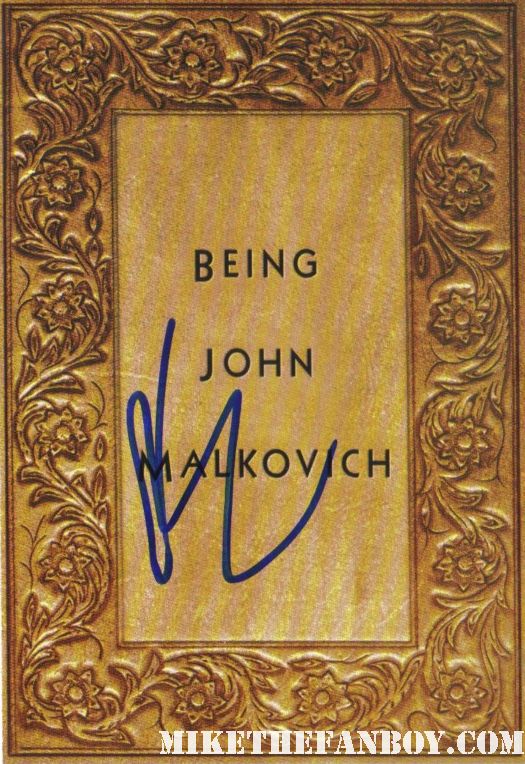 Honestly, John was so great with the fans today. I’m really impressed! Such a difference than my last encounter with him! Man oh man! 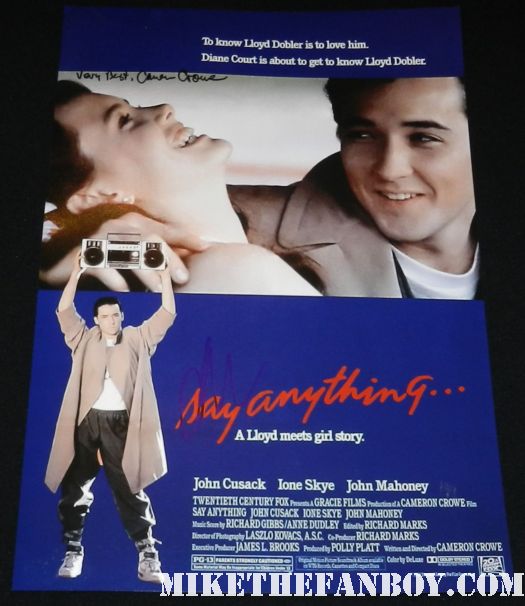 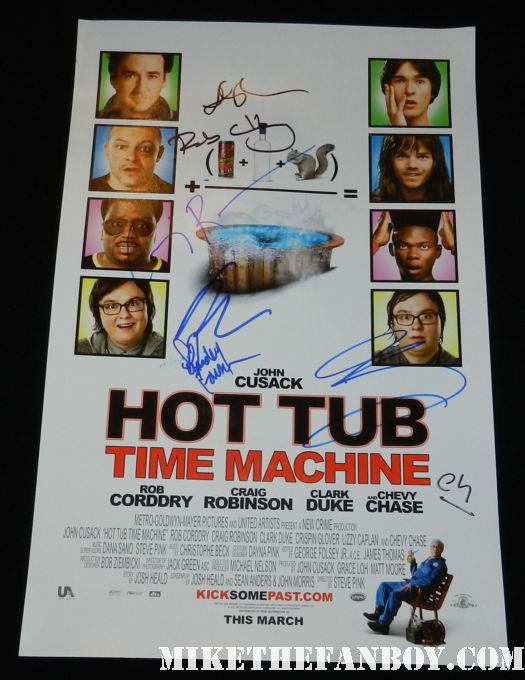