Home / Fanboying! • Karalee • Stars of the 1980's and 1990's / Karalee Is Jessie’s Girl When She Meets Uncle Jessie Himself John Stamos! And Cedric The Entertainer! Autographs! And More!

Karalee has been MIA for so long! I miss her! She broke her absentee streak with a super fun an low key encounter with two of her favorites!

She headed out for Uncle Jesse… Wait… I mean John Stamos and Cedric The Entertainer! And wait for it… She was the only one there!

There are times I get shocked when someone else cares about someone I’ve been obsessing over and there’s 40 people there and other times when I figured there would be a 100 people and only five show up.

This was a lucky day for one Fangirl!

While I’ve pumped the brakes quite a bit on my celebrity stargazing hobby, there are those times when you just gotta try, ‘cuz, well why not? Such was the case recently when I saw that one of my favorite comedians, Cedric the Entertainer, was going to be doing a talk show appearance. When I learned that John Stamos was the other guest, that was the cherry on the photo-op top. Who doesn’t love Uncle Jesse, right?

I arrive and much to my delight (and surprise), there’s no one else waiting. While I didn’t think this roster would draw a huge crowd, I thought there might be a few. But no, there were no photo-seekers (like myself), no collectors, no graphers — I’m the lone wolf. There is one paparazzi photog — very nice guy. We chat, talk celebs and sports, and pass the time waiting for John and Cedric.

Cedric is the first to exit. I’ve been a huge fan of his since “The Kings of Comedy.” The photog and I call for him, and give him a wave. He stops to take a pic with someone near the exit and that’s when we make our way toward him. (With no barricades, we pretty much just roam freely.) I approach him and ask for a photo, and he kindly stops and I get the shot. I tell him I’m a big fan and wish him luck with his new hosting gig (he’s taking over “Who Wants to be a Millionaire”). He smiles, thanks me and then he’s off. My photog friend gets him on video for a bit, as well. We’re both happy and now turn our attention to John. 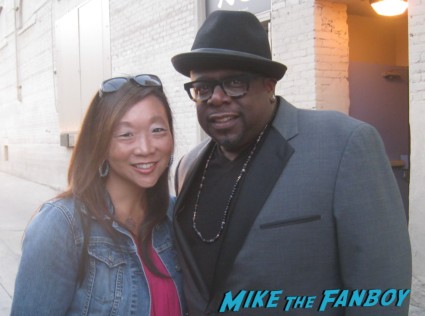 Luckily we don’t have to wait too long (this night is so easy and painless and I’m loving it!). John comes right over to us (there are now two more paparazzi photogs). John is so sweet, shakes my hand, asks me my name, the whole bit. Such a nice guy. I get my photo and then the videographers get their few minutes with him, asking him questions about how he stays so youthful. (It is kind of crazy that he’s 50 years old; he really doesn’t look it.) 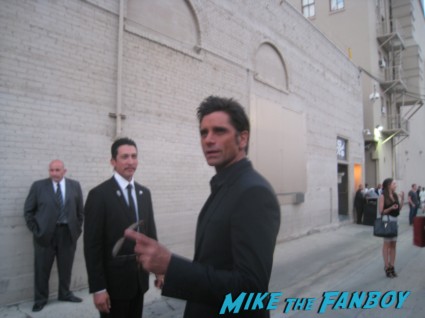 When he’s done with the video interviews, I ask him if I can get another photo (the selfie I took before was blurry). He’s more than happy to do a retake and one of his assistants kindly takes the pic. 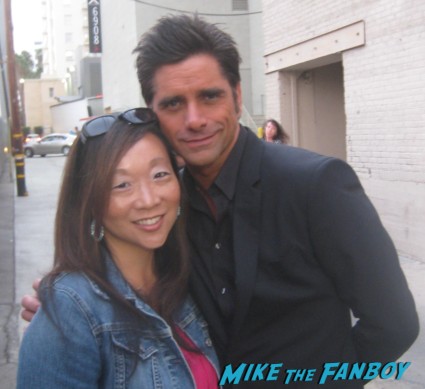 To say this night was calm (hello, I was the only person there!) and easy (both stars I wanted shared a few minutes of their time) is an understatement. It was super-chill, easy-peasy, and I’m pretty stoked to have scored photo ops with two of my faves.