Scotty, is not only a huge music fan, i.e. his nickname Scotty the Music Man after all, but he also is a fashion follower as well. A couple weeks ago, Scotty was able to meet one of the top men’s designers Mr. John Varvatos!

John was super cool, and… Well, I’ll let Scotty tell you all about it.. In four lines or less!

In this edition of Super Short Sundays, I went out to meet one of my favorite men’s clothing designers, John Varvatos. John is always designing men’s clothing with a rock music edge. I had John sign the box for my favorite pair of shoes. John was really nice and had no problem signing and taking a picture. Thanks for making my day John! 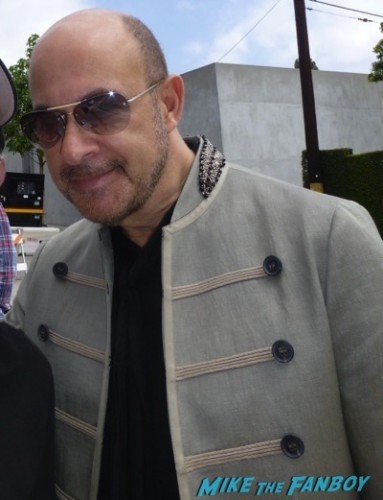