When John Wick hit theaters, it was a breath of fresh air. Keanu Reeves tore up the screen and a new action classic was born. There was no shortage of bodies in John Wick and if the first movie is any indication, then John Wick: Chapter 2 is going to be more bloody goodness. There’s a certain poetry in a good action film and in particular a good action set-piece, so for those who just look at an action film as a “shoot-em-up” you need to look again. 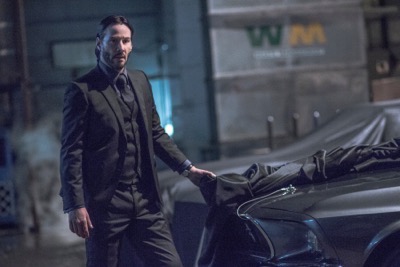 In John Wick: Chapter 2, out now on 4k Blu-ray, Keanu Reeves returns to the title role at super charged his career. Chapter 2 picks off right as the first movie ended with John Wick looking for his prized Mustang Mach 1. It’s in the inventory of Abram Tarasov (Peter Stormare) who is part of the Russian gangsters who crossed paths with John in the first movie. John Wick gets his car back even though it’s a bit unrecognizable. 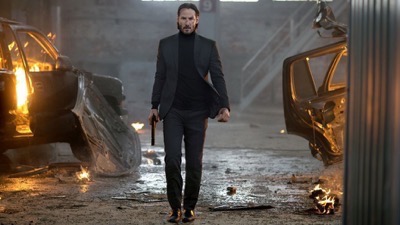 John Wick is still trying to live a normal life even though we know that’s more than a little bit impossible. This time that catalyst comes in the form of Santino D’Antonio (Riccardo Scamarcio) who is an Italian gangster who John Wick apparently gave a marker to so that he could get “out of the game.” Now, he’s back calling for it. John rejects his marker and so Santino blows up his house.

Thankfully, this time the dog survived but John Wick’s last vestige of his old life with his wife did not. John Wick seeks counsel and goes to see Winston (Ian McShane) who informs John that a marker must be acknowledged no matter what the circumstances. This puts John on a path to kill Santino’s sister Gianna (Claudia Gerini). As luck would have it, this hit isn’t without it’s twists and turns and soon Santino’s true motivations are revealed. 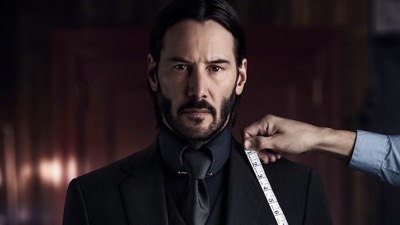 This leads to a set of action set pieces that can only be described as breathtaking. Keanu Reeves puts on a great performance as John Wick and in one of the best set pieces fights in a hall of mirrors. The entire film ends with a simple bang that is sure to set up the events in Chapter 3 and one that will surely alter the course of John Wick’s path. 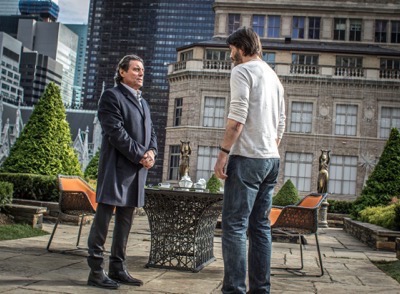 One of the things I love the most about the original John Wick and this chapter as well, is the world that John Wick lives in. It’s full of rules and an entire society living within out own just out of sight. This world of course is presided over by Winston and the different hotels that he helps operate. It’s a fascinating world and one I would love to see further explored in a different form, even a TV Series. 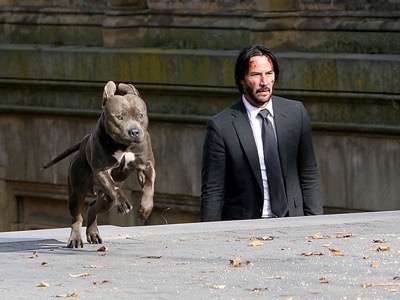 John Wick: Chapter 2 arrives on 4K UHD thanks to Lionsgate Home Video. Now, so many people has asked me about the different between regular Blu-ray and the upgraded 4K UHD. I watched the original John Wick in Blu-ray and its sequel in 4K UHD. For myself I really wanted to see what the picture quality difference would look like and to be honest I was shocked at what a difference it made. The 4K UHD was leaps and bounds different from the regular Blu-ray. 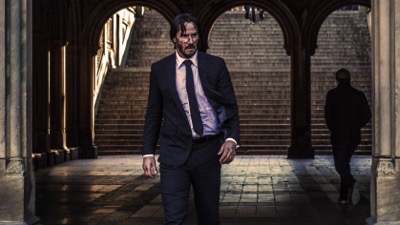 The detail is astounding and the fine detail stands out with pin point precision. This is the perfect film to watch in 4K UHD. With the fast moving action sequences, there is zero loss of picture quality during the fast moving chases and fight scenes. The details in the background really pop off the screen as well. The scenes in the catacombs in particular, the viewer can see every scratch every cut in the rock. It’s extraordinary. With picture quality like this, it’s well worth the upgrade to 4K. 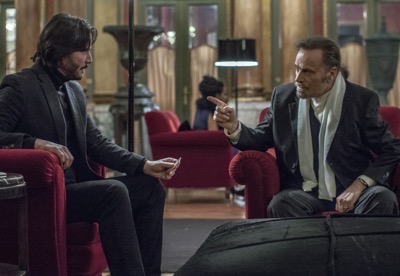 About eight minutes of deleted scenes as well as audio commentary with Keanu Reeves and director Chad Stahelski.

Retro Wick: exploring the unexpected success of John Wick – This looks at the first film and how it created so much excitement.

Training John Wick – This is a quick featurette that looks at the choreography of the fight sequences.

Wick-vizzed – This is a look at rehearsal footage.

Friends, Confidantes: The Keanu/Chad Partnership – This is a great feature on the friendship between Keanu and Chad.

As Above, So Below – This is a look at the assassin life as portrayed in the film.

Car Fu Ride-Along – This looks at the Mustangs they used in the films.

Chamber Check – Another look at the choreography in the film.

Wick’s Toolbox – This is a look at John Wick’s weapons.

A Museum Tour with Si Jonathan Wick – This is a tour of the art gallery in Rome.

Kill Count – This recaps all the kills in the movie.

Dog Wick Short and theatrical trailer – the original trailer and a faux trailer. 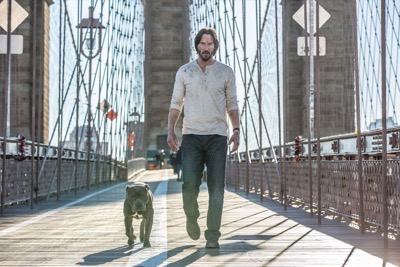 Overall, I loved this second go around of John Wick, Keanu Reeves really brings so much to his role and the film is poetry of movement, one giant action set piece after another. The world is stunning and I think you’ll love this film just as much as the first. 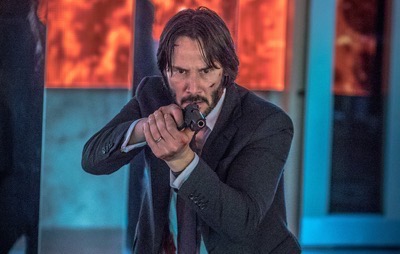 John Wick: Chapter 2 is out now on 4K UHD Blu-ray!