Killing me… ah well… while I was wasting my time with Mr. John Goodman Anushika and CB were out and about for Johnny Depp… I know, I know… John Goodman or Johnny Depp… I never got to meet John Goodman so I chose wrong… Sigh… Just like in Indiana Jones and the Last Crusade… “You must choose. But choose wisely” I did not… still with the madness that is a Johnny Depp premiere I don’t think I could have taken it… I mean… Really…

Still, I’m thankful that Anushika and CB braved the crowds and dealers and insanity! Check out their combo write up after the jump!

NANANANANANA, CB, CB, CB! Today is a day Anushika and I have been looking forward to sine we saw it was listed, the RUM DIARY PREMIERE! Everyone here at Mikethefanboy.com are Johnny Depp fans and usually for a Johnny Depp premiere, we are all out. Unfortunately, the dates for the premiere got changed and all of us had other commitments. See, we can never get enough of Johnny Depp. He’s been out a few times this year and it’s always a treat to see him. The Rango premiere was the first time I ever got Johnny Depp, and the first time meeting Erica!

We heard the Rum Diary premiere was going to be at the Bing Theatre at the Los Angeles County Museum of Art. Now, this place had a premiere before, a Brad Pitt and Angelina Jolie premiere, and it was completely inaccessible. For this premiere, we expected the same scenario, and didn’t go with high hopes, but boy were we wrong. This is a combo write up with me and the AWESOME ANUSHIKA! I’m doing the write up and Anushika is providing the awesome pictures!

1:30: I arrive early because with a Johnny Depp premiere, people have been known to stay overnight. So in actuality, 1:30 could be late.

1:31: I arrive and notice they have set up a barricade outside on the street. Security comes and tells us to wait here and they will actually make a fan pit area on top of the stairway where we can see the stars. They mention “Johnny Depp really wants to meet us” and I say, “THANK YOU”.

1:45: I’m frantically calling the biggest Johnny Depp fan I know, Anushika. I call her about ten times trying to tell her, but she never picks up. 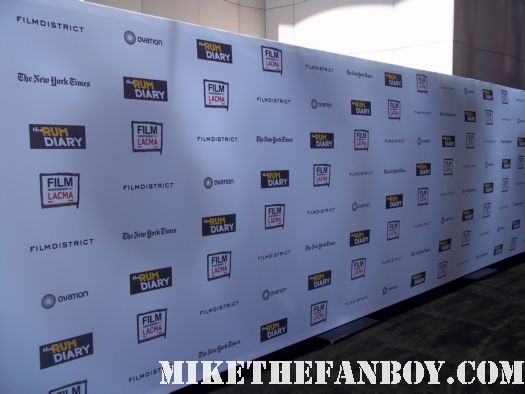 2:15: Twenty missed phone calls later, I finally get a text from Anushika asking me, “What’s up”. I say, “GET DOWN HERE NOW”….to which Anushika says to me, “DON”T PLAY WITH ME, I NEED MY SLEEP”. I tell her what security told me and the phone goes silent…

3:30: Security moves us from the sidewalk to the top of the stairway as promised.

4:00: Anushika arrives and is shocked at how close we are. I’ve been telling her I have a good feeling, but now she’s assured! 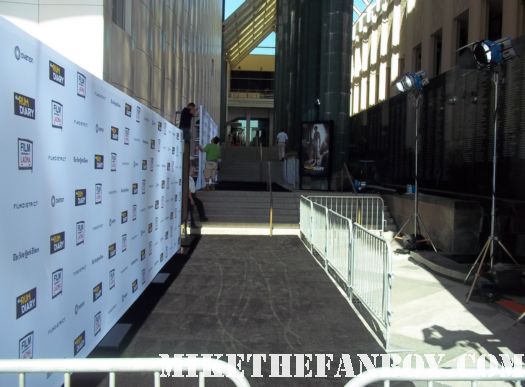 5:30: Security tells us Johnny is excited to meet us, and we are all growing restless. By this time, the crowd is five deep back. The barricade is small, about eight barricades across.

7:00: We hear the press scream “DEPP, JOHNNY, JOHNNY”…Depp is in the building. The suspense is killing us. 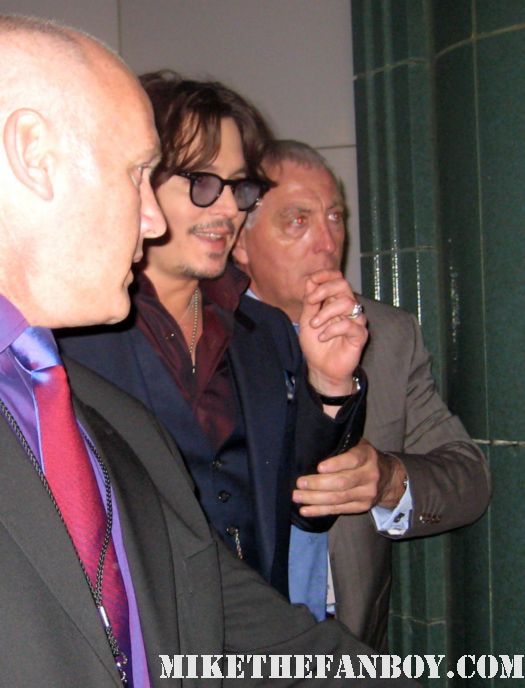 7:30: We see security move and Johnny comes up the stairs. He goes to the first barricade and like mike said, “HE IS SIGNING HIS LIFE AWAY”. 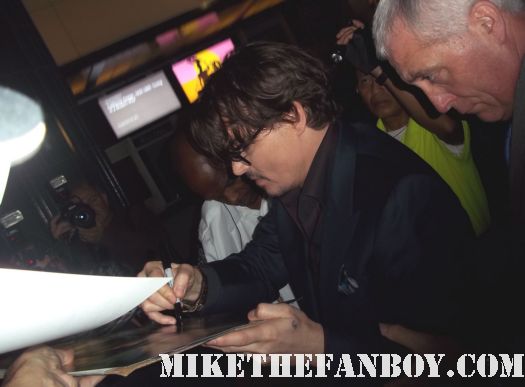 Johnny has always been above and beyond nice with his fans. He evens does photo ops which is very rare. 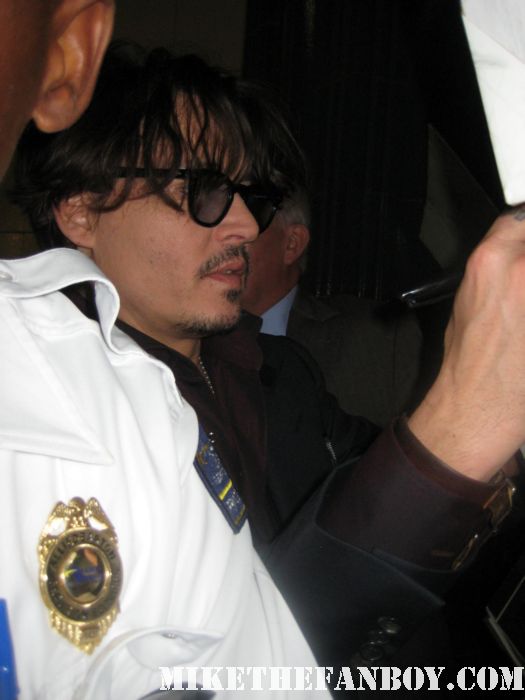 7:35: He finally gets to Anushika and I and we are covered in photos. 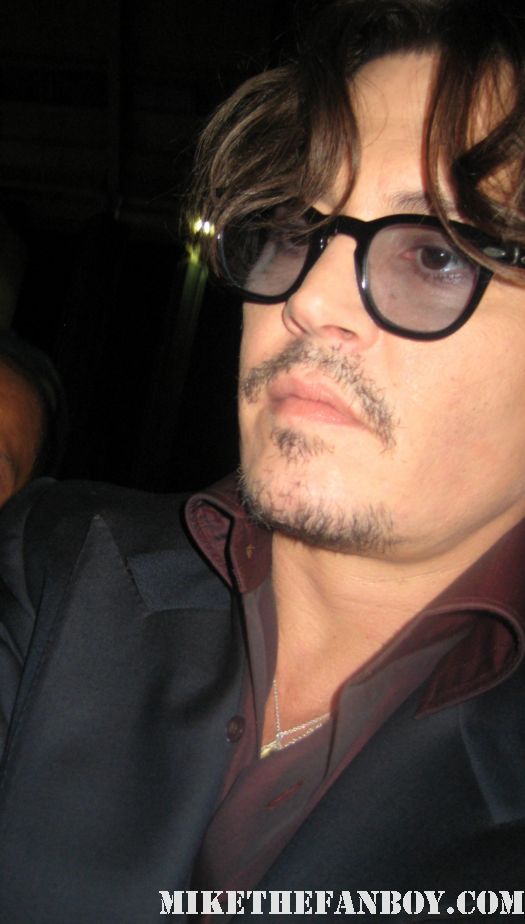 We barely see him, but he does sign my item and Anushika’s DVD cover. 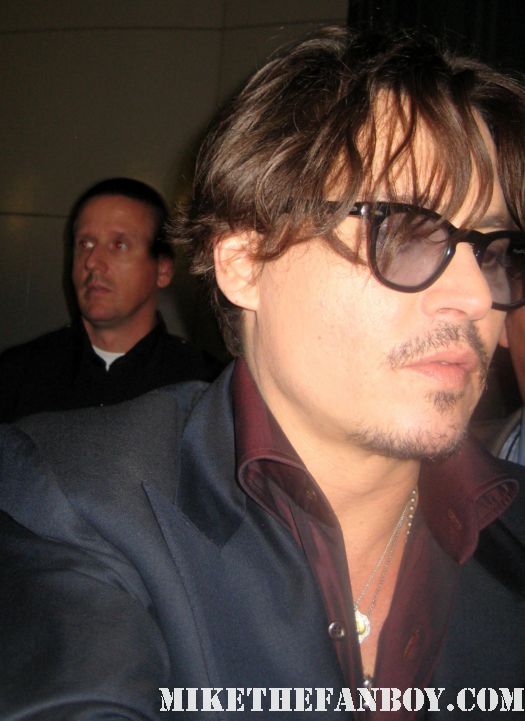 Johnny does the entire line of barricades. I take one good photo, and Anushika takes four AMAZING photos, 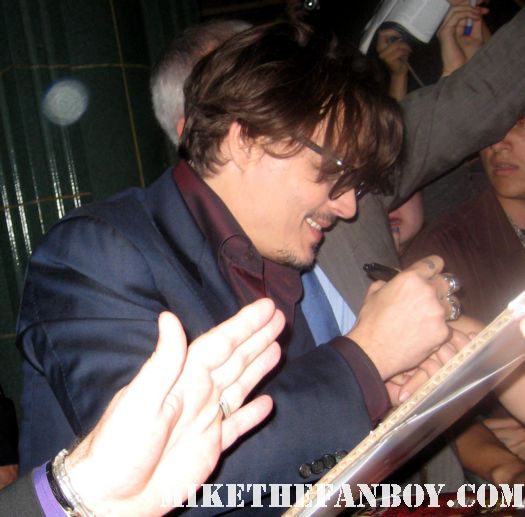 It was hot, it was chaos, and it was AMAZING. Johnny Depp is probably the best celebrity signer ever. 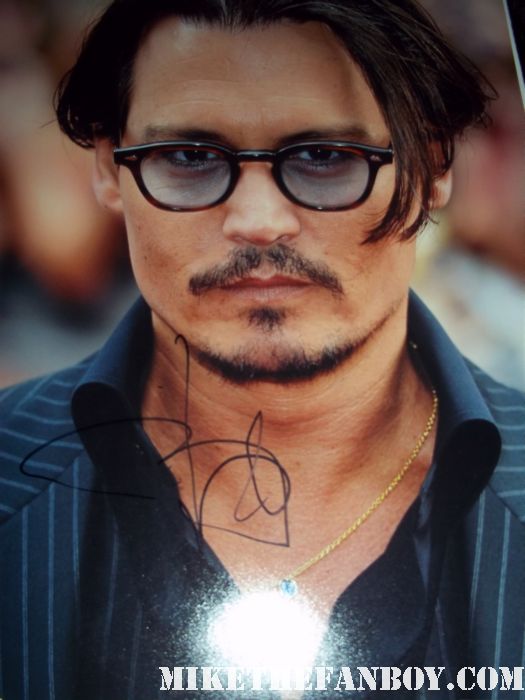 I can’t stress how amazing he is to his fans. Until next time, same CB hour, same CB channel, same CB BLOG! KAAAAAAAAPPPPPOOOOWWWW! 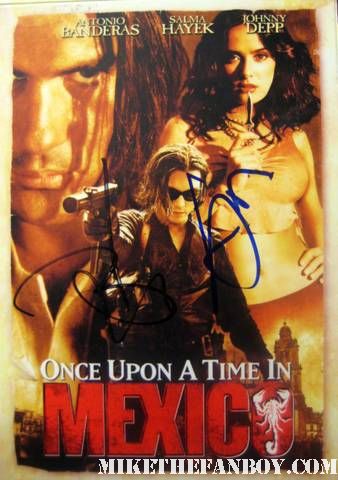