Oh… The fun of Fanboy Fail Friday. I was being sarcastic of course, because this week was the week of fails.

However, when it comes to certain stars, you know that they are 99.9% of the time pretty cool. Well, things are-a-changing. No one is “easy” and I have a feeling it will only be getting worse. That’s just the way it is I guess.

Scotty and I headed to an event where Johnny Depp was getting an award. Now, usually Johnny is really nice, and you can get a couple things done. 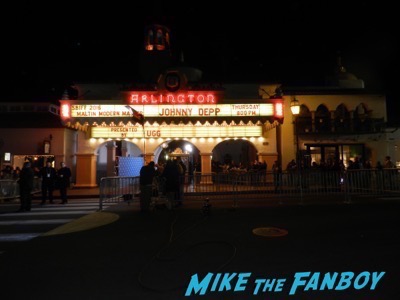 Well… We drove over an hour and met up with Chris and were optimistic about our chances. Time and the temperature dropped away. Probably by the time the event started it was 40 degrees, like that’s super cold for us spoiled Los Angelinos. 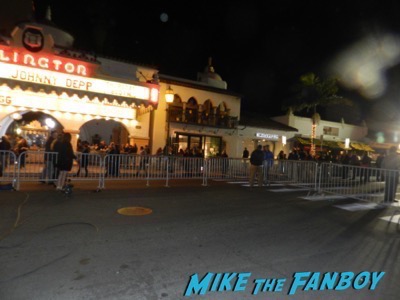 Johnny Depp was late, I will give him that, when he arrived, everyone yelled and after talking with his handler for a minute 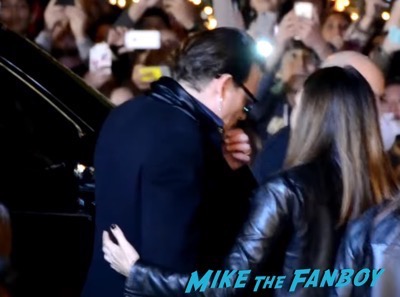 Johnny walked over and waved. He refused to pick up a pen and wouldn’t do selfies. There was about 250 people there waiting and he just walked by like he was Bruce Willis. 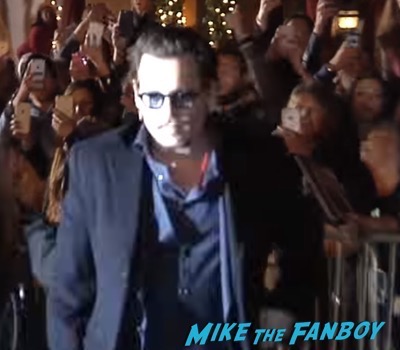 Now, He was late, however… I can show up on time, why can’t he. You can’t tell me that Johnny Depp didn’t know people would be waiting there all day in the cold to get an autograph or photo, show up on time. He had time to do press interviews and the carpet, but not for the fans who actually pay money to see his movies, I mean not Mortdecai because no one paid for that, but his past films yes.

Look, I’m not going to totally bag on Johnny Depp. He’s generally very nice, but this was so disappointing. People even booed him for not being cool to the fans.

I guess and this is something that I need to learn as well, when it comes to someone like Johnny Depp fans and people expect him to come over and sign, etc… And we probably shouldn’t these days, nothing should be expected. 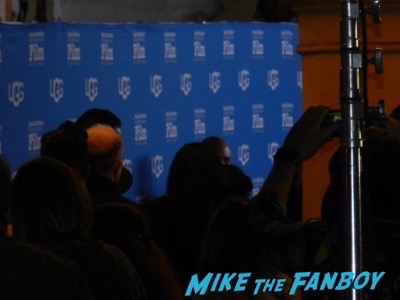 When Angelina Jolie hand picks people to be in a barricade, when George Clooney disses waiting fans, when Johnny Depp walks by people and waves… It’s a different world. You know if Tom Cruise all of a sudden becomes jaded it’s really over.

If I started collecting now, I would be very frustrated, and I’m glad I’ve built up the collection I have simply because it would be impossible to do it in this day and age, at least in public events.

After the event there were so many people waiting it wasn’t worth sticking around. The temperature kept dropping and it was a disaster I heard as well.

The times they are a-changin’