This past week, Johnny Depp was out and about. Now, like I mentioned earlier no one, at least in my circles, knew he was going to be there. However, Scotty was lucky enough to be able to get a quick photo with him.

That’s pretty damn awesome if you ask me!

The idea of living on Los Angeles can sound really appealing to anyone not living here. The truth…the traffic and crowds of people make life very frustrating. Then, every once in a while, you get the chance to meet that one celebrity and get the signature or picture that make you forget about the crowds and traffic. This week I got one of those ultimate photo opportunities. Johnny Depp was making a promotional appearance on a talk show. After his interview, Johnny came over to meet with fans. I was lucky enough to get a quick picture with him. It was an AWESOME moment! Thank you, Johnny, for always being good to your fans. 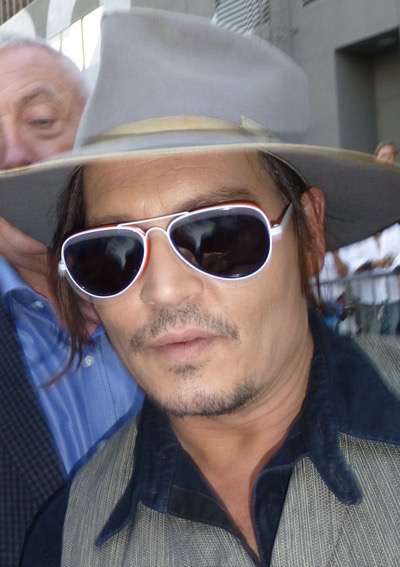