What can I say, who doesn’t love Pretty in Pink?
I mean hello! It’s a classic.

Jon Cryer, one of the stars of the film, was having a book signing at Barnes and Noble and both Keith and Pinky headed down to the event.

Jon and Keith were in a film together called Hiding Out, which I remember seeing as a wee youngster in the theaters! If you haven’t seen it, check it out! It’s a lot of fun!

And check out Pinky’s Jon Cryer recap below!

Hello, my lovelies. Pinky Lovejoy-Coogan here totally jazzed about our experience yesterday at the Jon Cryer book signing in Santa Monica. Now, I’m not really a fan of book signings. Although I generally enjoy reading the memoirs of my fave celebs, I don’t care for all the hullaballoo involved with a book signing at a place like, say, Barnes and Noble. 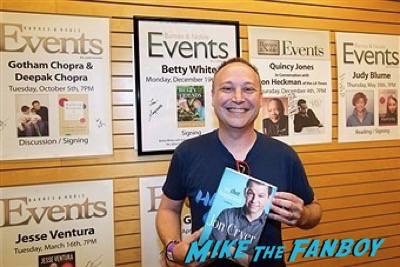 Too many rules, too much waiting, and even if you do get a picture, it’s usually across a table, which isn’t fun to me at all. When I read the information on Jon’s book signing, it even specified, “No posed photographs.” Ugh. That alone almost kept us away. But, for the longest time I’ve been wanting to see Jon Cryer when I was with my adorable hubby, Keith Coogan. 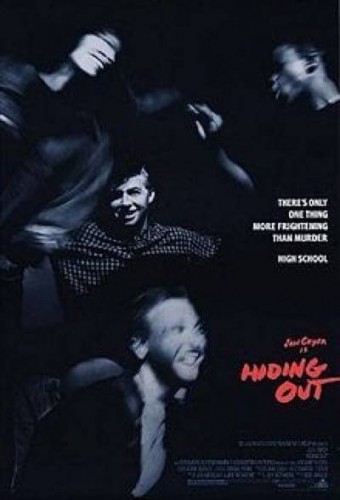 Sure, I’d met Jon on numerous occasions and he’s always been super nice, but Jon and Keith starred in Hiding Out together back in 1987 and every time I see Keith wear his shirt from the film, I think it’d be so awesome to have him wear it while posing with Jon. 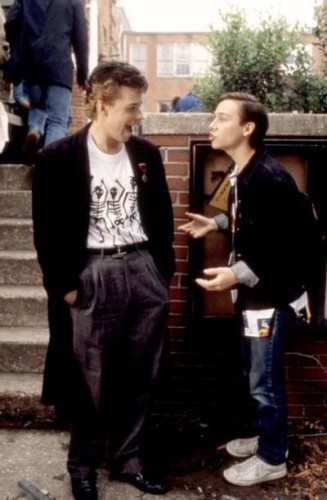 I’ve also got this amazing Duckie Dale shirt I wanted to wear in a picture with Duckie Dale himself. The challenge? When we moved to our new place last year, let’s just say things got….well, misplaced. To find those two shirts was a small miracle in itself, but somehow we did it! 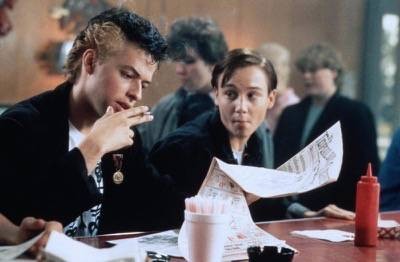 Plus, I have a John Hughes photo collage I’m working on to be signed and we had a Duckie Dale custom art piece we wanted signed, so why not try at the book signing? 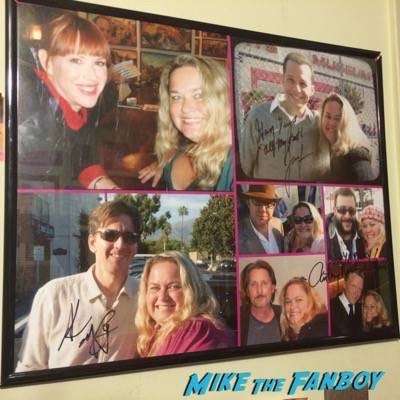 As we all know, there are very few things I love more in life than Pretty in Pink – not only was it the theme of my bridal shower and the theme of my column here, but I walked down the aisle to the song, “Pretty in Pink” when we got married! So, of course Duckie Dale is going to hold a piece of my heart forever. 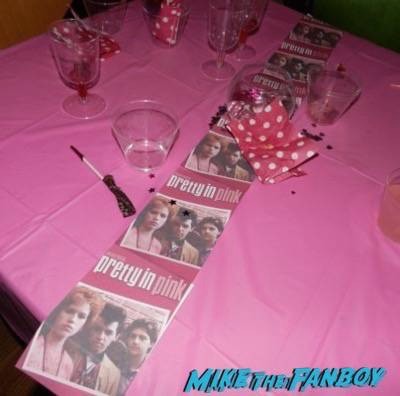 The book signing was scheduled for 2:30 p.m., but they started handing out wristbands at 9:30 a.m. As Keith had a prior engagement with some fellow child stars, we didn’t make it over to Santa Monica until well past three. As we’d never been to that Barnes and Noble before, we tried to figure out where the signing was, only to be told we needed wristbands to even enter the room. OK, no problem, as I was planning to buy the book anyway.

The staff was super helpful, though, and helped us find where we needed to go right away. We got the book and made our way into the room only to find there was a Q&A going on! Wow, we thought we’d missed the whole thing, so that was fun to see. We were sitting in the back row, but Keith asked a question near the end about how Jon enjoyed working on their movie together, Hiding Out. Jon laughed and recognized Keith immediately.

Fun fact: Jon’s mom, Gretchen Cryer, also played Keith’s mom in Hiding Out. Gretchen also happened to be at the book signing, along with Courtney Thorne-Smith (who was on Two and a Half Men with Jon), and it was so much fun to meet them both. 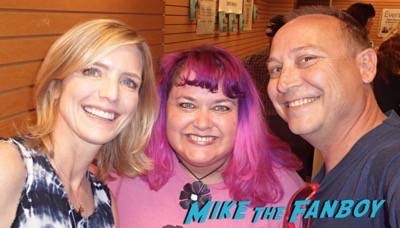 Gretchen even said, “So, you’re my daughter-in-law then?” So cute. 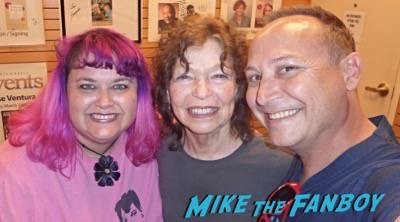 After the Q&A, we hung out chatting with Gretchen and some fellow attendees. We tried to wait until the very end to get our stuff signed so that we weren’t holding anyone up. When it was our turn, Jon could not have been nicer. I mean, he’s always been great before, but this was a whole different level. 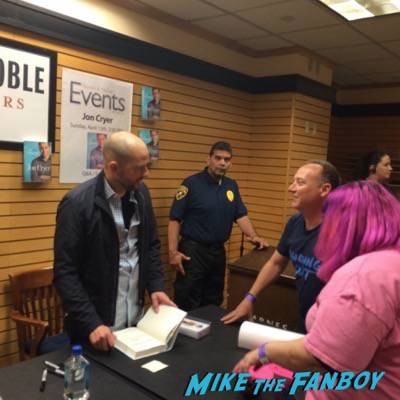 He seemed genuinely excited to see Keith and was so cool about signing our stuff. Plus, he loved my shirt! We chatted with him for a while and he was the coolest. It was such a great time. 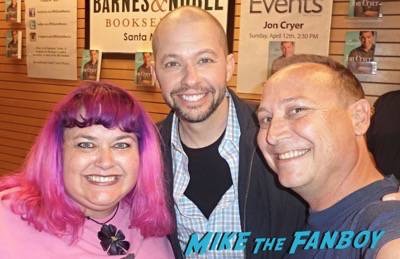 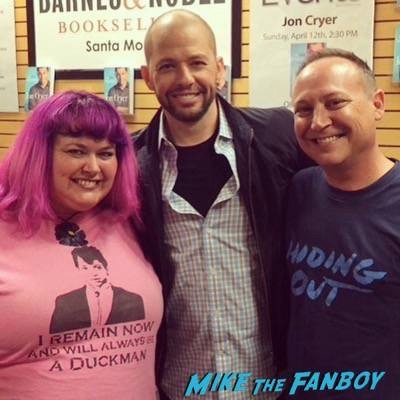 And I really enjoyed that Barnes and Noble – the staff was great, the room was quiet and comfy, and I’ll definitely attend another signing there. All in all, it was a perfect day. Can’t wait to read Jon’s book! 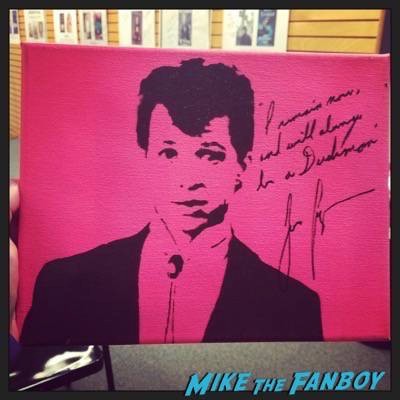 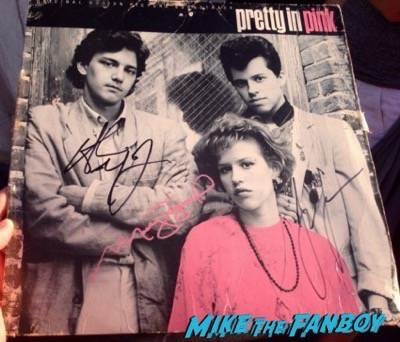