I just met Juan Peron, I mean Jonathan Pryce! I am really excited to have met this amazing actor. He was very kind and signed my two items. One is an FYC ad, for his performance in Evita, from a 1996 Hollywood Reporter, and the other is a publicity still from Evita from the same year. He also took a picture with me. Thank you, Mr. Pryce for being so AWESOME! 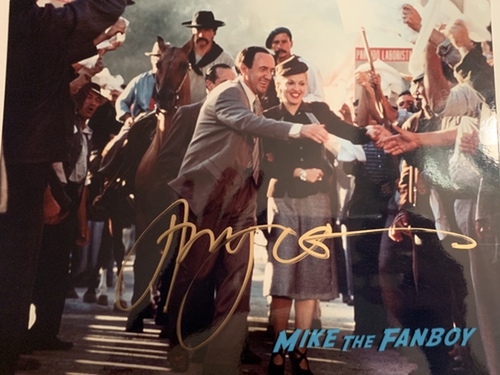 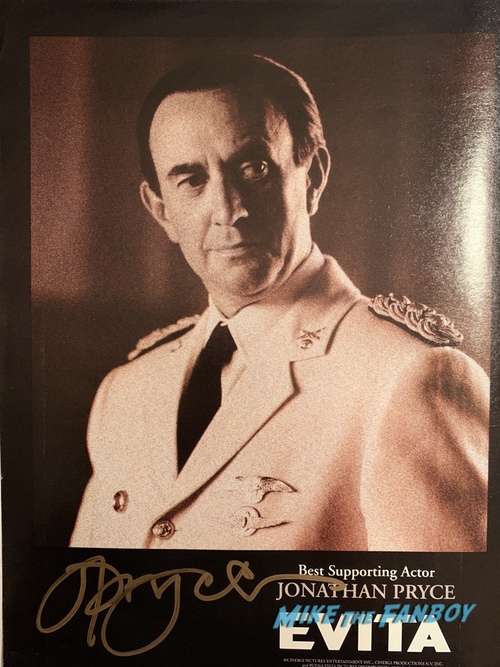