What can you do right? It happens to the best of us.

While this years Awards Season seems to be in an odd start stop rotation, you just never know what is going to pop up in this city of Angels.

There was a last minute q and a with Pretty Woman star Julia Roberts. So, I had to head down with Scotty and see if there was any chance of spotting her, I mean if it was low key… It could happen right?

Well, I headed down and Scotty made it there first. He called me and was like… Get here now, I think she’s arriving.

A car pulled up, and it was Julia. The odd thing was… Julia Roberts was just sitting in her car for like 20 minutes. Yep, 20 minutes! There were three paparazzi’s here and Scotty and I… that’s it.

When Julia finally emerged she had a bathrobe on and walked to the entrance. The paps kept shooting and while Scotty and I asked Julia if she wouldn’t mind signing, she didn’t even look over. DOH!

I know Julia’s not very friendly but you know… We had to try right?

So, we missed her on the way in, but there was a chance on the way out right? 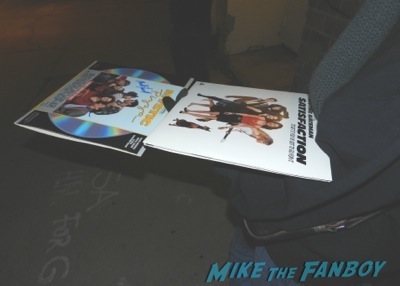 On of the punks from the theater came out and tried to be all big and bad and intimidate… I guess us. The sad thing is, he was 5’4 and doing a ballerina pirouette at one point so intimidation was a little hard to come by.

Julia was about to come out and the pirouetting usher said to Scotty, “Do not let that cross the threshold of my body!”

First off… Who says that? and second, I don’t think anyone has wanted to cross the threshold of his body since the day he was born. I mean… Seriously dude. First off, if you’re going to try and be intimidating and least try and look taller but second don’t be a douche. You sell popcorn at a movie theater, you’re not Channing Tatum in White House Down!

If I want butter on said popcorn, I’ll let you know, otherwise shut up. 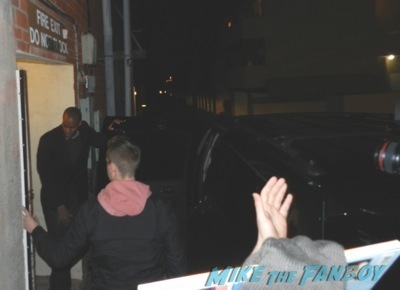 Julia left and didn’t look over, didn’t say a word and took off as if she was pretending there were more than two fans who gave a shit. It’s not 1989. Just saying. 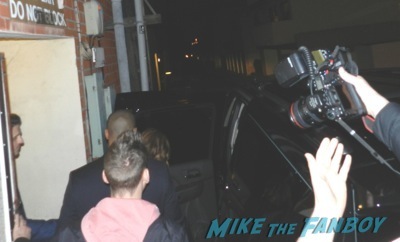 Oh well, there’s always another day… Another day to cross the threshold of someone’s body.