You ever get the feeling like everyone else has met a certain celebrity, but you’ve never had the opportunity? You too? That’s how I feel or rather felt about Academy Award winner Julianne Moore. For the past three decades, Moore has made magnificent strides with wonderful performances in “Short Cuts,” “Nine Months,” “Boogie Nights,” “The Big Lebowski,” “Far From Heaven,” “Still Alice” and so many more. I could keep listing movies, but you get the point.

Unbeknownst to me, both Mike and Scotty made the trip as well and their recap is here (https://www.mikethefanboy.com/julianne-moore-with-fans ) about their outside encounter. To say the evening was weird is an understatement. Usually at most events you will see several people waiting outside. My friend and I arrived early to grab dinner before our screening. When we approached the theater we saw a small group of people, maybe 10-15 people outside and said  what’s going on? The Q&A doesn’t start for another 2 ½ hours.

As we approached, we saw people taking selfies and noticed people were dressed up for a red carpet event. Sure enough that’s exactly what was happening. Not only was the premiere for “Them That Follows” occurring, but three other film organizations and guilds were all having screenings simultaneously with 3 out of the 4 happening next to each other. Needless to say it was a real cluster trying to get into the proper screening with the least amount of headaches. The lobby was a sea of people.

While waiting for tickets, my buddy and I bumped into Walton Goggins (twice), who was gracious and accommodating to fans who approached him. I then bumped into two character actors and a comedienne I admire before finally finding our seats. Personally I took this as a good sign. 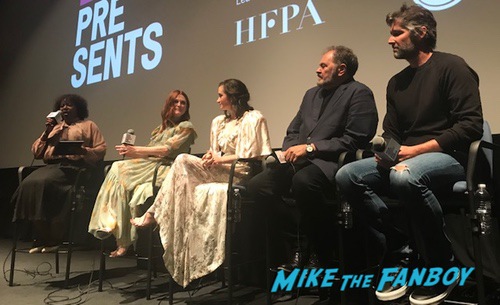 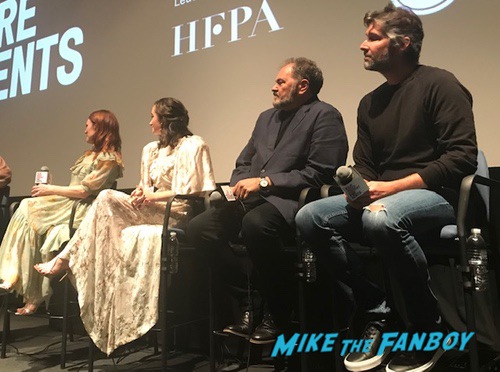 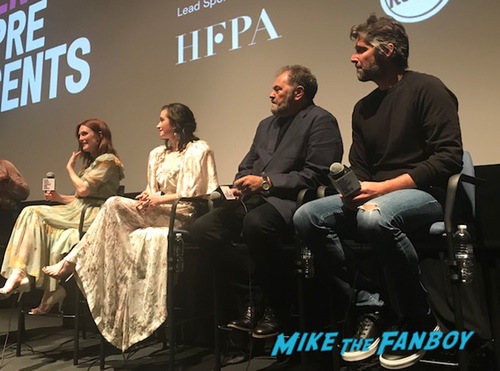 After the movie, two women next to me assembled their poorly printed photos and got ready for the Q&A to end. 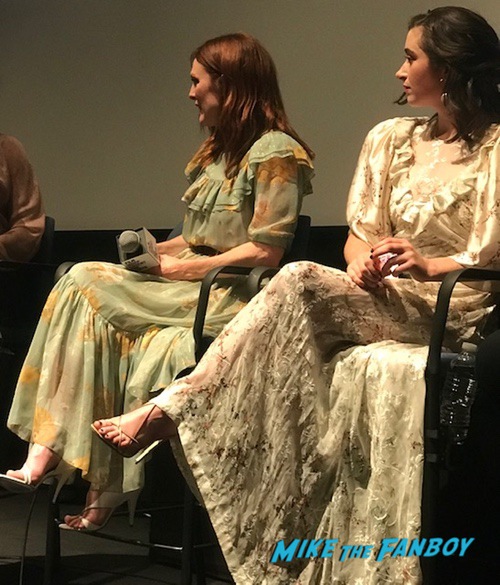 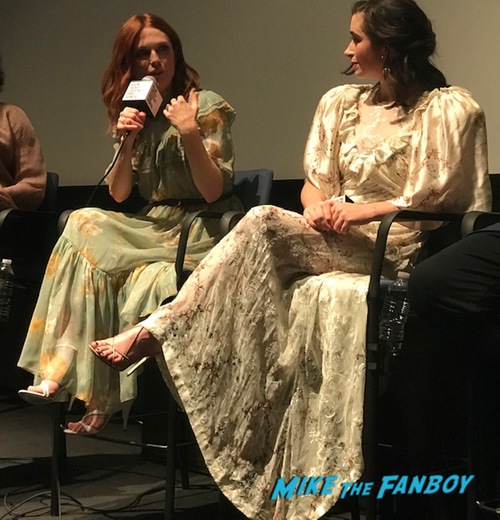 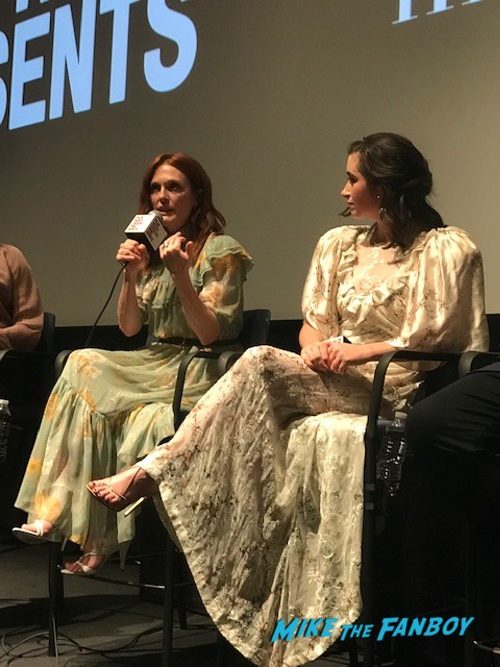 Now what cracks me up are the people who present poor quality photos that are a “step up above a scrap of paper.” Honestly, why even bother? They honestly looked like something you printed at home and more hassle than anything. Still, it was interesting when the Q&A ended I noticed something more peculiar- almost everyone wanted a picture/selfie instead of an autograph. It’s becoming the selfie hobby.

Besides the two women, who double dipped and followed Moore, I was one of the few who managed to get an autograph. The first several people who approached Moore asked for pictures only and I managed to get the third autograph of the night. Julianne moved very quickly and I barely was able to get a “Thank You” out before she was getting whisked away. Luckily for me she kept one of the women’s pens and signed NICE and BIG. I saw she signed for a few more people after me besides the women again. Still, it’s awesome I was able to add her to one of my favorite films of the year with “Gloria Bell.” Thanks again Julianne for being super awesome! 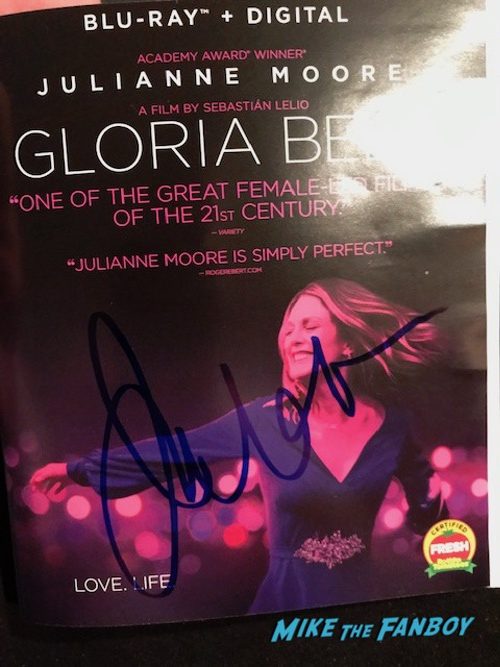