Who doesn’t love Boogie Nights? Or The Big Lebowski? Or The Kids Are Alright? Or pretty much any one of Julianne Moore’s films?

I have to tell you, I really love Julianne Moore. She is so talented and is such an amazing actress. It’s so hard to be able to do comedy and drama and Julianne Moore does it all. And with The Kingsmen sequel about to hit theaters, I thought it was a perfect time to to do a throwback Thurs!

When I heard that Julianne Moore was doing a rare q and a for her film Still Alice, I knew I had to go. I have an amazing W Magazine cover and a Boogie Nights mini poster for her to sign.

Now, I’ve met Julianne Moore once before and thankfully got her to sign my Big Lebowski mini poster and my The Kid Are Alright min poster as well. Two of my all time favorite films.

When I arrived I saw Scotty already on the scene along with a few other collectors. I was going to go in and see the film, but with work I couldn’t make it in time. Doh!

Now, It’s a nice night and I know that Julianne Moore is pretty nice.

As more people arrive I make sure everyone lines up. It’s so much better to have a line up, organized is 100 times better let me tell you.

There’s only about 10 of us so it’s not that hectic.

After waiting a few minutes, a car pulls up and it’s Julianne Moore!

She looks so good, and we ask politely and she comes right on over and is happy to sign. 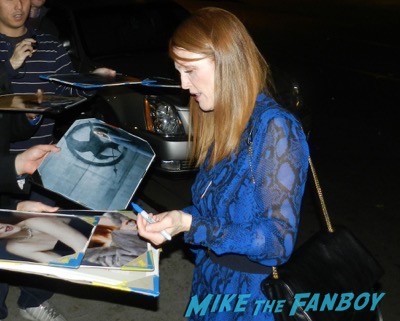 Scotty went first and then I got my W Magazine and Boogie Nights poster signed, they both look so good!

I asked Julianne Moore for a photo and she says, “I’ll sign and then do pics after.” Which means, I probably won’t get one. LOL. But she is so sweet and signs for everyone. Then she does a few photos and says, “I have to go in!” doh. Oh well… There will be another day for sure! 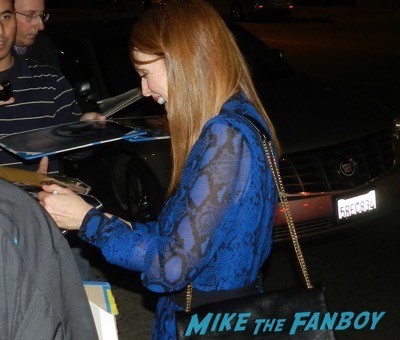 Julianne Moore is adorable and super sweet. It was interesting though, she refused to sign a few photos that she didn’t like. She said, “Oh, those are ugly!” lol. 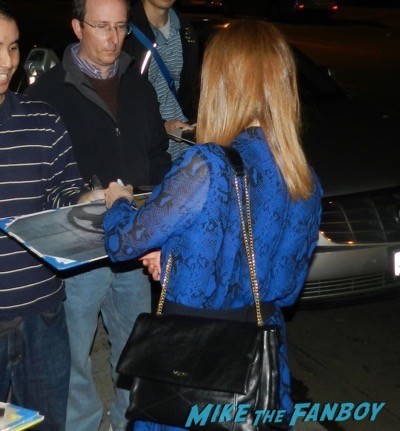 It was a fun, simple night! 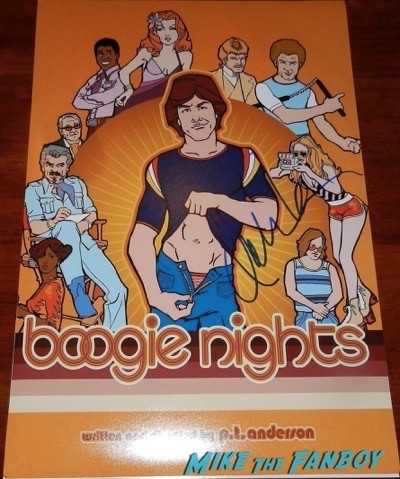 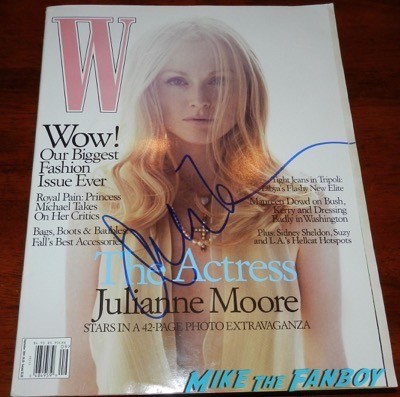