I wasn’t even supposed to be here today!

I think I said that five times to myself while standing at the barricade. And yet, here I am.

The premiere of Jupiter Ascending, the “new” and delayed film from the Wachowski siblings, who I am actually a big fan of. One thing you can say about their work… They never do it half way.

Bound and The Matrix are still two of the best films in my DVD collection, thematically and stylized.

I wasn’t planning on going to the premiere of Jupiter Ascending, however when another event I was going to go to sort of fell through, I had some magazines for Channing Tatum and Mila Kunis, so I thought… Why not?

Scotty was on the scene waiting for Sean Bean, who I completely forgot was in this film. 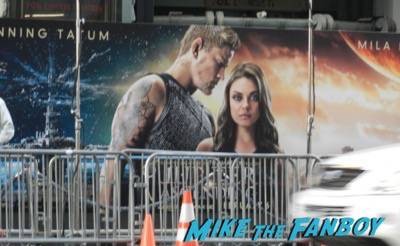 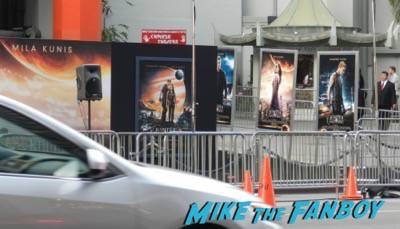 While the crowd wasn’t super massive, OTG John and Beth had an extra spot, and were nice enough to let me join them. 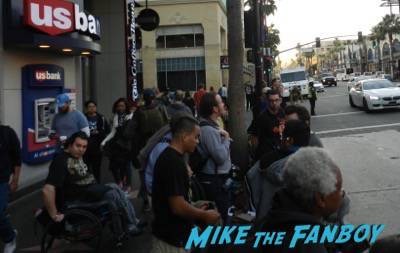 I talked to Scotty for a bit, and then arrivals started. It’s interesting, I didn’t feel a lot of pressure since this was kind of a spur of the moment outing.

People started to arrive and it soon became a few people deep. 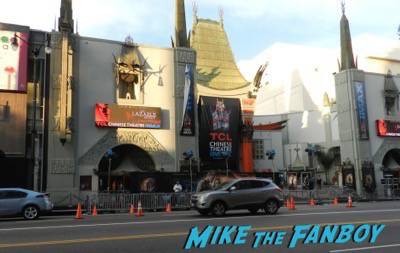 Eddie Redmayne arrived really early and was nice enough to come on over. I didn’t have anything for him, so I got a cd sleeve signed for Beth. 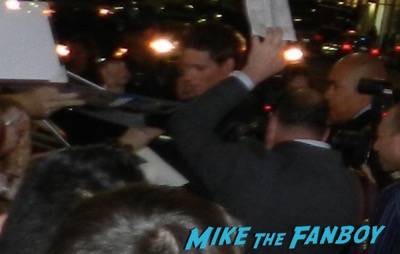 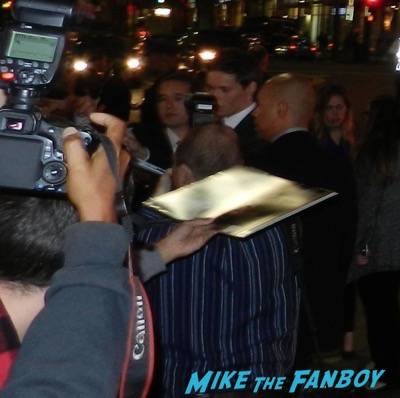 He was really nice, and tried to sign for a lot of the line.

And then… Nadda. It was like no one was arriving.

Then Lana Wachowski arrived. Can I tell you how sweet she is? 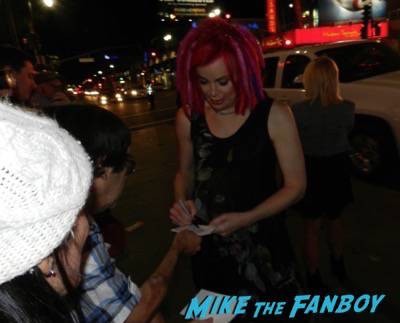 She came right on over, signing and doing photos with anyone who wanted. She is adorable. I normally don’t get photos with people at a premiere but I did get one with Lana. So adorbs and colorful! 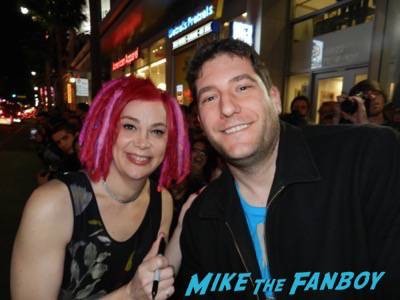 After waiting about 20 minutes Mila Kunis arrived. She came right on over, but skipped a lot of stuff. I think she was skipping the sexy images from what I was told. 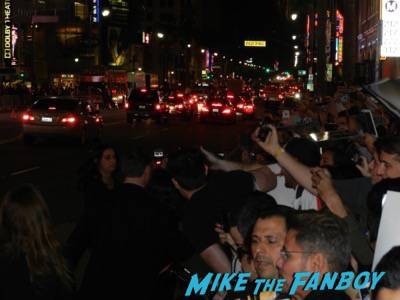 I had a GQ magazine and an Esquire magazine as well. When she came my way, she flat out rejected the GQ, which I think is super cute but signed the Esquire, which in my opinion is “sexier” who knew? 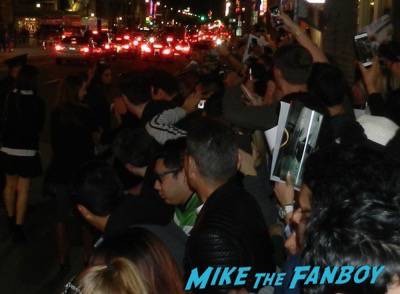 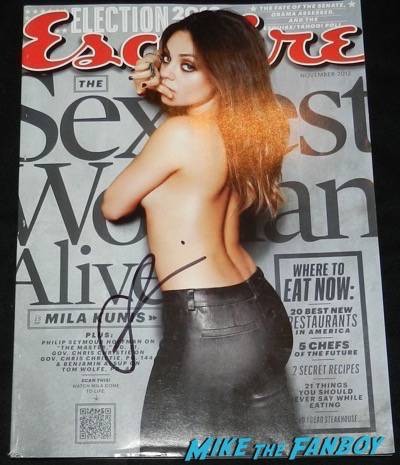 Sean Bean arrived and went right to the carpet.

Finally at 7:10 Channing Tatum arrived. He came on over but seemed to be really picky as well. He skipped a lot of the guys (Chris said that he flat out said, he couldn’t sign for him). 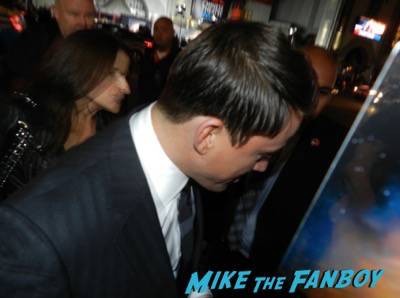 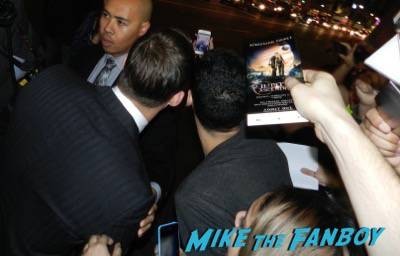 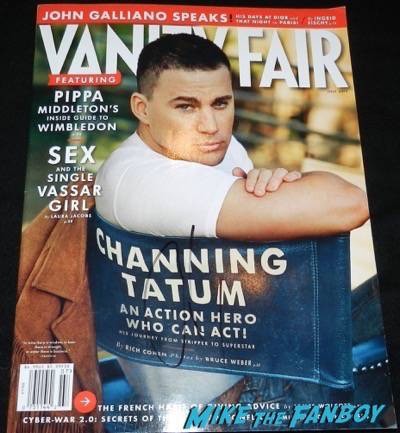 I had a rare European GQ magazine that I saw Channing spot a person or two down that he signed and then he sort of signed my Vanity Fair magazine but you can’t see it at all really. 🙁 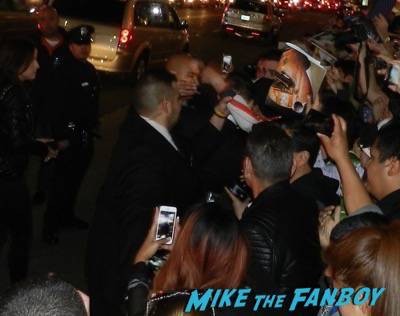 he was moving really fast but was doing selfies.

Look, I didn’t have much hope for this premiere, so I walked away with a couple magazines signed. 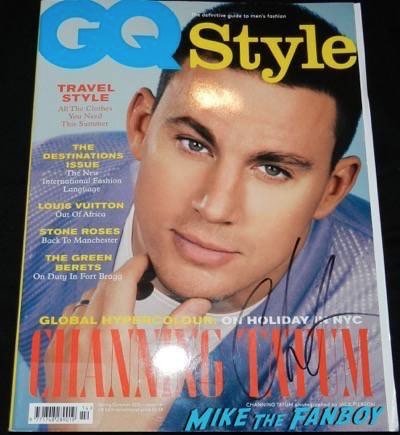