One of the biggest films this summer has to be Jurassic World. It’s sure to be a huge hit and one of the films I’m really looking forward to this summer.

Thankfully, I was able to meet Chris Pratt earlier this year and already had him sign my poster. When I saw that two of the other stars of the film, Ty Simpkins and Nick Robinson would be doing a signing at Dark Delicies, I knew I had to run down. 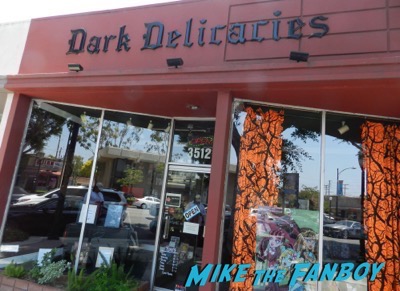 My friend Scott really wanted to come as well as Ace, Chris AKA The Autograph Dog and Alex who were all going to be showing up as well. As a side note, make sure and keep an eye out for Chris’ new store coming soon to Burbank. Super excited for him and we’ll post some info on it when it’s officially having it’s grand opening!

I also had a fuzzy friend in tow who was having a ball running around the streets of Burbank. Theo! He was getting a lot of attention as usual and loving every second of it. 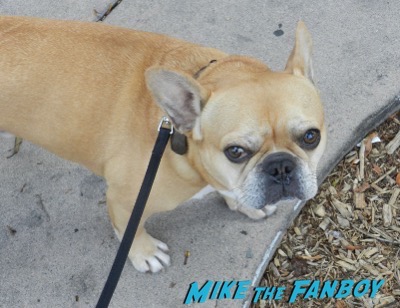 Numbers were given out and Scott and I got numbers about five people apart. So, Scott could go in, get his photo and poster, come out and I could go in.

It actually worked out perfectly. I was also able to meet a few MTF Readers which was really awesome! So glad you all said hi!!

So, for all the line waiting, I basically got to play with Theo. I can’t imagine anything better! We went for a walk, he enjoyed the bushes and marked his territory many many times. 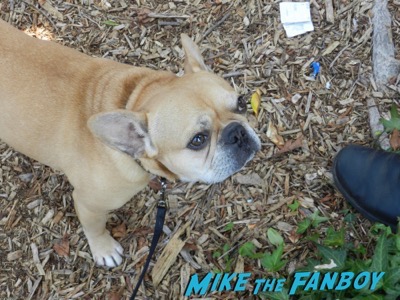 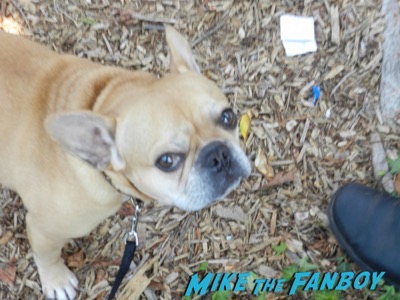 Then Scott ran out and said I should go in. I was going to head to the back of the line, but because my number was almost up, I got to walk right up front. 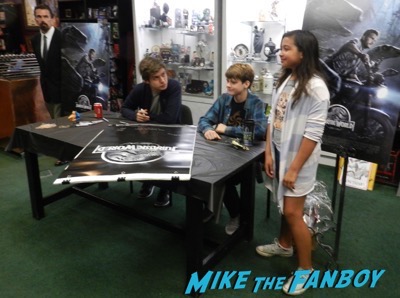 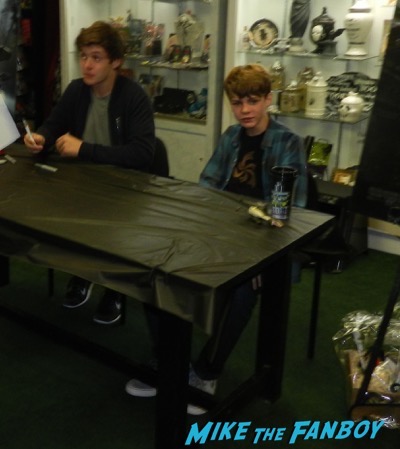 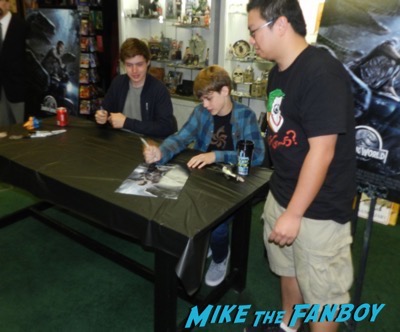 Both Ty Simpkins and Nick Robinson were super cool. We did a photo and they both signed my mini poster. Ty was like, “Oh my God, you got Chris!” and then when I asked them to switch to gold, Ty said, “It looks so cool in gold!” I thanked them and that was it. 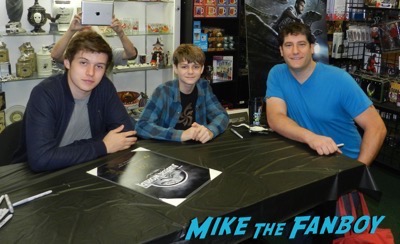 It was a simple super fast signing, but a lot of fun. And the poster looks rocking!

Plus… How cute is Theo! 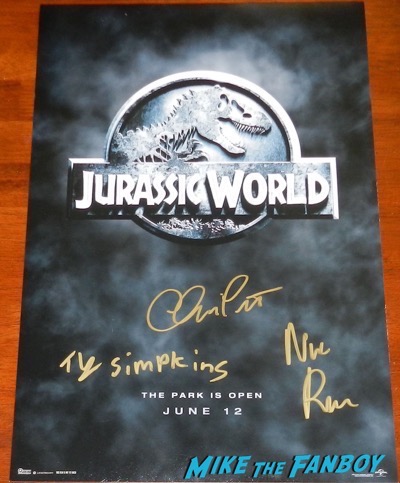 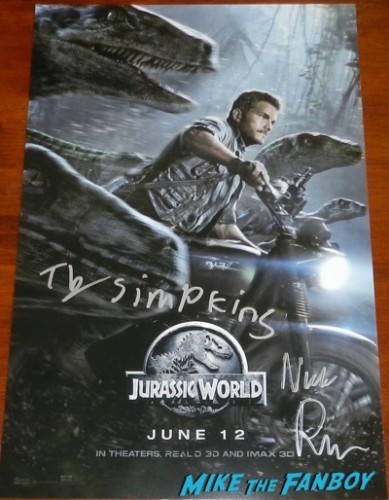