Home / Fanboying! • Stars of the 1980's and 1990's / Just A Night Out With Theo and X-Files Star David Duchovny! Californication Awesomeness! Autographs! Photos and Wait For It…MORE!

David Duchovny why don’t you love me, David Duchovny floating above me… Yeah, that song is ricocheting through my brain. I can’t get it out and now I want to kill Bree Sharp… If you’ve never heard her song “David Duchovny” then I’m probably babbling and you’re like, “What the hell is this crazy fanboy talking about” but it’s a song and it’s good so check it out.

Anyway, if you haven’t guessed today Mr. David Duchovny is doing a talk show appearance and I’m heading out to try and meet him. Why you may ask? Because he’s awesome! And two I have this rare Californication press kit from season 5 to get signed. More to the point my friend Scott is a huge X-Files fan and needs the moral support.

So, what’s a fanboy to do? Take Theo and go meet David Duchovny of course!

7:32 p.m. – Now, I just arrived and there are like 20ish people here. Not too bad. My friend Scott is in line and has his X-Files poster and sharpie all ready. Jack is also here along with Billy Beer. Theo is super happy because he gets to say hi to everyone. Lol… 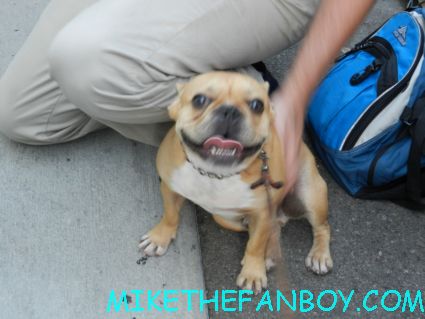 7:34 p.m. – Theo is very excited and is making the rounds. I swear to God, he’s like a mini celebrity. But can you blame anyone? He’s adorable! 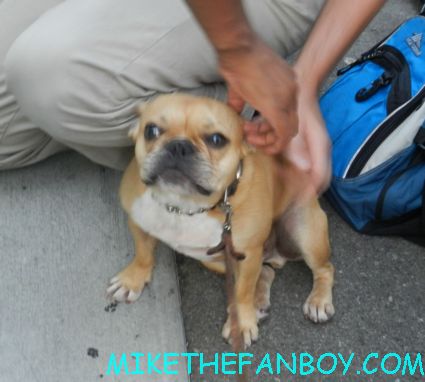 7:39 p.m. – Honestly, I don’t like taking Theo out with me to events but for a smaller event like this it’s fine. 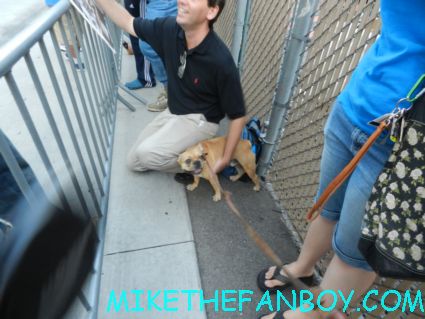 7:41 p.m. – It’s actually a nice night and everyone here is so friendly. It’s some of the usual crowd but this time there are other fans which is always nice. Jack brought his The Jones Blu Ray. Yep, you read it right… Blu Ray! LOL… I liked the movie but not enough to get it on BLU RAY! HA! 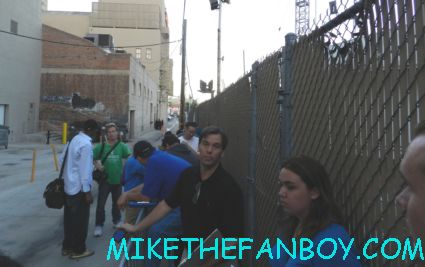 7:42 p.m. – Something seems to be happening… Oh and David is leaving and walking right on over.

So nice. He is signing only one thing each and really sticking to it. My friend Scott is very excited. 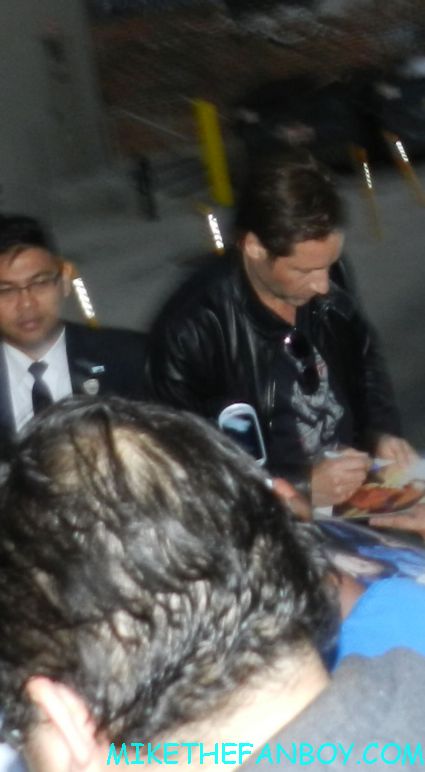 David does a few photos here and there but isn’t exactly chatty. 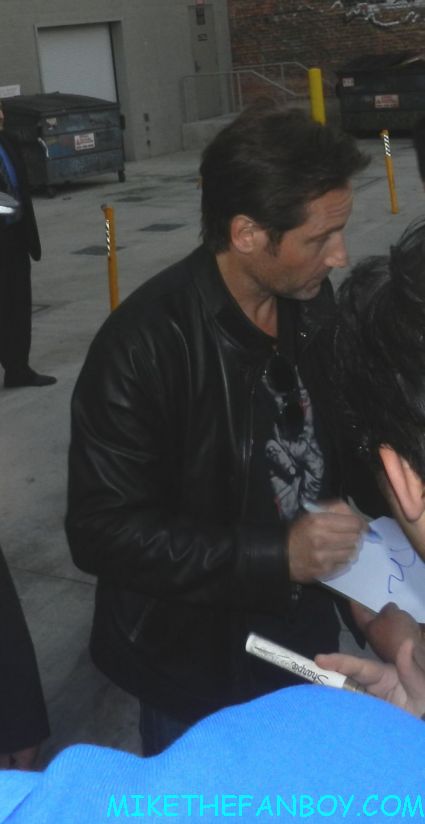 He signs my friend’s X-Files photo and then I ask him to sign my Californication season 5 press kit. 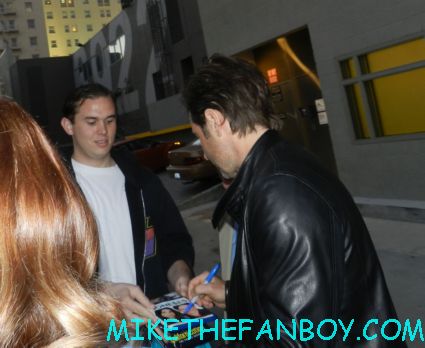 He asks where it is, and I’m like, “here” lol… He signs a couple more and then asks, “Is that from this season?” I said, “Yeah” and then he signs for Jack… (Yes, Jack got two, lol)

I have never met David before but I’ve heard such awesome things, and while he wasn’t the most chatty person in the world it was very nice of him to come over. He was very cordial and kind. 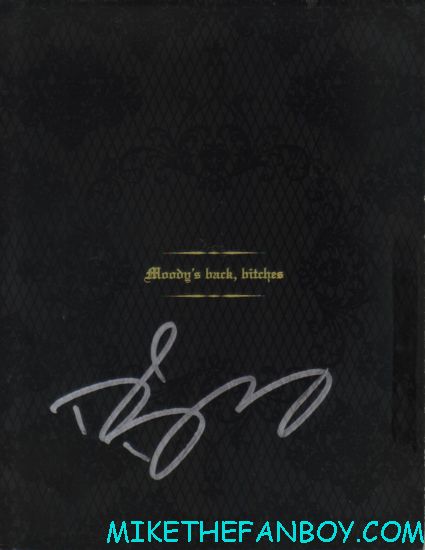 As Theo and I were walking back to the car, our path was blocked by a tree that fell down and blocked the road minutes before we got there! Only in Hollywood people! 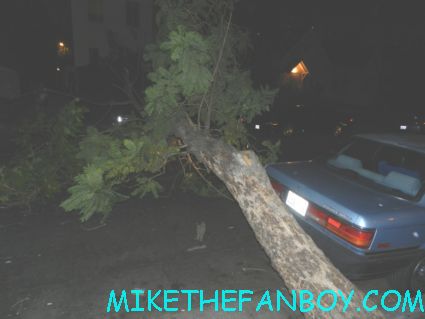 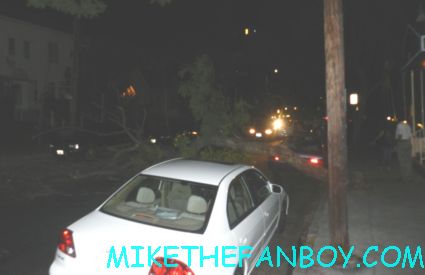