It’s Magazine Monday and Ace is once again on leave.

So, I figured that it would be a good time to bring Sexy Back. I mean, I’m not sure Sexy actually left, but why not bring it back?
I’ve been a really big fan of Justin Timberlake for a while and I’ve been lucky enough to meet him on a couple different occasions. For being an actor and a musician, he’s fairly fan friendly, not something you would normally think.

The one thing interesting about today’s Magazine Monday, is that I actually got the same Rolling Stone signed twice. The first time I had Justin sign it, he had a silver pen. Now, that worked great on the Rolling Stone with him and Christina Aguilera, however with the lighter cover I just wasn’t happy with it.

I ended up finding another cover without a label, cause I can’t deal with magazine labels. I did get Justin to resign it and this time he had a black pen so it looked better.

You can check out Magazine Monday below! 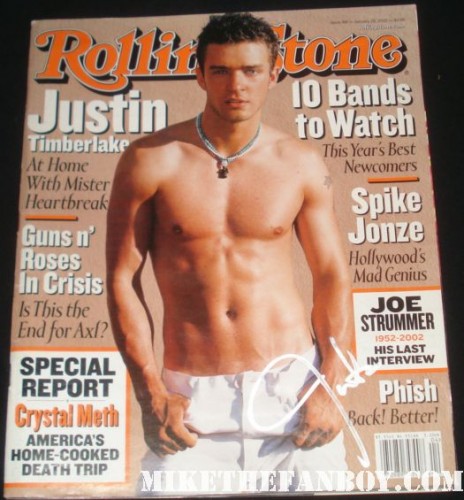 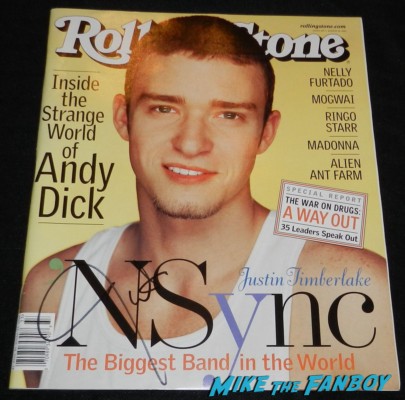 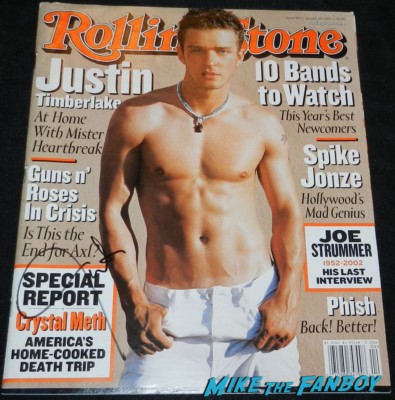 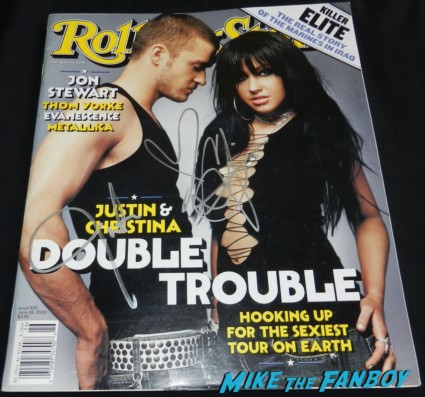