Kaley Cuoco recently got her star on the walk of fame. Unfortunately, I wasn’t able to go, but apparently the cast was in attendance and signed a couple things if not anything at all. At the same time, Kaley apparently took her time by signing across each barricade before heading on her way. All my friends completed their cast items while I still needed her on my magazine to complete it.

While I have never had the chance to talk about meeting the cast before, I met them at Paleyfest several years ago in a almost comical manner. The entire cast came over to sign except Kaley, which, at the time, surpised a lot of people.

As of recently, Cuoco and Parsons have become exceptionally harder to get while Galecki, Nayyar, and Helberg are getting much tougher. Lately, I have heard Galecki turn down an autograph request one on one multiple times. On the other hand, I have seen him not be able to put a pen down in public circumstances.

Regardless, the cast walked over and it was a frenzy… You were lucky to get one let alone a few… 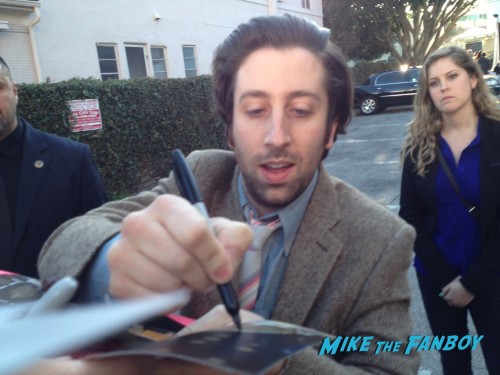 They were all in a cheery mood.However, when I claim comical, I am referencing a fan who kept screaming “Are you actor?” for every person that trotted over and shouted “Sign for Brazil, Brazil!” 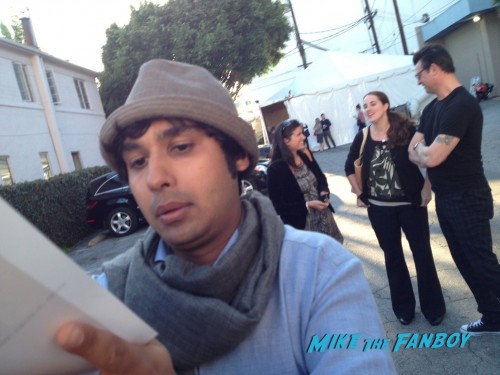 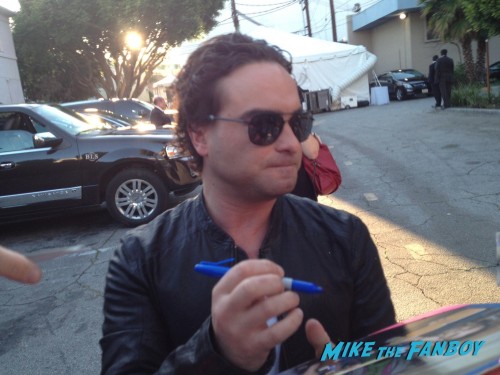 This went on for 45 minutes. If the Big Bang cast hadn’t signed for that Brazilian fan, she would just scream louder… 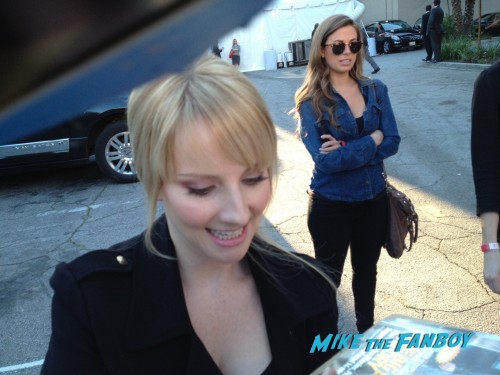 As if by screaming “Sign for Brazil,” louder and louder,  would work as some sort of magic dust that would force them to change their mind… 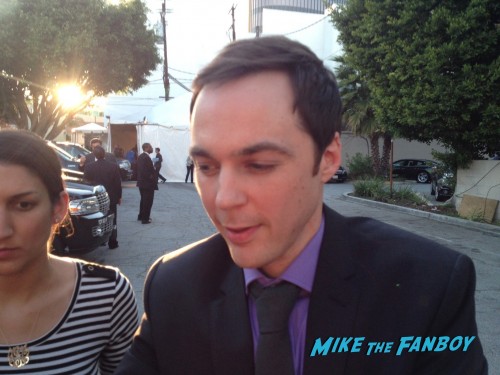 Now, let us fast forward a couple years to the present. I saw that Kaley was doing a charity benefit at a nearby venue. My friend and I discussed it and he decided that it would be a good idea to add her on more cast items, although he had some signed at the star ceremony.

We showed up around an hour before the carpet. There is a few graphers and, at this point, we are all chatting to kill time. When she arrived, we all hurdled up. The flashes from cameras  swamped her. She approached us after realizing that we were standing there… She signed a few and in the frenzy, I didn’t get her. I was totally bummed. She said she would come back, but we all knew that wasn’t true.

She got on the carpet, took photos, and talked to the press. 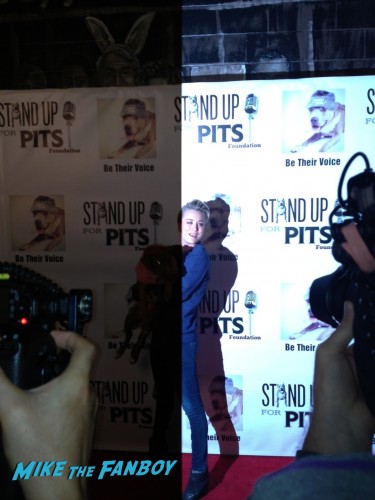 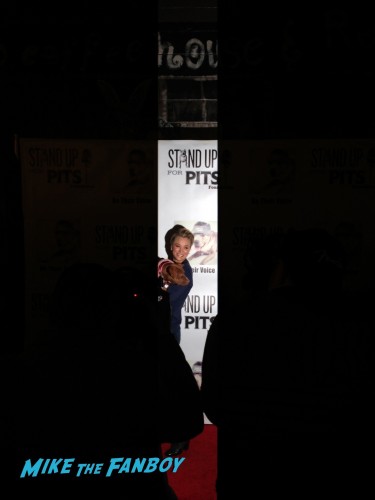 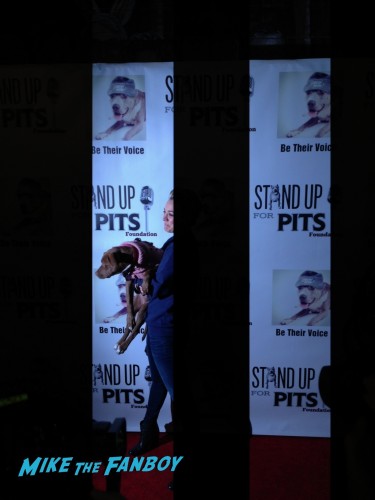 As soon as she got off the carpet, I knew that she was going to head straight for the door. 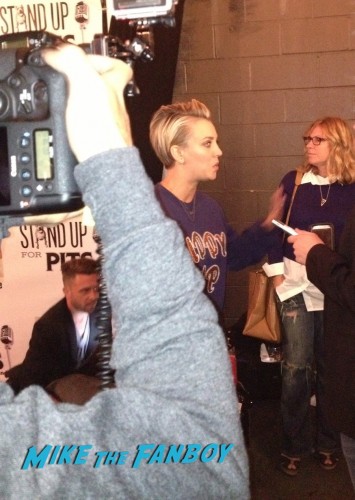 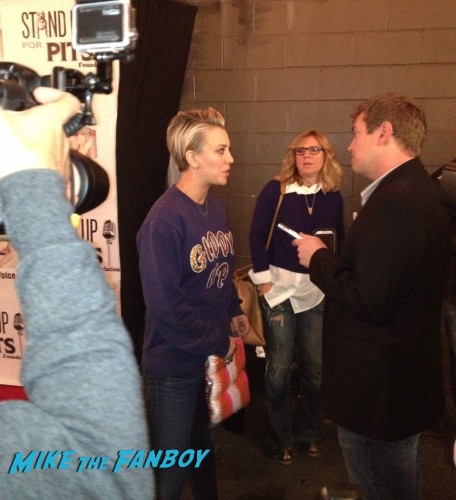 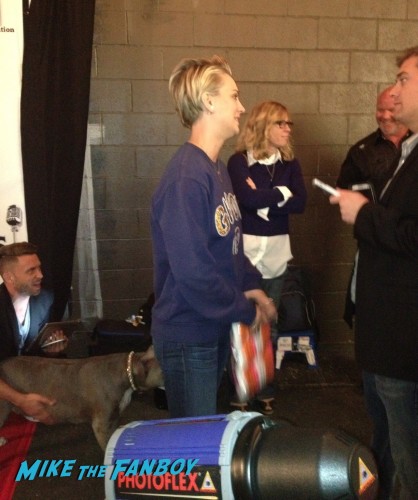 I stood by a friend and his son. We weren’t supposed to stand there and a security guard advised me to back away, and I tried to be nice as possible while not listening. Sure enough, my friend asked for a photo with her and his son.

Immediately, as the photo was over, I asked Kaley if she would sign my magazine as she was the only one I needed. She signed it right away. 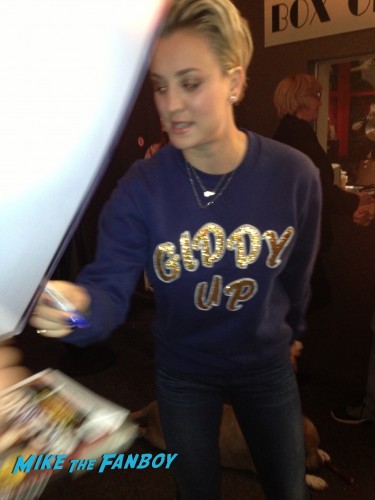 From the extreme excitement or shock, I didn’t care to think to ask for another on my cast items. I walked back with the rest of the crowd, as she was rushed inside. 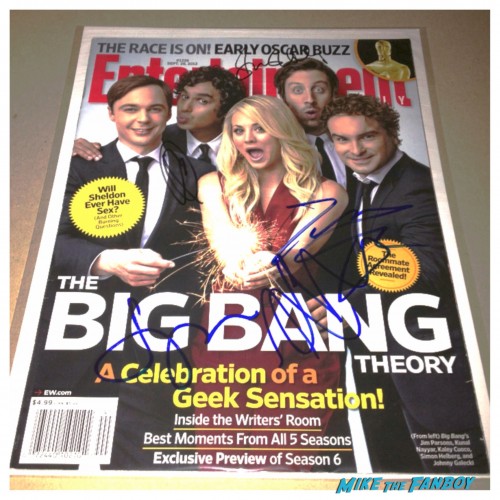 And with that, it only took me a few years to finish a cast piece… 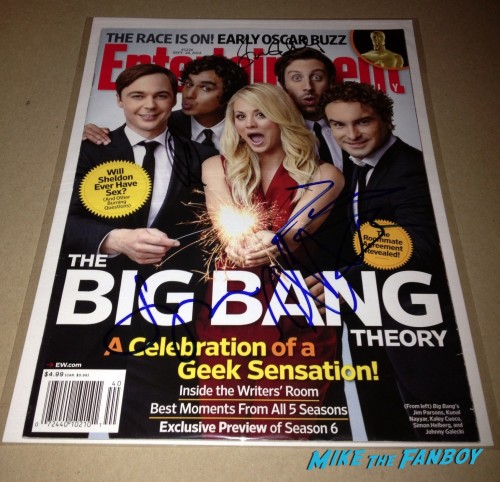