Pinky is out and about at the Emmy Awards so I said, I would take over Manic Mondays today.

Scotty and I had the opportunity to attend one of her book signings and it was the first time we honestly saw her out and about.

It was held at the Santa Monica Library and honestly, I hate Santa Monica so going there at that time was a huge chore. I have a Serial Mom presskit I’ve been working on getting the cast to sign it.

We arrived and settled in for the book signing. It was quite interesting to say the least. We heard stories on Romancing the Stone, Jewel of the Nile, etc… She was quite entertaining.

When we went up for the signing Scotty had his Romancing the Stone dvd cover to get signed and had Kathleen write a fun quote. 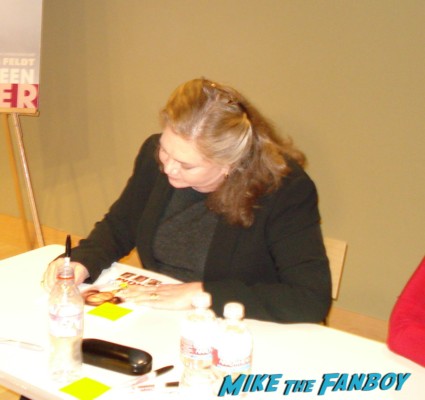 When I got up there, I asked her to write “Pussy Willows” and got yelled at. LOL… Kathleen Turner said, “I will not!” and sort of growled. It was Beverly Sutphin! Then she said, “I will make it to Mike!”

I then asked for a photo and Kathleen agreed and again sort of growled a little. 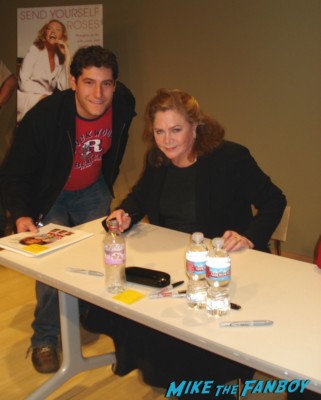 I think because I told her how Much I loved Serial Mom she was doing the Beverly Sutphin voice, but I was afraid for my safety. I might have been wearing white after labor day. 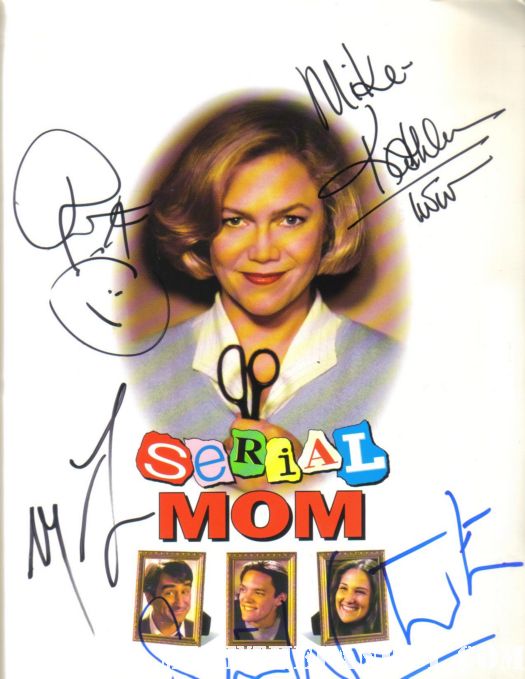