Katherine Heigl is adorable. Okay, there, I said it. Out of all the celebrities out there, I think she gets the worst flap for not being fan friendly. In truth, Katherine Heigl is one of the nicest people out there to her fans. Seriously. Every time I’ve seen her, she’s always taken time out for everyone around her.

To promote her new film The Nut Job, Katherine was on Extra for a quick interview.

Before she arrived the squirrel from the film made an appearance and greeted the crowd. That’s one big purple squirrel! 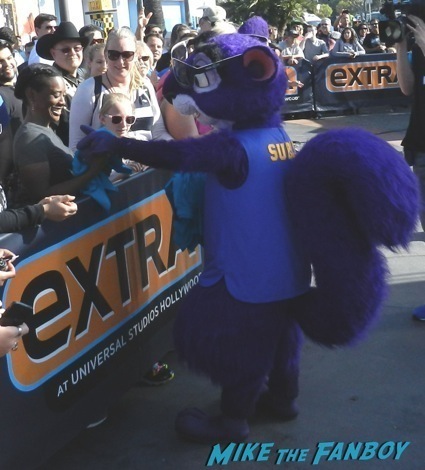 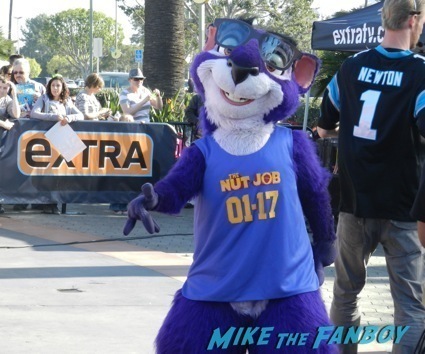 And then Katherine Heigl arrived. She looks stunning! 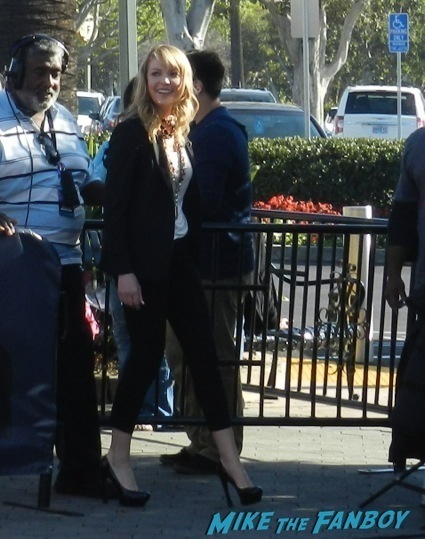 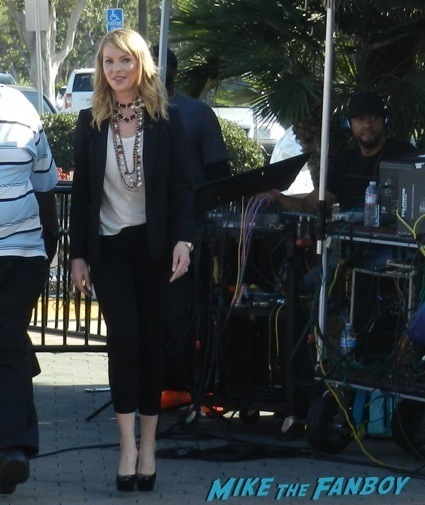 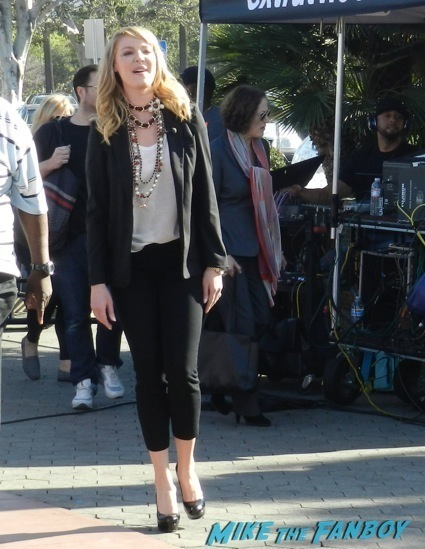 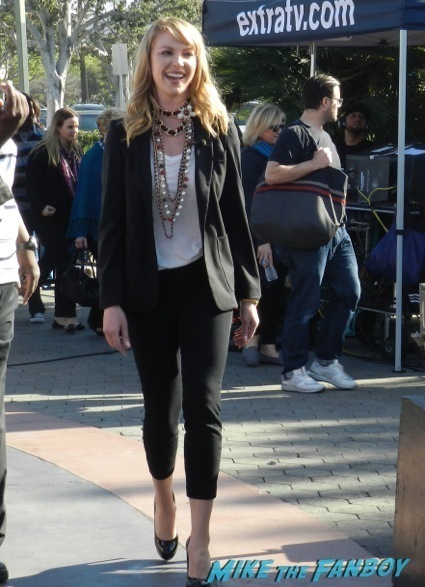 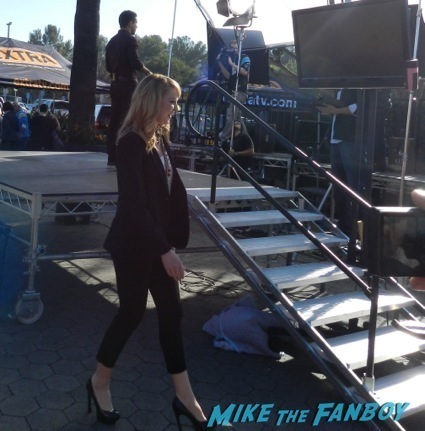 Seriously, amazing. And here’s how nice she she. As she was being introduced by Mario Lopez, Katherine went right to the crowd, and had to be told her needed to start the interview. That’s how nice she is. 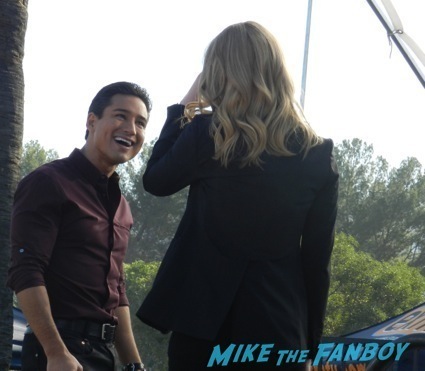 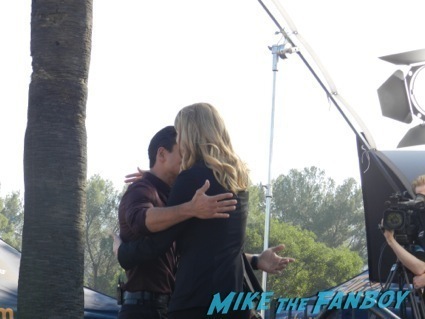 It was a quick cute interview.

Then she comes right off stage and right to the fans. She literally, was signing and signing. 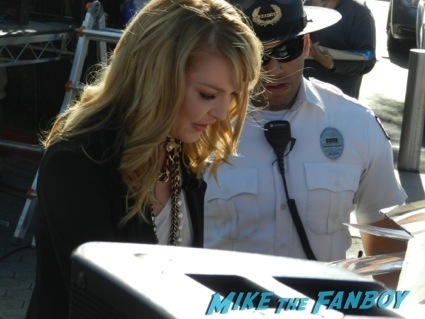 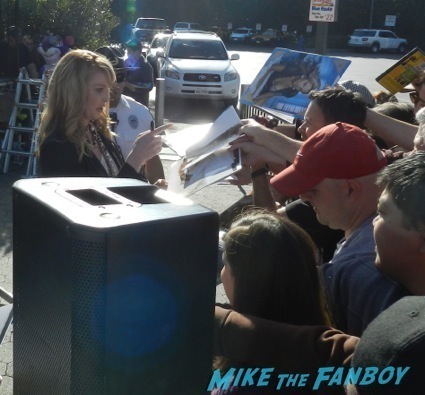 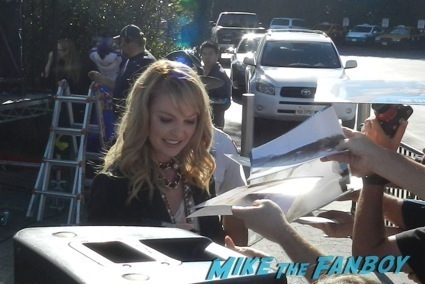 The shows production people, who are never very nice, kept trying to rush her even though she tried to get to everyone. Sadly, Paul and I were a little too far down to get her. 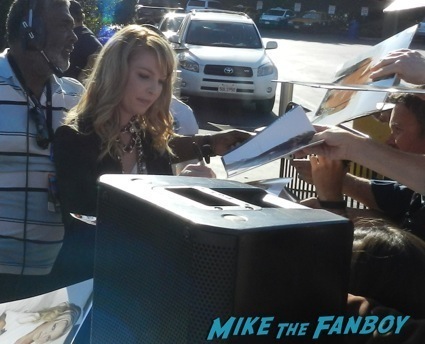 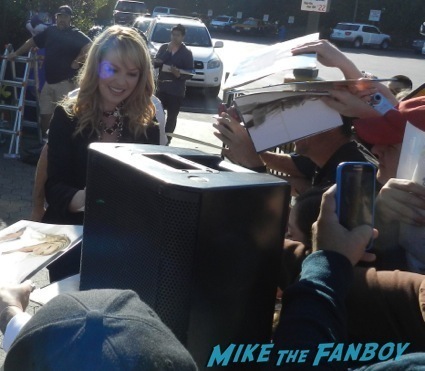 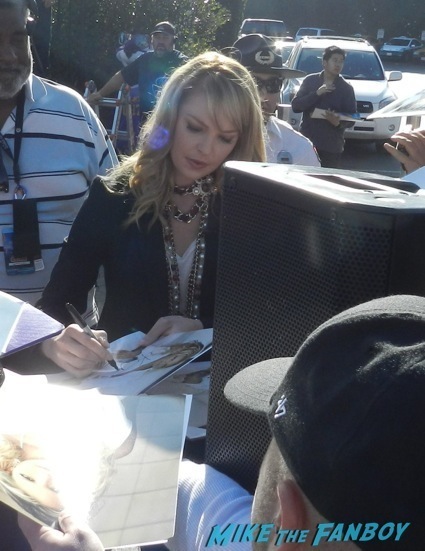 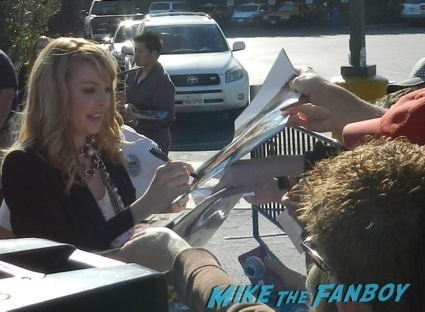 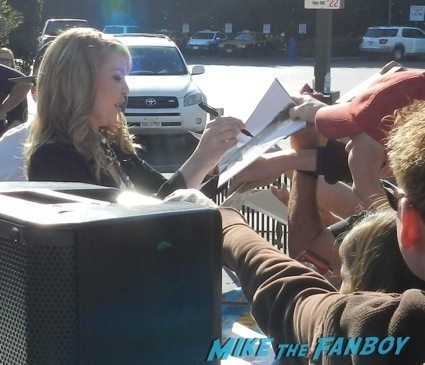 The shows people took her the other way, and really had to almost force her to leave.

I ran around to the other end to try and get Katherine Heigl on my The Ugly Truth mini poster. I didn’t have much hope that it would happen as I’ve never seen anyone do it on this side. As Katherine Heigl rounded the corner we called out to her and she stopped and came right over. 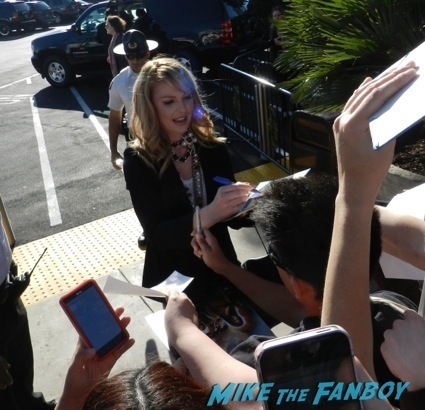 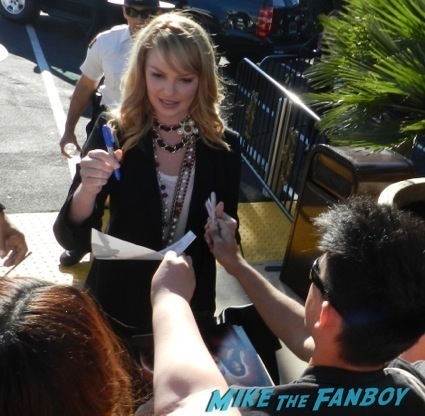 I mean, it was really nice of her. She signed away, and I got her on my mini poster! Woo hoo!

If I had more items, she would have signed those too. Super nice! 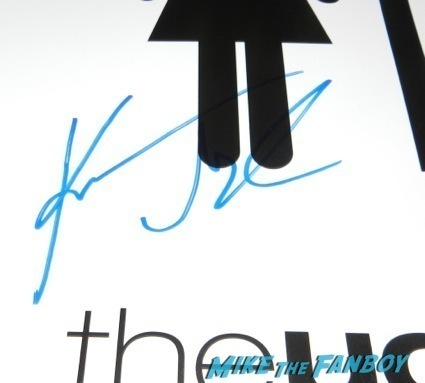 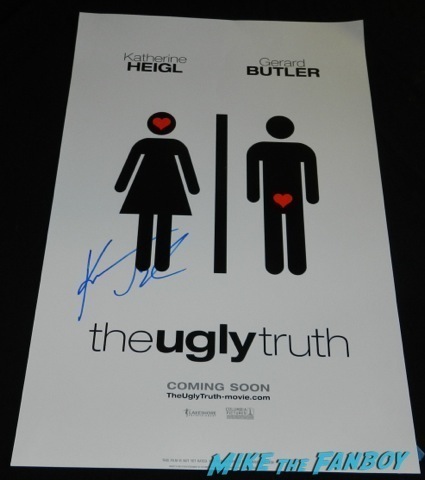