Manic… That’s the word to describe this monday!

Pinky AKA Mrs. Pinkarelli had an awesome encounter with Kiefer Sutherland. How can you not love Jack Bauer? He’s the bomb! One of the raddest guys ever. I heart him!

He was out at a q and a and Pinky was able to get some one on one awesome time. 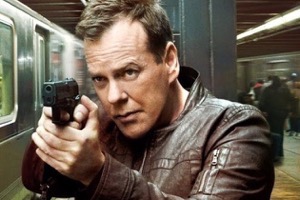 I can’t believe I’d never even seen him in person before last week! When I saw he was doing a rare Q&A, I knew I had to try to meet him. I wasn’t sure how it would all play out, but I couldn’t risk not trying. 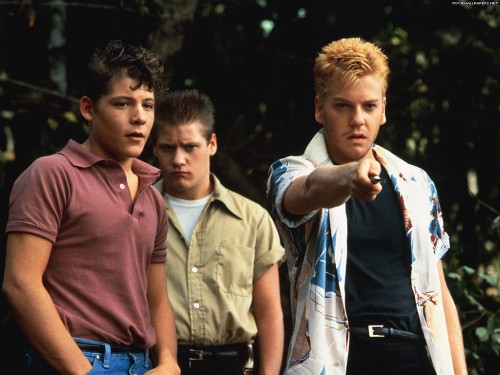 It’s funny, I almost didn’t go after seeing his look at the Tony Awards last week and the beard he was sporting. Initially I was thinking I’d rather meet him clean shaven (but then again, a scruffy Kiefer is always better than no Kiefer). Who didn’t love Kiefer growing up? From his scary roles in both Stand by Me and The Lost Boys, he was the hot guy you loved to hate. 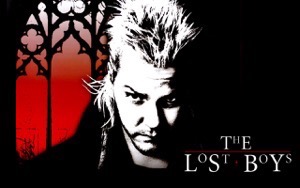 But, I also loved him in Flatliners, Young Guns, and, of course, 24, where he really shined. 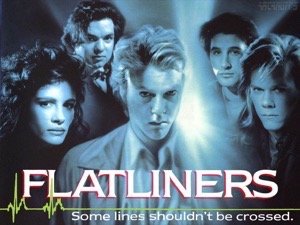 He actually filmed his movie, Cowboy Up, in my hometown of Santa Maria, CA, but I don’t think I was around when it was filming. 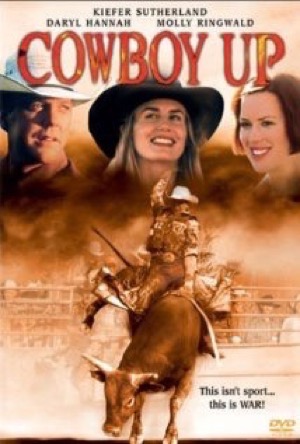 Ever since then, though, I’ve heard how nice he was. He wasn’t just nice to the people in my hometown, but the fan community speaks highly of him, as well. Which is why I knew I had to try and meet him last week. Of course, when the time arrived for me to leave my house, I almost didn’t go (the usual reasons – too tired, other things to do, would rather stay home, etc.), but I’m sure glad I did. When I arrived, I was surprised not to see more people waiting for him. Slowly, but surely, more collectors arrived, but by the time Kiefer walked up by himself and into a nearby store, we weren’t really sure it was him. For some reason, the beard he was sporting looked different in person than it did in pictures and he was taller and thinner than I expected. When he came out of the store, he started walking briskly towards the elevator with his head down and at first I thought he was, “going deaf” when I said his name, but finally he stopped and said hi. He was more than happy to sign for those who had items and then pose for a few pictures, as well. I was afraid my first shot was blurry, so he was sweet enough to take another picture with me. 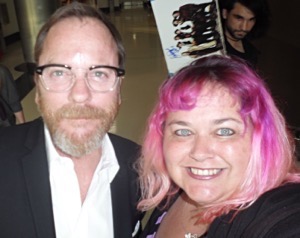 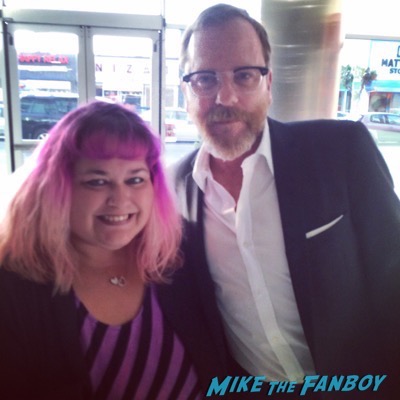