Can I tell you how much I love Kevin Bacon!

He’s been in everything, like everything, I know I like him from some random movies, like Flatliners, Tremors, etc… Personally, since I have a lot of my Footloose memorabilia finished I’m prioritizing Tremors.

It’s one of the best films ever, seriously, if you haven’t seen it, I highly suggest checking it out. It’s a hilarious B-movie throwback with some genuine scares.

Kevin was appearing on Extra and I headed down hoping for the best.

When I got there I was second row, cause you know me, I’m always late. I saw MTF Contributor Paul and hung out with him for a bit. He had a really cool pop figure for Kevin to sign.

Literally five minutes after I got there, Kevin arrived. 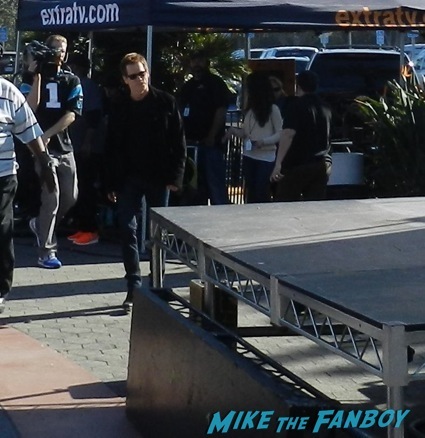 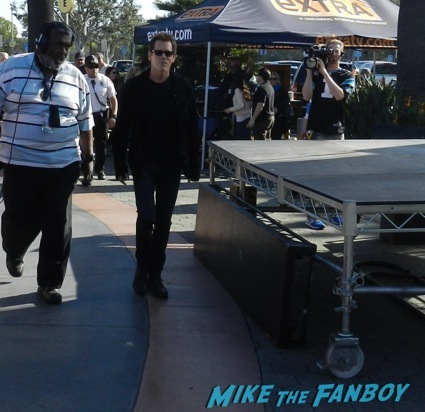 He was really chill. He talked to Mario Lopez about his daughter at the Golden Globes, his new show the Following, and more. It was a really quick interview, I have to say. 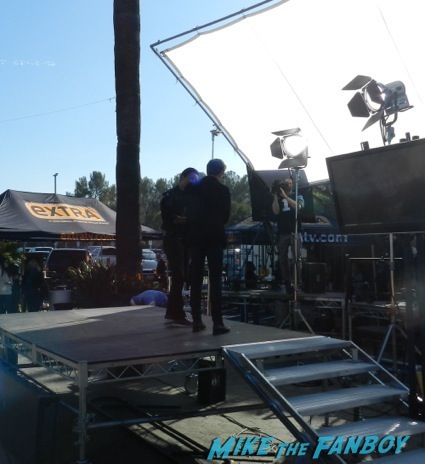 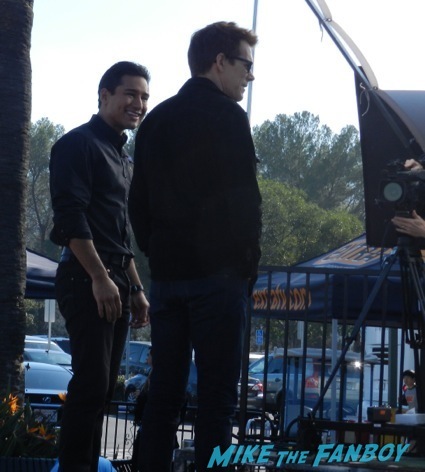 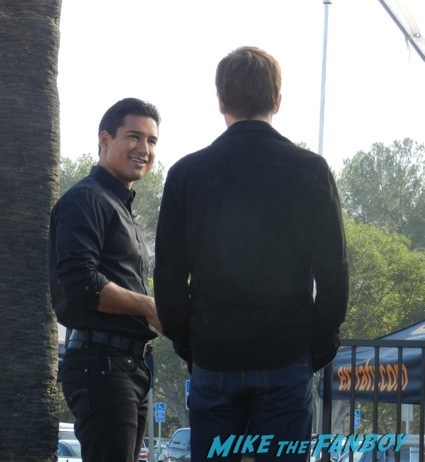 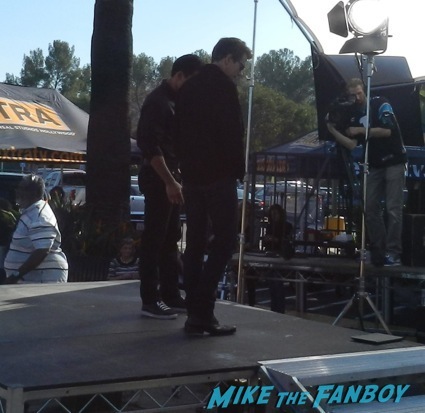 As soon as it was done Kevin came right off the stage and signed for everyone. 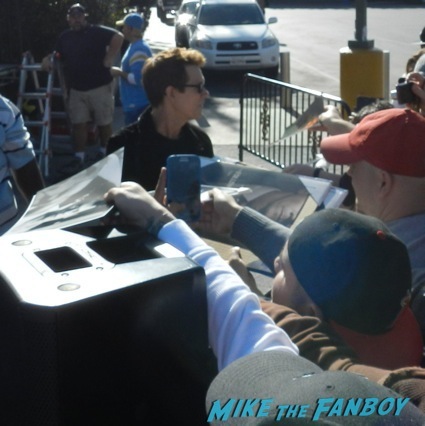 He signed my Tremors poster and I was like, “no, Kevin can you sign at the top where you can see it?” He’s like sure man! He signed it again at the top and it looks great! 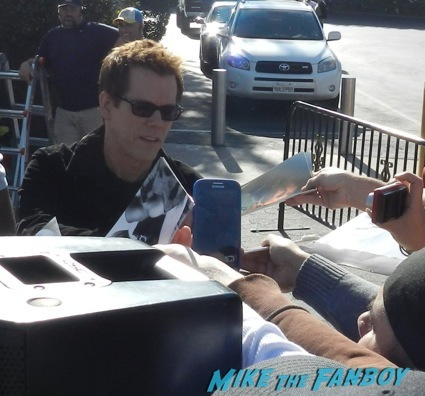 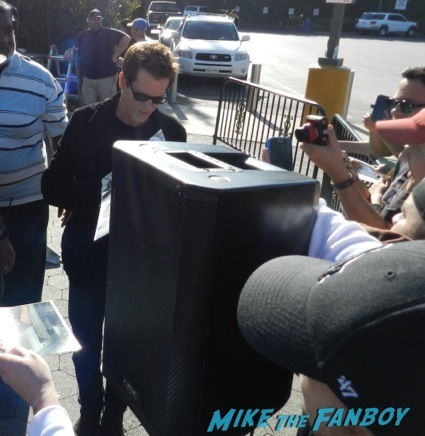 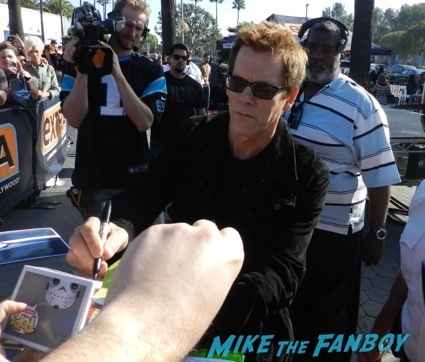 It was simple, it was smooth, and it was awesome! 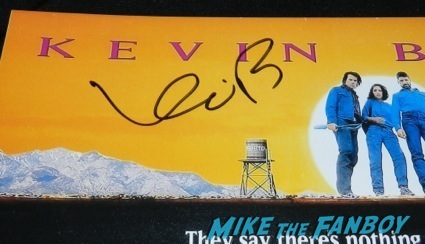 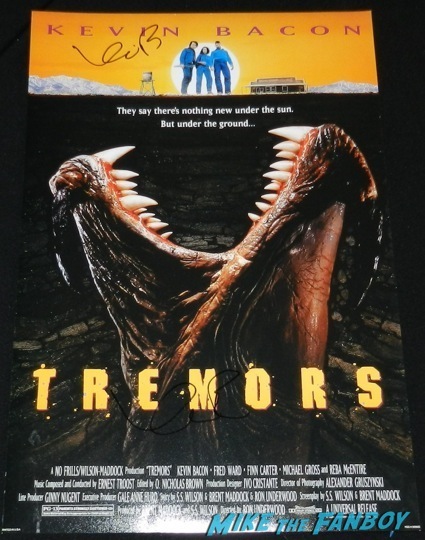