Home / Fanboying! • Stars of the 1980's and 1990's / I Kick Off My Sunday Shoes After Meeting Ren McCormack! AKA Kevin Bacon! Signing Autographs! Photos! Counter Standees!

Wow, when I typed that I even sound tone deaf. That’s never a good thing. Hmmmm…

Anyway, last night I said to myself… “Mike…” I generally do that, “I said Mike… If you make it to Hollywood for Kevin Bacon, great… If not… Fine. You are not going to stress.”

That was a great idea. lol… Now, I like Kevin Bacon a lot. He’s a cool guy and he’s been around forever and has been in everything. I mean, the guy gets around. I’m sure if everyone could take a hot second they could get him on something. I mean… Right?

My main focus is the counter standee because I figured it would be a pretty simple day and I didn’t want to bring it out in madness.

After weaving like a madman to get here, I parked and ran over.

Jack was here and staking out his place at the Cade… I’m now calling the barricade a Cade cause it sounds cooler. Garrick was also here and I stood behind them clutching my counter standee singing “Let’s Hear it for the Boy.”

To be honest, I was shocked I made it. Traffic, and the Pacific Rim movie premiere which Billy Beer is going to recap for us delayed me but I still made it! Woo to the Hoo…

I’ve met Kevin once before and he was nice so I figured he would come over to sign. There’s never a guarantee however, so you know… What can you do?

Then suddenly, Kevin Bacon was leaving. 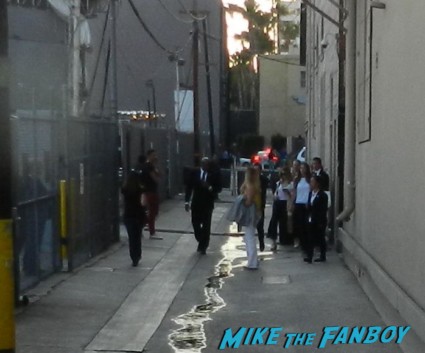 We all yelled and Kevin came right over to us. He started at the end and his publicist said, “One each guys.” Kevin started signing and then said he couldn’t do photos. He made sure and looked at everyone in the eyes while he signed to make sure everyone only got one. 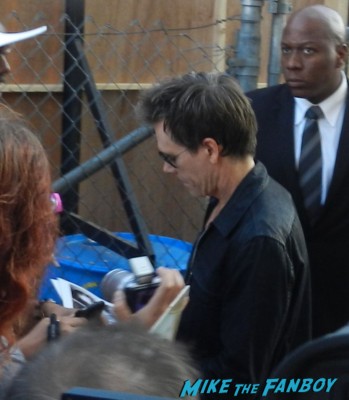 I like getting a couple, but I don’t mind this. I would rather have one than none after all and I can respect that.

Kevin got to us and I figured I would go for the counter standee since it’s assembled and fragile. 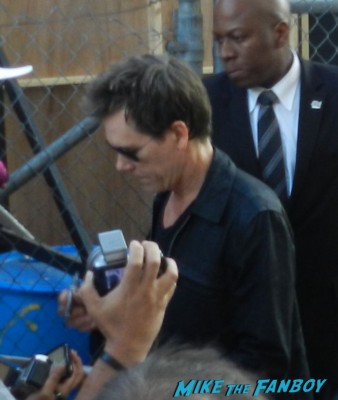 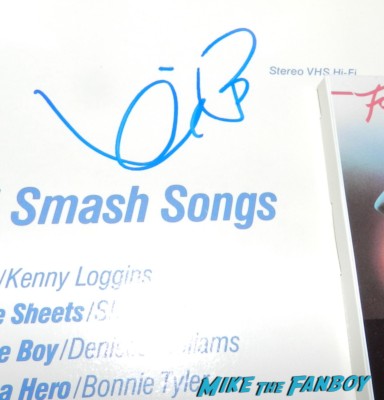 After 38 seconds, Kevin signed one each down the line and was off. I’m talking fast, but cordial and nice. You can’t ask for much more than that right? 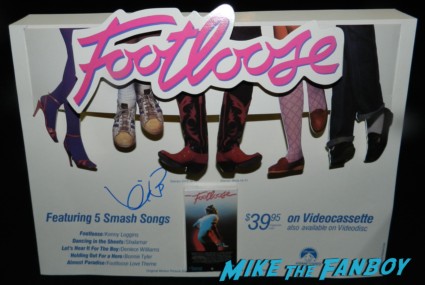