I have to tell you, I’m a super huge fan of The Chilling Adventures of Sabrina, it’s one of the most interesting shows on television right now and keeps getting better.

For part two, the show upped the ante and went to crazy lengths. You have to see it if you haven’t.

There was an event last week, where the star of Sabrina, AKA Kiernan Shipka did a q and a. I headed out to get a few things signed.

I grabbed my friend Vanessa to go with me, what I didn’t realize was that it was going to freezing cold. Normally, one doesn’t associate CA with freezing cold but my goodness, it was freezing. 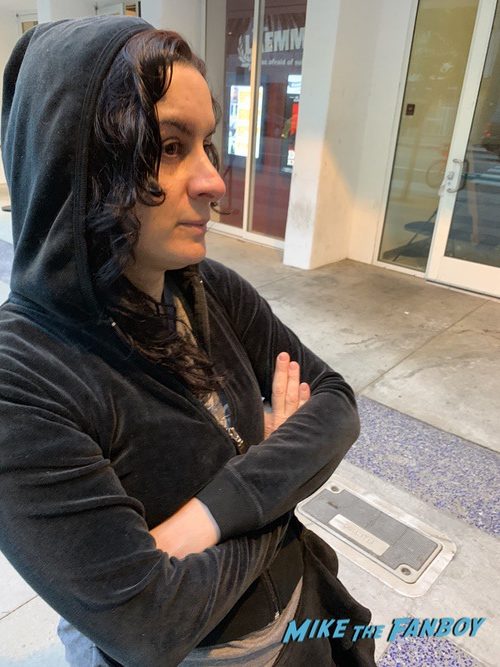 We waited and waited, it was about an hour and a half but when Kiernan Shipka arrived she was adorable. There was about 15 people waiting and Kiernan Shipka just signed and took photos with everyone.

Since Vanessa was with me, I brought more than I normally would and Kiernan Shipka signed everything anyone had. That’s how nice she is!

I had my Sabrina shirt on, and Kiernan Shipka said, “OMG, I love your shirt!”

Then we both were lucky enough to get photos with her as well. 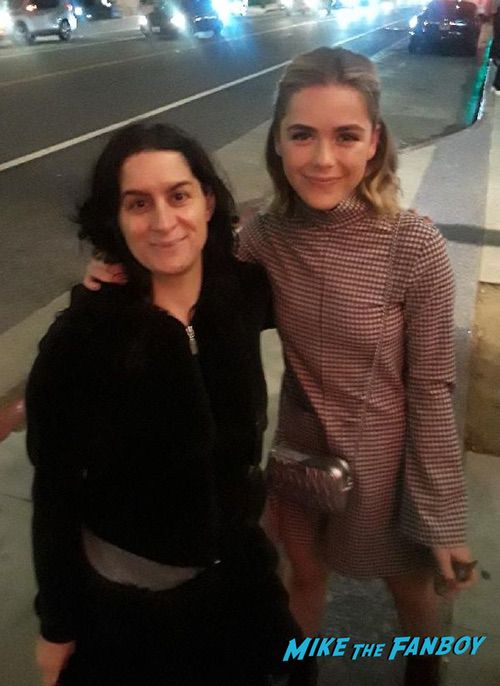 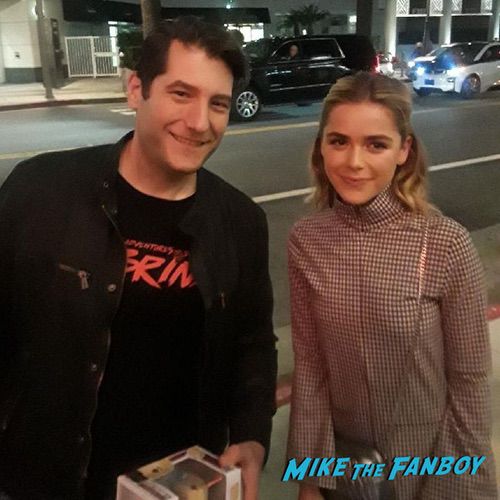 It was an amazing night! 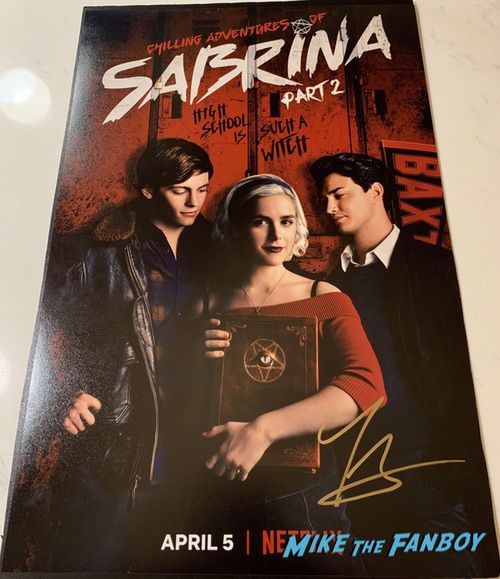 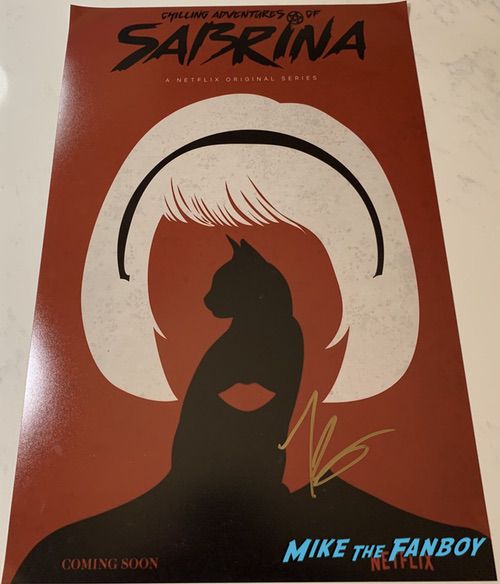 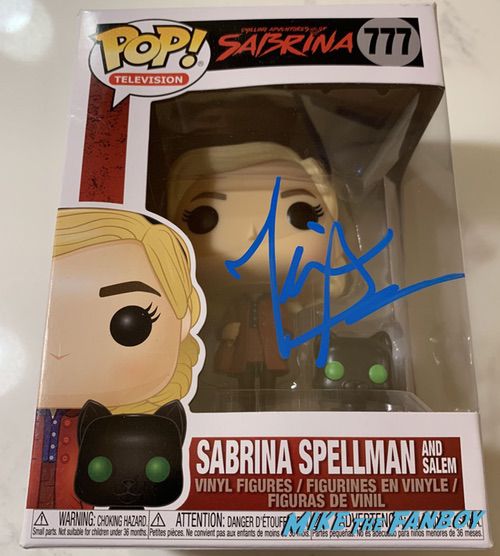 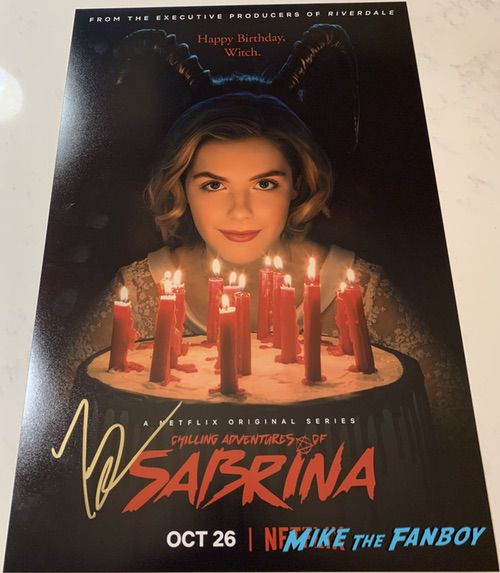 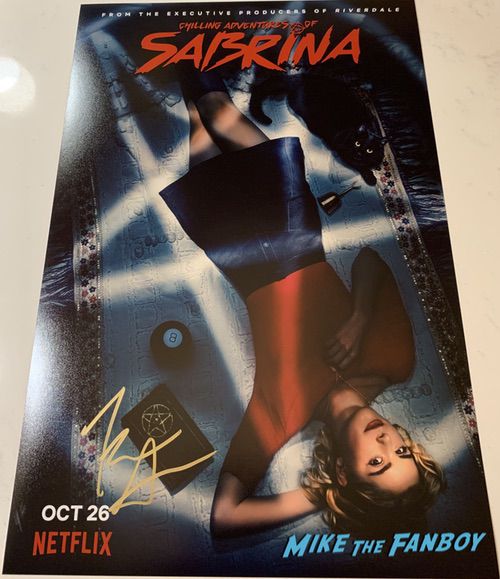 Since Kiernan Shipka was so nice, I thought I would pay it forward by giving away one of the photos below! It’s 12×18 and I got it signed myself. 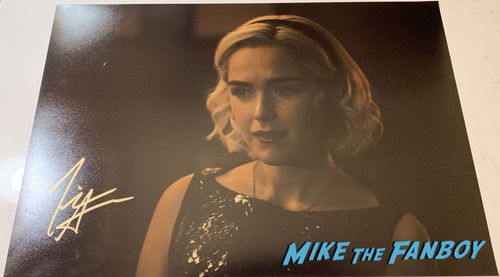